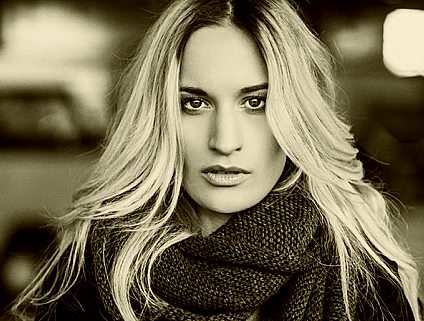 Below is the latest from Anabel Schunke, as posted on Roland Tichy’s blog. Many thanks to JLH for the translation.

The deceptive security of the familiar

It’s not modernization that frightens me, Mrs. Merkel. It is the uncritical attitude, the silence of our establishment about the true problem — the reactionaries of Islam.

Merkel wants a fourth term. Anything else from the cowardly, tunnel-vision CDU would be very surprising. It seems like forever that the party has been leaning on the allegedly sturdy shoulders of the chancellor, and hoping for security. But she herself has caused the lack of security, and now there are no longer any certainties. Ultimately, the question is: who else should do it, other than the one who tipped the balance?

Oh, how people in Germany turned up their noses at the United States. Because, in the end, only these two hated candidates were left. As if Germany were any better. As if the haggling about the presidential election and Merkel’s renewed candidacy had not demonstrated what a sad swamp of mediocrity — indeed underperformance — our political landscape is. It is a land where, ultimately, the decisive posts are held by a former bookseller from Würselen who resembles an undertaker, a failed teacher who derides some of the population as a “pack,” and two people with upside-down smiles, of whom one refuses to congratulate the future president of the US, while the other, during one of the country’s greatest crises — which she herself has brought about — is blathering that digitalizing and insufficient broadband have caused the crisis. As she always was, Merkel is the one-eyed person in the land of the blind. The fact that she is clung to despite her proven incompetence when pro-active moves are required of politicians, despite her estrangement from reality and inability to recognize people’s genuine problems, says less about Merkel and more about the political system and especially about her potential competitors.

How little self-confidence must a country have, how anxious and cowardly must a society be, to listen to such people? A society that has put up with all the impudence, the arrogance of recent months, and at the next opportunity checks the same box again?

This, in truth, demonstrates how great the fear of freedom is, and how much perceived security is still preferred in this country. So aside from the question of who else is there, there is another component: the desire for predictability. Another four years with Merkel and the great coalition is probably bad, but they are at least predictable, and in such a time of global terrorism, Trump and Brexit, when nothing seems predictable anymore, we long for the familiar. Even when much of the insecurity was caused by those who offer perceived security through predictability.

I just don’t want that anymore. I no longer want some one-eye at the helm of the country I live in, just because our party system is so screwed up that it swirls only the blind and the one-eyed to the top. I don’t want predictable people anymore, because this predictability palls on me.

Instead, it is high time to realize that it is not meet and proper for a country to be governed by such people, and that there is no security to be had through the agency of these people. We must realize that we have northing to lose, faced with politicians who characterize potential voters who are intended to be helped, to be brought along, as “modernization losers.”

I am no loser to modernization. Not economically dependent, not overwhelmed by digitalization and not simply enraged about the lack of broadband. I do not criticize Islam and the asylum policy of the government because I am stupid or have never met a person from a foreign culture. In fact, I am young, digitally fluent and have friends with immigration backgrounds. I am everything which — according to the government — speaks against Islam-critique and in favor of leftist and multiculti. And I am sick and tired of having to hear people who live in their own bubble tell me that it isn’t so. People, who in their hubris and even more their incompetence, are, even after years, incapable of recognizing what really bothers people, and that it has nothing to do with anyone being afraid that some illiterate Afghan will take his job.

The opening speech for the CDU convention in Essen predicts difficult times. “We ought to…” Nothing in recent years has exposed the chasm between politics and large parts of our society as much as the dressing down of Islam-critics as modernization losers. It demonstrates not only the boundless unworldliness and detachment from society, but, beyond that, the striking helplessness and perplexity of our politicians, which should disabuse everyone, down to the last person, of any feeling of security in connection with the elites. Yes, the last thing I get from these people, and above all the chancellor, is a feeling of security, since they and their ilk, after over a year of the refugee crisis and years of debates about Islam, have still not been able to come to the nub of the problem.

No, I am not a modernization loser. Like the people I talk to every day, who are beyond-the-norm academics and entrepreneurs. Presumably I am the exact opposite of the coarse picture German politicians try to lay over everything and everyone, and pass off as an answer. Yes, it is that ignorance more than anything else that makes me so angry. Even angrier than the actual failure of the supposed elite, who still believe they are entitled to their hubris and their condescending manner to people like me.

Characterizing critics of Islam and/or religion as modernization losers, and thus representing medieval culture and religion as part of the modern, is an unparalleled grotesquerie and a betrayal of the values of the Enlightenment, such as could hardly have been thought possible a few decades ago.

I don’t criticize Islam because I am suspended. Or because I don’t have broadband or am overwhelmed by digitalization. I criticize it because I think it is stupid. Because I see nothing positive in the culture of Islam as compared to my own culture. Because it is good for nothing, and the unconditional and uncontrolled acceptance of Muslims into our land is not a sign of modernity. The sign of modernity is the courage to follow our understanding and logic and reject this backward step.

It is not modernization that frightens me, Mrs. Merkel. It is the lack of discrimination and the silence of your establishment in the face of the true problem. It’s the Islam, stupid!

42 thoughts on “Losers of Modernization? It’s the Islam, Stupid”