Below is the latest op-ed from the German opinion writer Anabel Schunke. Many thanks to JLH for translating this piece from Roland Tichy’s blog:

Against the Right: Narcissism and Pseudo-Activism 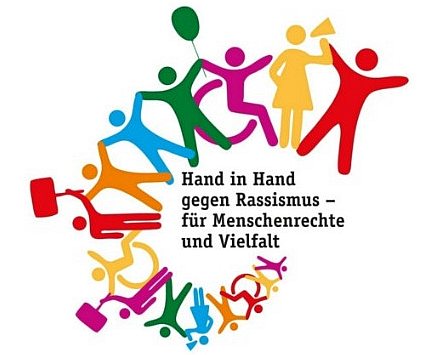 Hardly anything in this country is as little questioned as the phantom battle against the imaginary brown social majority. “Hand-In-Hand Against Racism — For Humanity and Diversity.” A title like that can do anything, because it says nothing.

And here we go again. Faced with the omnipresent racism in Germany — which has in the meantime even jumped to the “uninhibited middle,” as the Heinrich Böll Foundation recently discovered[1] — haste in going to battle against the “rightist rabble-rousing” is called for. A glance at the past months will suffice to create a picture of the increasing racism here. A racism which can be perceived in the many refugee assisters, the general willingness of the civilian population to provide aid and funds in recent months, as well as the many immigrating groups which see Germany as a completely non-racist country. So it is understandable that a clear signal must be given against xenophobia.

“Hand-In-Hand Against Racism — For Humanity and Diversity” is the name of the newly minted alliance against “rightist rabble-rousing,” which is calling for a nationwide human chain for June 18th and 19th. The alliance is supported, of course, by a Who’s Who of German asylum profiteers, organizations of the bleeding hearts and the indignant. Among them, leftist utopian groups like ProAsyl and Campact, as well as public profiteers like the DGB[2] and Diakonie[3] and diverse developmental aid organizations such as Bread for the World and Misereor.[4] And of course the association of experts on tolerance — the Central Council of Muslims, as well as the German Lesbian and Gay association and the Union of Progressive Jews. In this latter case, we might well ask, for exactly what “diverse pluralism” they will be hitting the streets with the others mentioned. Would it be for that diversity in France that provides impetus for the emigration in droves by Jews on account of the mass Arab immigration of recent decades, or perhaps the “multiplicity” that recently cost 50 people in Orlando Florida their lives, because Muslims (possibly suppressed gay Muslims) are not pleased to see gay men freely living out their sexuality?

The theme “racism” plus “battle against the Right” is and remains a lasting motif. You can’t go wrong with it. Hardly anything here is as little questioned as the phantom battle against the imaginary brown social majority. “Hand-In-Hand Against Racism — For Humanity and Diversity.” A title like that can do anything, because it says nothing. You can just see it, when the founders of the action are sitting around a table: “Hey, let’s start an action against the Right. What to call it? Yeah, something with human rights and multiplicity. That always works. Oh yeah, that’s good!”

Meaningless, unchanging phrases with which anyone can agree, and yet behind which there is so much misconception and so little consideration of consequences, that it gives you a migraine. But the meaninglessness is what makes its so successful. It is so noncommittal that anyone can agree with it at no risk of being wrong. Others can bear the direct consequences of this Political Correctness pose we in Germany are dealing with. It is important to be on the right side, unequivocally and with minimum protest. Useful initiatives? Real steps to solve what will be the result of this posture in the coming years? Who needs it?

So the inescapable consequence is that the absurdity of participation by certain organizations in such a movement is not questioned at all. Even in the case of a gay and lesbian organization or a Jewish union, critical comments about Islam based on evident and widespread Islamic anti-Semitism and hatred for homosexuals would require more justification than holding hands with Aiman Mayzek[5] in a lame-brained human chain against the specter of racism. Indeed, it is easy to be “good” in Germany, if you just do something against racism and for human rights.

But what does that mean in reverse? That anyone who does not want to hold hands with Aiman Mayzek is a racist? That Germany is still a deeply racist country and it has to be rubbed in how racist and evil its society is and what we should really think about that? What is this really about? Is it that we are staying aloof from foreigners, that we have something against people of color or our Jewish fellow human beings? Or perhaps it is really about the increasing criticism of the chancellor’s asylum policy, or of mass immigration from largely Islamic countries which is causing so many problems. Is it really that the German is racist, or rather that criticism of Islam is becoming louder and louder and the desire is to stifle it with politically correct human chains?

No question — in Germany as in every other country, there are rightist radical nut cases, but most of them are neither racist nor do we need any human chains in the Battle against the Right to suggest that to the social majority. Criticism of or skepticism about Islam, even though it has not yet appeared in some part-time moralists, is not racism. Religious critique is among the solid elements of an enlightened, modern society. And it is important that it exists and that the discussion about Islam and the mass immigration of Muslims is taking place. If it is not conducted now, then it will be later and more harshly.

The conflicts will become ever more obvious and nothing can be suppressed forever with political correctness and an inculcated bad conscience. Even today, the Left will not be able to thoroughly train people in its philosophy. It is and remains a human need to speak about continued coexistence. If that is passed up in favor of creating a couple of human chains for “diversity” (which no one really cares about anymore) then, sooner or later, things will get really uncomfortable. The Germans will put up with a lot — just not everything.

Nobody is Evil — Only the German

And that explains who is actually demonstrating against whom. What is being demonstrated against here is not a few Nazis from the east or even intolerant, racist Muslims, of whom there are enough. Rather, it is the self-described anti-racist German demonstrating against the non-racist other German who is just not Gutmensch enough, because he criticizes Islam and the chancellor’s asylum policy. Forget targeting those on whom a little tolerance would sit well. Nor the above-mentioned multitude of Muslims on Islamic Facebook, who routinely call Jews dogs, Germans kuffar and gays perverts. No, the target is and remains the evil German and his racist attitude. Fundamentalist Muslims are to be protected under the mantle of empty phrases like “human rights and diversity.” And, in seclusion, they can propagate their intolerant opinions on all possible www platforms.

Beyond that, it would be seriously risky to suddenly oppose those who are actually against human rights and tolerance for all. A phantom battle against the many “rightist” Germans is much simpler. They, you see, do not defend themselves. Nobody wants to be Pegida. And so the apologists for political correctness continue to have a hold on us. The sense or absurdity of such actions is, as always, unquestioned.

And that exposes the bankruptcy of the free society. The fact that we do not question the ideologues and their commitment, while we attempt to silence their critics by use of the ever-present political correctness. That we just swallow empty, meaningless phrases, and do not dare to expose our own, real opinion. That we allow ourselves to be manipulated into a largely imaginary battle against the Right; that we hold hands with Aiman Mazyek instead of at last withdrawing our hand. That we allow guilt to be heaped on us once again and allow ourselves to be called racists, while the actual guilty parties — the racists, the gay-haters and the generally intolerant people are sitting at home in front of the TV and laughing at our human chains.

It is these faux debates, this pseudo-activism that skirts the actual problems which will ultimately strike us full force. Whether there will be a human chain for us then is questionable.

8 thoughts on “Against the Right: Narcissism and Pseudo-Activism”