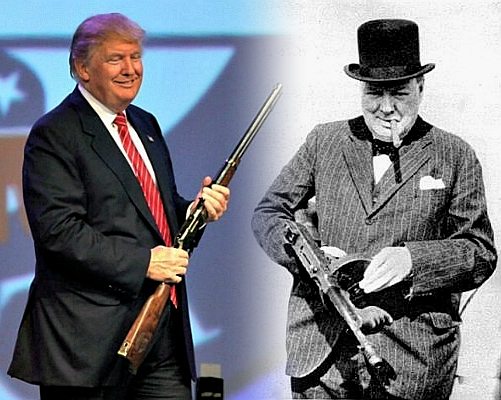 The writer James Lewis first came to my attention back during the LGF-Charles Johnson wars when Chaz blind-sided us with his endless attacks. Those scurrilous character assassinations certainly had a European leftist flavor. Well, no wonder: he was being played by, as Mr. Lewis pointed out at the time, Belgium’s psy-ops people. They, along with Sweden’s EXPO, strummed Johnson like a violin. He was their out-of-tune instrument of attempted destruction. In the end, those he attacked prevailed against his lies. Poor Chazzer continued down the road to perdition, carrying his strange band of followers with him.

That analysis by Lewis lives on as the only accurate (and easily accessible) explanation for the strange metamorphosis of LGF. Because it was so singularly accurate, and because his analysis supplied a much-needed antidote to the daily doses of poison, I pay close attention to whatever I find of James Lewis’ work.

He writes frequently at American Thinker. Thus, this excerpt from one of his recent appearances in January at AT, where he demonstrates once more that he’s lost none of his edge. He begins with the dire situation in Europe in World War Two.(Any emphases or annotations are mine):

A crucial moment came in 1940, before general war broke out, when the British establishment finally saw through its own years of wishful denial. Hitler used those years to build overwhelming arms superiority, threatening and invading one country after another, spreading terror and fear through Europe while promising peace, peace, and more peace. After the “Norway debate” of 1940, Neville Chamberlain took public responsibility for his failures and resigned. Churchill was quickly asked to form the next government. He was ready, and the political establishment finally flipped on the very edge of disaster.

We are now living through an eerily similar moment. Jihadists use Nazi methods to terrify people long before they have the power to [actually] impose sharia tyranny. They work to win the psychological war long before they take over. Today, jihad is buying politicians in Europe and the U.S., with the constant promise of peace. We are seeing a sophisticated propaganda war against us, full of smiling agents of influence like CAIR, paving the way for jihad by the sword. These tactics were worked out long ago, when the early Mohammedan jihadists conquered the Persian and Byzantine Empires, the greatest powers of the time.

It is impossible to exaggerate how close Europe came to extinction in the Hitler war. Peaceful peoples have a hard time even imagining deadly danger, and most European countries just collapsed from the terror and intimidation that Hitler spread. French resistance to the Blitzkrieg lasted only a few weeks before the government surrendered and fled to Vichy.

Aggressors like the Nazis and jihadists try to win long before open battle breaks out. They win by terror. That is the goal of jihad today. Before Hitler grabbed Czechoslovakia and its arms factories, the Nazis actually had smaller military forces than Europe’s democratic countries combined. If France, Britain, Czechoslovakia, and Poland had found the courage to stand together, Hitler would have been too weak to attack.*

He psyched out his victims one by one, snatching the closest ones while telling the rest about his peaceful intentions. The suckers believed him. They fell for it every single time, until 1940 or so.

That is where we are in the jihad war today. Serious people like Admiral James Lyons are publicly warning about jihadist infiltration of our intelligence establishment. We can see it with our own eyes in the Obama crowd and with Hillary’s personal aide, Huma Abedin. The evidence is at your fingertips if you have the courage to see it.

The rest is here.

* History repeats itself. The scenario Lewis describes from 1940 is/was a variation on Europe’s old song of internecine warfare. The Baron has extensively described the deadly inability of European states to hang together. In “The Other September 11th”, from 2006, he wrote:

One of the main reasons the Turks had had such success in the Balkans and Eastern Europe was that their Christian enemies were unable to unite against them. Since the Caliphate and the Ottoman Empire were one and the same thing, Islam experienced no such fractiousness, and it was a united horde that advanced inexorably through the mountain passes and across the plains towards Vienna.

Austria and Poland had long been traditional enemies, only lately coming to an alliance in the face of the common threat. Poland had traditionally been allied with France, but the French were devious even in alliance, especially under Louis XIV, the Sun King. Louis had designs on the German states along the Rhine, and conducted his diplomacy with an eye towards the main chance in Luxembourg or the Rhenish Palatinates.

All of these squabbling political entities were Catholic, and theoretically united under the leadership of Rome. Pope Innocent XI recognized the danger posed by the Ottomans, and, in the name of God and the Church, called on all the rulers of Central Europe to unite against the common foe and save Vienna.

Louis XIV declined to obey his pontiff, and continued his scheming.

Jan Sobieski, on the other hand, was ready to answer the Pope’s call. However, in order to go to war, Polish law required him to get the unanimous approval of the Polish Diet. The French king’s ambassador plied members of the Diet with massive bribes to induce them to vote against Sobieski’s venture. Through most of the summer it seemed that Sobieski would be unable to ride to Vienna.

Fortunately for the Austrians, and for Christendom, Pope Innocent authorized the papal nuncio in Kraków to use the full resources of the Vatican. The nuncio was able to outbid Louis in bribery, but only barely. In the end the Diet reached unanimity and authorized their King to ride to the relief of Vienna.

Ten years later, that post remains worth reading. The illustrations are arresting, beautiful. Looking at it now, I’m wondering if it ought not be an annual event — reposting that tour-de-force from 2006, I mean.

As James Lewis says above, “[w]ill the political establishment finally flip?” [We are certainly] “on the very edge of disaster” and edging ever closer. Will the combined forces of Merkel, Erdogan, and Obama be enough to push us off the cliff?

I don’t mean to pick on Europe — there are plenty of mad political movements in the world. But Europe has been the source of all major international wars for centuries. […]

“Whom the gods would destroy they first make mad,” said the Greeks, and they were right. The very same signs of severe mental pathology seem to show up before every major bloodletting in history. If you look for historical patterns, you can see the signs long before mass violence breaks out again. Today, the most stunning example of pathology is visible in the suicidal policies of the European Union, a grossly dysfunctional family if ever there was one…

I recommend any and all of Lewis’ essays; he is one of the most incisive political and cultural analysts we have. His work remains far ahead of the overpaid talking heads on television or radio; anything he writes is worth your time.

Just look at his take on WaPo conservatives vis-à-vis Trump, or…anything on Putin, or his various essays on Israel. The list goes on… Go here to start reading. No, you won’t agree with all he has to say. That’s inherent in opinion. But you’ll learn a lot.

Surely that’s the highest accolade one can give any writer…?

NOTE: The Baron studied European history in great detail as he worked his way toward his A Levels exams when he lived Harrogate, Yorkshire. Thus his review in the post I cited was based on The Siege of Vienna: The Last Great Trial Between Cross & Crescent by Stoye, John [Pegasus, 2008] (Paperback) [Paperback] . While it was a revisit of old territory for him (although his deepest knowledge concerns the period 1871-1945), it served as part of my own education. He wrote several more posts using Stoye’s book as a jumping-off place.

What made this particular post even more interesting (for Americans at least) was his segue into America’s Civil War. I fear we haven’t learned much either. With the de facto and deeply illegal secession of many American cities who set themselves up as “Sanctuary Cities” for undocumented aliens, we stumble ever nearer to our own lethally internecine battles. The only questions remaining are “how” and “when”. “If” is no longer part of the equation.

34 thoughts on “James Lewis on Jihad, Trump, and Churchill”