Update: I made a statement that Jeff Lipkes — the author of the 12,000-word three-part article at American Thinker that was mentioned in my post — disagrees with. Although nothing I wrote referred to him by name, I am more than happy to help him set the record straight.

Mr. Lipkes sent me the following request this morning (August 2) via email:

The charges made by the Baron yesterday that my review of American Betrayal was “commissioned” by anonymous “arbiters of the ‘accepted history’” are completely untrue. I myself proposed the review and was not, alas, reimbursed by anyone.

someone in allegedly conservative circles has decided to spend the money to add more concrete to the containment facility surrounding Diana West. This operation is not like a rant posted on an obscure blog — the editors of these venues are on salary, and the free-lancers who pen the screeds expect to be paid. In other words, somebody who has money wants Diana West to lie back down and stay dead.

Again, these charges are untrue.

I would also like the opportunity to reply briefly to the blog post and to Andrew Bostom’s.

I was very sorry to learn that Mr. Lipkes didn’t get paid. He gets my sympathies as a fellow writer — I know how much work it takes to produce 12,000 words. I just assumed that a piece that long must have been commissioned for pay. My mistake! 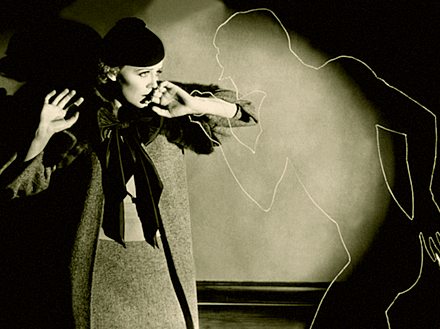 Almost a year ago, Gates of Vienna joined the controversy over Diana West’s book American Betrayal. The fight had already been raging for several weeks, but I had been reluctant to join the fray, because Ms. West’s topic — the Communist influence on the American political establishment in 1930s and ’40s — was off our mission statement, even though both Dymphna and I found it fascinating. Moreover, the fight was turning out to be an ugly one, and not something that one would want to be involved in without a good reason.

A good reason eventually appeared: Diana West was unable to find a venue that would accept an article answering some of the heated charges aimed at her by her critics. So we hosted her essay here, and continued to follow the course of events through the fall and winter as further doors slammed in her face and more and more prominent writers called her nasty names or deprecated her abilities as a researcher. 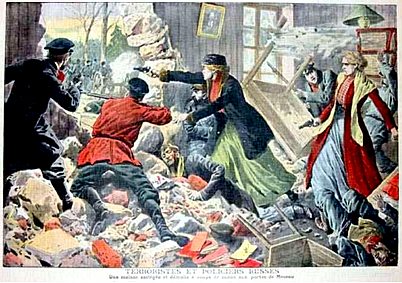 It quickly became evident that something more than scholarly disagreement was behind the virulence of all the attacks on her. From the moment her critics began panning the book, they employed less-than-scholarly terms to express their opinions. They referred variously to “West’s fictions”, her “unhinged theories”, her “dangerous one dimensional thinking”, and her “truculent recklessness”. They called her “a right-wing loopy” who had not yet been “house-trained”. She was a “very angry, very self-centered and very reckless partisan” who “organized a kook army” against her critics. She and her defenders were engaged in “unutterable myth-making and jejune dementedness, as they hurl the vitriol of the silly and the deranged”. Most tellingly, “she should not have written this book, which betrays a conspiratorial mindset”, was “a preposterous book”, a “paranoid fantasy”, “conspiracy mongering”, and a “farrago of lies”. (See “An Addled Barroom Brawler”, our post from last December, for the authors of the all those insults and epithets, and the links to where they were published.)

The attacks on American Betrayal continued into the winter. Then, in the new year, the sound and fury faded away, and all the hoopla seemed to be over. However, as I mentioned the other day, the arbiters of the “accepted history” seemed to be dissatisfied with the take-down of Diana West, so they commissioned a 12,000-word rehash of all the arguments. It was published several weeks ago at American Thinker.

What prompted this new wave of Westophobia? Are her book sales still running too high? Are there too many five-star ratings of the book at Amazon? Are positive reviews still being posted on a lot of websites?

Whatever the reason, it’s clear that those who want to suppress American Betrayal have mobilized their forces again. A year after the initial fight, someone in allegedly conservative circles has decided to spend the money to add more concrete to the containment facility surrounding Diana West. This operation is not like a rant posted on an obscure blog — the editors of these venues are on salary, and the free-lancers who pen the screeds expect to be paid. In other words, somebody who has money wants Diana West to lie back down and stay dead.

And the campaign involves more than just the publication of hit-pieces against American Betrayal. Over the past year almost all major conservative venues have been closed to any significant supportive articles about the book. Now the author herself is unable to respond to a 12,000-word error-ridden critique of her work without having her response edited by those who published the piece against her. The cordon sanitaire around American Betrayal is all but complete. One or two more loads of transit mix, and they’ll be done.

If Gates of Vienna becomes the most prominent outlet that allows Diana West and her supporters to respond to her critics, you’ll know for certain that something is seriously amiss in the “conservative” movement.

There is absolutely no doubt that some person or group is behind the push to encase American Betrayal in concrete so that none of its dangerous “McCarthyite” radiation can escape. In the past I’ve referred to this mysterious and well-funded entity as Planet X, a large body that is invisible to the unaided eye, whose existence may be deduced only through its gravitational effects on other bodies.

The other night, when Dymphna and I were discussing this whole sordid business, another metaphor emerged. I said: “What got Diana in trouble is that she threw a bucket of paint over the Invisible Man.”

And indeed she did. Now he’s out there in the darkness frenziedly dousing himself with paint-remover in an attempt to erase his suddenly visible outline. But what was he doing there in the first place, crashing around in the undergrowth frightening the animals?

We’ve discussed various theories here in the past. The most popular hypothesis is that the cult of FDR is so strong that his defenders are willing to exert a lot of effort (and spend a lot of money) to make sure his gilded statue remains firmly on its plinth. Exposing the extent to which Franklin Roosevelt was duped and manipulated by Soviet agents would remove the luster from his cherished visage. Anyone whose actions might lead to this disastrous outcome must be stopped by any means necessary.

A second possibility is a collective reluctance on the part of wealthy conservative Jewish philanthropists to rehash the Red infiltration of our government. Reopening that roster of names might remind people that a high proportion of those American Communists were ethnic Jews. Focusing attention on that unseemly historical fact could cause a backlash against Jews, especially given the current Muslim push to gin up Jew-hatred all over the world. Why add fuel to that particular fire? The list must remain in obscurity!

A third suggestion is that some of the allegedly former Communists among the principal instigators of the push against American Betrayal are not “former” at all, but have secretly remained dedicated to the Communist cause, and are determined to suppress any popular understanding of how thoroughly the Soviets subverted the United States government.

It could be that the Invisible Man is a combination of all three of the above factors. Or he may represent an entirely different causative agent, one that no one has yet thought of.

In a way, it doesn’t really matter which explanation is true. What’s important is the paint-covered outline of a man that no one previously knew existed. This Invisible Man is able to reach into the nooks and crannies of the American conservative movement to order the suppression of a book and its author. Virtually all prominent conservatives either joined the Two Minutes Hate against Diana West, or sat in studious silence while the insults and imprecations flew over their heads at the screen.

It’s dispiriting to realize how many writers and pundits I used to respect have sold their birthrights for a mess of pottage. In order to preserve their funding sources and their access to choice media opportunities, they are willing to sell a colleague down the river. They’re a Shadow Cabinet of Whores.

This ugly incident also reveals the extent to which the larger conservative outlets — on the web or in print — are just like the MSM. They are willing to suppress the truth and enable lies if it serves their own venal interests. What this means for the rest of us is that we are forced to drink from the springhead of information — everything downstream may well be contaminated with the pathogens of expediency. It means trolling through the “fever swamps” seeking primary sources of information and digging for expert analyses that have yet to be corrupted by Mammon.

It’s a ghastly moment. I wish I could continue to believe in the illusion of integrity among the wise and revered pundits of conservatism. But that is no longer possible.

What is the significance of all this from the perspective of Gates of Vienna? Our mission is the Counterjihad, after all — why should we concern ourselves with a war between anti-communists and crypto-Reds?

Well, for one thing, the Communist infiltration of the Roosevelt administration in the 1930s and ’40s is mirrored almost exactly by the Islamic infiltration of the Clinton, Bush, and Obama administrations. Here in the 21st century various agents of the Ikhwan are doing for the Global Caliphate what Harry Hopkins was doing for World Revolution back in 1942. In fact, today’s Islamic infiltration is arguably far worse than anything the Communists ever managed, since we are willingly importing thousands of additional enemy ideologues every year. The Muslim Brotherhood has achieved a level of influence in the media, the academy, and all levels of government that the Soviets could only have dreamed of.

And there are Invisible Men out there right now, making sure that accurate accounts of what is going on are suppressed and marginalized. They, too, have almost unlimited funds at their disposal with which to buy up politicians, editors, and professors who can give their cause a patina of harmlessness and respectability so that ordinary Americans remain reassured and somnolent. If the Brotherhood’s plans succeed, by the time full understanding dawns on the average citizen, it will be too late. The United States will then resemble Beirut, or Paris, or Malmö, with no one aware of how it all happened.

So the Invisible Man who tried to slap down Diana West is important, because he represents the manifold moneyed factions who mean to block any flow of information they deem harmful to their interests. Suppressing the truth is simply part of their job description.

We, the proles, are required to learn that Freedom is Slavery and War is Peace. We must believe that Arbeit Macht Frei. And above all we must pay no attention to that man behind the curtain.

But there’s no doubt that the Invisible Man is out there somewhere. Every now and then he leaves footprints on the dewy grass or tips over a birdbath to alert us to his presence.

And every now and then some gutsy soul pitches a bucket of paint in his direction, and we finally get a glimpse of his sinister silhouette.

My recommendation: let’s hand her another bucket.

56 thoughts on “Stalking the Invisible Man”