The essay below was originally published two and a half years ago as a response to months of unremitting demonization of the Counterjihad in the wake of the Breivik massacre in Norway. Everyone in this line of work came under severe pressure to repudiate the “extremists” in their midst who were alleged to have inspired the Butcher of Utøya in his bloody work. A considerable number of people gave in to this pressure, and some were forced to withdraw permanently from the field.

Since then Anders Behring Breivik has revealed that his affection for the Counterjihad was in fact a calculated feint, and bore no relation to his actual political inclinations. This revelation has made no difference to the media writers and government officials who demonized us back in the summer of 2011, nor do I expect it to. Mr. Breivik provided the media with exactly the “narrative” they longed for, and they are unlikely to abandon it in the face of something as trivial as the truth. They have their story, and they’re sticking to it.

I was prompted to resurrect this post by the widespread reaction to recent events in Ukraine, which bears a certain similarity to what happened after the terrorist attacks in Norway. Writers are expected to pronounce the prescribed shibboleths about Russia, or risk being demonized and dismissed as “Russophiles”. Expressing insufficient condemnation of Vladimir Putin or failing to focus on the brutality and barbarism of Russian behavior invite the shunning and shaming behavior we’ve all become so familiar with whenever Counterjihad topics are discussed.

The tacit demand to repudiate each other for adhering to incorrect doctrine remains as strong among “conservatives” as it is in progressive circles. There are some ideas that are doubleplus ungood, and must simply never be thought. 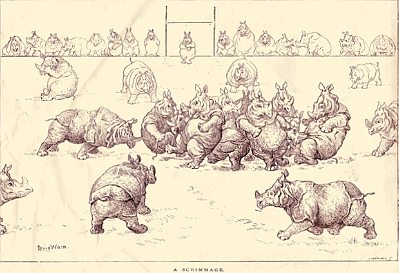 Declining to Play the Game

40 thoughts on “Declining to Play the Game, Revisited”