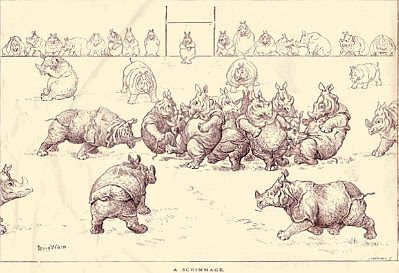 The following essay is based on a series of group emails and skype discussions which took place over the past few weeks.

This synthesis attempts to draw attention to the meta-rules governing all discussions that take place within what we call the “mainstream” culture, especially the media. If we are to reverse the ongoing destruction of Western society, we must devise a new set of sane, healthy meta-rules for conversations about Islam, immigration, and Multiculturalism.

Examples of the ground rules of the game which all players must accept if they expect to win:

22 thoughts on “Declining to Play the Game”