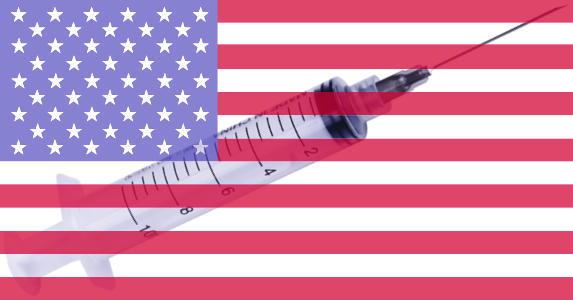 Readers may remember Bret Weinstein from the great culture wars during the halcyon pre-Corona days of 2017.

Mr. Weinstein was a professor of biology at Evergreen State College in Washington State until he ran up against the woke madness that had infected his campus. White people were requested to stay away from campus for the annual “Day of Absence”, to highlight the struggle of people of color against discrimination and white supremacy. Or something similar. Professor Weinstein declined to participate, which placed him at the center of an enormous storm of controversy. He and his wife were eventually hounded into resigning their positions (see the précis of what happened at the bottom of this post).

After the COVID-19 madness had set in, Mr. Weinstein made himself even more of an outcast by speaking out against vaccine mandates and related issues. He is now described as an “anti-vaxxer” and “COVID denier”, and has been relegated to the Outer Darkness of popular culture.

The funny thing is, as I recall, he used to be more or less a regular liberal in his political opinions. He just happens to be one of those rare liberals who (like Bill Maher) is a First Amendment absolutist. And that makes him a “right-wing extremist” in the view of the degraded political culture of 2022.

In the following video Bret Weinstein leads a discussion about the military mandate that requires service members to be injected with the experimental mRNA treatment intended to mitigate the effects of infection with the Wuhan Coronavirus. The policy has effectively caused the attrition of around 80,000 active duty service members, and has had a devastating effect on military readiness. In Mr. Weinstein’s view, the only possible conclusion is that the vax mandate is a deliberate act of sabotage of the American military.

In addition to Bret Weinstein, this video features:

John Bowes is a lieutenant in the US Air Force. He is a student F-16 pilot who has been grounded over the COVID-19 vaccine mandates.

Olivia Degenkolb has been in the US Navy for 20 years as an active-duty service member. She is a foreign area officer, and was selected by the Secretary of the Navy to represent the United States as an Assistant Naval Attaché (Designate) to China. After completing training and moving preparations, her diplomatic assignment was withheld due to her COVID-19 vaccination status.

Videos featuring additional excerpts from discussions among the same group may be seen at Vlad’s channel.

Below the jump is a summary of what happened to Bret Weinstein at Evergreen State College:

Bret Weinstein was a professor of biology at Evergreen State College. In 2017, Weinstein spoke out against a proposed modification of a campus tradition called “Day of Absence.” For many years, students and faculty of color observed a Day of Absence by meeting off campus to discuss campus issues and how to make the college more supportive of all students. In 2017, however, organizers wanted white people to stay off campus on that year’s Day of Absence and attend an event on allyship. Weinstein opposed this change, and he posted a message on a campus email list in which he objected to this proposal. Weinstein also spoke out against a recommendation on faculty hiring by the college’s Equity and Inclusion Council that would require an “equity justification/explanation” for all hires.

Weinstein’s positions on the Day of Absence and faculty hiring led to massive student protests and confrontations between Weinstein and students. Later, protestors took over the administration building. Weinstein’s case became a cause célèbre for conservatives lamenting the state of free speech on college campuses.

In July 2017, Weinstein and his wife, who was also a faculty member at Evergreen, sued the college for $3.85 million, alleging the college failed to “protect its employees from repeated provocative and corrosive verbal and written hostility based on race, as well as threats of physical violence.” In September Evergreen settled with the Weinsteins, agreeing to pay $500,000 without admitting liability. As part of the settlement, Weinstein and his wife resigned from their faculty positions.

23 thoughts on “How Our Military Crumbles”