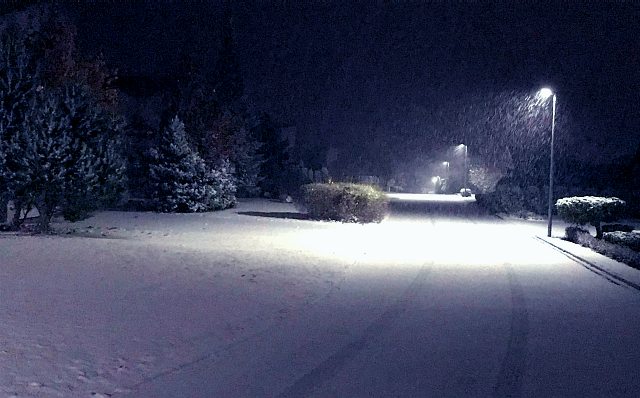 The German authorities are preparing for civil unrest in the coming winter. What’s interesting about this report is the role that the extreme Left is expected to play in the disturbances. The proximate cause of the crisis is an extreme shortage of natural gas due to the sanctions against Russia, which means that the climate-change zealots will be poised to raise trouble if more coal plants are fired up to try to cope with the dearth of electric power, or other uses of fossil fuel are proposed as a way to mitigate the crisis. That must not be allowed, no matter how many people freeze or starve, because we must save the planet!

If people see their existence threatened, things could get tricky in the next few weeks: according to a media report, the Federal Criminal Police Office is preparing for possible protests, blockades and attacks.

The Federal Criminal Police Office (BKA) sees increasing dangers for internal security in Germany in the coming weeks due to the energy crisis and high inflation, according to a report by the Tagesspiegel.

A similar situation to the protests against Corona measures since the beginning of the pandemic may be expected “if a significant proportion of the population feels it is or actually gets into an existential situation as a result of political decisions,” says an internal BKA memo, from which they quoted from the Tagesspiegel.

The Federal Criminal Police Office has also registered attempts by Islamists to take advantage of the current crisis situation. Attacks on the “economic infrastructure” were called for. A spokesman for the Islamic State jihadist militia called for the use of Russia’s war against Ukraine and the unstable political situation in Europe to their advantage, the Tagesspiegel quotes, citing the BKA.

Demonstrations and criminal offenses such as those seen in the Corona protests of recent years are also expected. In addition, there could be occupations and blockades of companies in the energy and armaments industry by the leftist scene.

Criminal offenses against politicians and decision-makers are to be feared from right-wing extremists and Corona skeptics, as well as “violent forms of action” from Corona critics.

A renewed tightening of the Corona measures could also drive parts of the civil-democratic spectrum into the arms of the milieu of the Corona protests, the BKA writes according to the Tagesspiegel.

I’m afraid to say it, but this has all been planned for some time, and the German government is working towards this. Then the demonstrators are driven apart by the police and possibly the Bundeswehr. And this with brute force. Will the order to shoot then follow? I wouldn’t put it past this government.