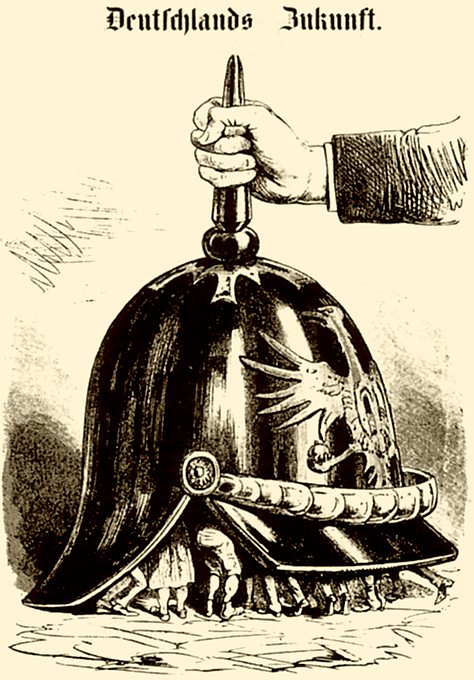 In response to yesterday’s post about the “soft totalitarian” methods used against dissidents by the German police, Hellequin GB (who translated the video for subtitles) sends his translation of an article about the planned use of the German military to deal with civil unrest.

It seems the “soft” totalitarian state is becoming a hard one.

A friend of mine skyped me a newspaper clipping, but I don’t know which paper it’s from.
It says:

According to the Bundeswehr, the BRD military will receive a “territorial command” with 1900 posts from October 2022. According to expert opinion, the staff plans to deploy the military domestically. Major General Carsten Breuer is to head the headquarters. Until recently, Breuer headed the federal government’s Corona staff in the Chancellery.

The only online reference I could find was from a German tweet and an article from July 2021. I’ve translated the article for you.

The translated article from Perspektive Online:

In 2012, the first “Regional Security and Support Forces” were set up. These are companies made up of reservists and are intended for internal military use — specifically to support the police in the event of riots. These are now being renamed “Homeland Security Companies” and are to be increased.

The “Regional Security and Support Forces” (RSUKr) have been available for almost ten years now. They consist of around 3,000 men in 30 companies, which report to the state commands of the armed forces in the sixteen federal states.

They are to support the police internally in “monitoring and ensuring the security of German air and sea space”, in “securing domestic military installations” and: in the event of an “internal emergency”. According to the definition, these would be emergency laws if there were a “danger to the existence of the free democratic basic order”.

It is also possible that the RSUKr units could be used as part of administrative assistance to support the police in “protecting civilian objects”, “protecting critical infrastructure” and “fighting organized and militarily armed insurgents” or “reluctant” sections of the population.

According to a general clause of the European Union, administrative assistance could also be used in the event of a general political strike against utilities, violent mass protests, social unrest and civil disobedience actions through strikes and/or road blockades in the transport, energy or healthcare sectors.

From August 1st, the “Regional Security and Support Companies” will become the “Homeland Security Companies”, as reported by the German Bundeswehr Association. The representative of the German Armed Forces Association, Staff Sergeant Thomas Schwappacher, explained the term “homeland security”: “I welcome the fact that a well-known term has been chosen. Heimatschutzkompanie (Homeland Security Companies) describes the area of responsibility clearly,” says Schwappacher.

At the renaming appeal date in Wildflecken, Defense Minister Annegret Kramp-Karrenbauer emphasized: “As the tasks change, so does the importance of the reserve.” The reserve is also “there in an emergency to protect and defend our country”. (The “Militarization Information Center” analyzed the concept of the “reserve” as an element of the strategic internal militarization of German society ten years ago.)

In the next five years, the existing 30 companies are to be increased by almost 50% to 42. The companies will then be integrated into five “homeland security regiments” in Berlin, Bavaria, Hesse, Mecklenburg-Western Pomerania and North Rhine-Westphalia — which should be set up by 2025.

I don’t know about you, but I’m pretty sure that if my grandparents were still alive, they’d have a sick feeling of déjà vu. I know that I have, after reading this, and I can only go back to anecdotes told by them about that dark time in German history. Is history going to repeat itself so soon? And will the sheeple of the world will be required to shout “Heil Schwab” next? Something they will be probably do enthusiastically, the same way they flocked to the jab-stations and wore/wear the MASK.

11 thoughts on “The Hardening of “Soft” Totalitarianism”