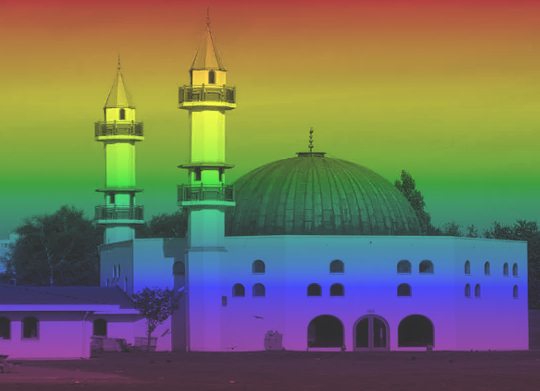 The following opinion piece was written by an alleged Muslim “reformer” in Sweden.

In my experience, Muslim reformers and “moderate” Muslims usually play a carefully crafted role in the Civilization Jihad. Their job is to (1) make it more difficult for the kuffar to resist Islamization by showcasing a “moderate” form of Islam, which of course has close to 0% support from their fellow believers; and (2) divert the attention of the kuffar away from Islam’s “sabotaging its miserable house by their hands and the hands of the believers so that it is eliminated and God’s religion is made victorious over all other religions.”

If Akbar Abdul Rasul were really what he claims to be — a reformer who wants to reinterpret Islamic scripture and convince Muslims to welcome homosexuals publicly — he would be subject to mass condemnation as a blasphemer. He would have received a death fatwa. His house would be bombed. He would be unable to walk the streets for fear of assassination.

The fact that he is still alive and proselytizing for his “reforms” shows that the Ummah understands his true mission and accepts its utility.

Many thanks to Gary Fouse for translating this op-ed from Expressen:

As an LGBTQ Muslim, I have reinterpreted the Scriptures

After Jonas Gardell raised the issue in a debate article, Islam’s relationship with LGBTQ people has been discussed.

I agree with Jonas Gardell* that religious communities must reconsider how they treat LGBTQ people (7-16-22). If religion is about God, love, and rights to a dignified life, religion must also fill that function in society.

Since it can be considered that the LGBTQ movement and orthodox Islam community are completely different entities, since 2016 I have written in Swedish newspapers about the need to reform Islam and have conversations about progressive interpretations of the Holy Scriptures.

The terror attack on a gay club in Orlando in 2016 — just like that in Oslo in June — was an attack against LGBTQ people, and its purpose was to spread fear among them all over the world. For me as a homosexual Muslim, who fled to the West because of my sexual orientation, the attack caused me to reinterpret Islam’s holy texts. I concluded that we must talk about reform and forsake the intolerance that can be found in the holy Scriptures, which do not fit in our time, and use common sense as we read them from now on.

After the attack in Orlando, the outside world began to speculate more and more about what Islam thinks about homosexuality. It is somewhat hard to know since Islam is made up of 1.7 billion people around the world who all practice their religion in different ways. One cannot generalize and say that all Muslims are homophobic since we are not a homogenous group. In most Muslim countries, homosexuality is illegal; in some, one risks death; and in some it is not illegal.

But I know that homosexuality is forbidden in the most accepted interpretations of Islam and that militant groups of Muslims throw homosexuals off of rooftops. Homophobia is the norm in most Muslim circles according to my experience.

The basis for this homophobia is partly due to the stories about Sodom and Gomorrah, which are described in both the Koran and the Bible. The difference is that within Christendom today, it is interpreted in a different way than when it was written. It has a new meaning. Islam doesn’t have that.

Another background for homophobia within Islam is the Hadith, the stories coming from the life of Mohammed. Many of the stories call for violence against homosexuals or argue that they insult Islam and should be excluded from the religion.

The difference between the Koran and the Hadith is that the Koran, like the Bible, is a timeless writing that can be interpreted according to the time one reads it. It wants to be interpreted. But the Hadith reflect only a time and place, that is the 600s (AD) in the Arabian desert. It doesn’t fit into our time. In addition, most Hadith were written almost two centuries after the death of the Prophet Mohammed . For these reasons, there is cause to question them and abandoned them when necessary.

As an LGBTQ Muslim, I also see the religious writings as inspired by God but authored by Man. To recognize this is to take back legitimacy from the most conservative voices within Islam that interpret these writings in a radical and oppressive way.

Because even if the most conservative interpretations of religion can call for the oppression of homosexual groups. so can they also contribute to support and constructive ways away from discrimination. Therefore, it is important to consider religions as dynamic and as worlds of ideas and practices that are constantly being changed.

The researcher Scott Kugle often made an important point on this, for example, in the book, Homosexuality in Islam. He writes that the Ottoman Empire, which ruled over many Muslim lands, had an open-minded relationship to LGBTQ (homosexual) rights, which was later destroyed by the patriarchal reforms within Islam in more modern times.

Others who have attempted to free LGBTQ researchers from the oppression they are subjected to is the researcher Irshad Manji, who wrote the book The Trouble with Islam Today, or imams such as the South African Muhsin Hendricks, and the Canadian El-Farouk Khaki, who both opened LGBTQ-friendly mosques in their home countries.

Society has a responsibility to protect minorities who are vulnerable for marginalization, to recognize differences, and to give people the possibility to identify themselves exactly as they wish. This must also happen within Islam.

It becomes sensitive when it comes to questioning religious norms and values. Therefore, it is important to support voices whose purpose is to change them.

It has gone quite fast, less than fifty years, to change the view of homosexuality in the legislation of Christian countries. And even if many churches in these countries have maintained their negative posture toward LGBTQ people, they are at least mostly accepted. That shows that this change can happen within Islam, too, if the discussion can only take place.

6 thoughts on “Pride in Islam”