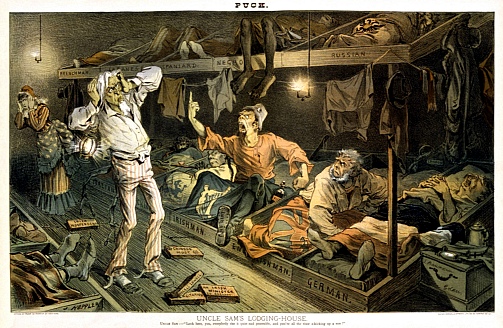 Below is a wry take on the US presidential election from a German vantage point by the popular columnist Hans Heckel.

Many thanks to JLH for translating this essay from Preußische Allgemeine Zeitung:

Why Joe Biden reminds us of Heinrich Lübke, and what Wolfgang Schäuble has up his sleeve.

Let us imagine for a moment that Joe Biden, who wants to be President of the USA, was not a member of the Democratic party, but in the wrong party — that of President Donald Trump. How then would the media handle the challenger? Americans can only wonder what that would be like. Not we Germans though, for we had Heinrich Lübke, whose dementia overshadowed the last years of his presidency and was an inexhaustible source of schadenfreude. Leftist media laughed themselves sick over the poor soul’s real and invented slips.

What does that have to do with Biden? Two quotes with which he delighted the coalition of Asians and Latinos: the anti-racist comment: “Poor children are just as clever and talented as white children.” That was a real “Lübke”, right? Another time, he was defending himself against the charge that he was a total opponent of private ownership of weapons: “I have three guns for hunting, my son has three hunting guns, altogether we have five guns.”

He doesn’t get numbers. His appearances in Internet videos are astounding in many ways. Names, too. He once confused Angela Merkel with Margaret Thatcher, and the states of New Hampshire and Vermont.

So, fortunately, our media protect us from knowing of these bizarre reports — they don’t fit the image of the “great hope” and would only confuse us. After all, what were the Democrats to do? The friendly wink to “Black Lives Matter” and Antifa tells us clearly that the party elite has moved so far to the left that it could shake the majority of voters. So somebody who is redolent of the “Middle” is needed. And old man Biden is the right one. People know him. They will vote for him. Later, the party grandees can slide the old man across the stage like a cardboard backdrop, while completely different persons are pulling the strings and making the policy, whether for Vermont or New Hampshire or the whole country. And if President Biden should later address our Chancellor as “dear Maggie”, Tagesschau will cautiously miss this. After all, what is the cutting room floor for?

It is in Germany’s best interests that Biden be elected. For we hear that Trump’s ambassador in Berlin will be no friend of ours. The opposition is seriously concerned that the appointment of Douglas Macgregor would gravely damage German-American relations. PAZ has already published the quotes that are the source of these concerns.

Among them is Macgregor’s attribution of a “sick mentality” to us, because we are fixated on the twelve years of Nazi rule, and pay almost no attention to the other 1500 years of our history. And yet Germany has “played a decisive role in Central Europe in the defense of Western Civilization”. He also reproaches Berlin over its offer of free state aid for “millions of unwanted Muslim intruders”, instead of raising military spending.

A sinister character with views like that will ruin the already frangible view of the USA among Germans. At least the Germans who appear in the talk shows. And these Germans are the only ones to whom he matters.

Let’s keep our fingers crossed for Biden, for if he wins, he will quickly remove this Macgregor and substitute someone who will please the wise leadership again, because his every thought of border control will bring warnings against racism — and accompanying references to the twelve years.

Those references have been used to inculcate much of the devotion to the European Union. So momentum will build, and thanks to the Corona Crisis, as Federal President Wolfgang Schäuble makes clear: “We must not miss the chance to introduce the European Debt Union in the shadow of Corona.”

That is to say: Germans have been side-tracked. Amid all the billions in aid, no one is looking closely. In the Debt Union, all debts are assumed communally. No matter who invested or squandered the money, in the end, everyone is responsible for their pre-determined share — and the German’s is naturally the greatest.

Does that work? Yes it does. The renowned economist Thomas Mayer explains: Imagine ten work colleagues go out to eat together. Each one orders separately from an opulent €100 menu from soup to nuts. After the meal, it is decided that it is more just and shows more solidarity to divide the bill evenly among all participants.

Not long afterward, the same people again go out to eat together, but now everyone knows the score — how the game is played. So everyone orders expansively, because no one wants to be the patsy this time. So how does that end? Simple: Everyone is full.

But we are not yet at that point. First, there is spending without second thoughts. When a national party in power takes on debt to bribe its voters, it knows that the debts of today will force the cutbacks of tomorrow. Voters, however, want no cutbacks, and will take revenge at the voting booth, which is why there are limits set on the incurring of debt. On the other hand, if a regime (just as an example, Italy), knows that its debts are being carried by someone else — in this case, chiefly Germany — the fear of such is ameliorated. The anger of German voters is of no concern across the Alps, where Germans have no vote.

There is still the problem of this party’s unavoidable bankruptcy. Doesn’t Schäuble see that? Of course he does, the old fox!

As soon as collective bankruptcy appears, we will not be told that everyone must share the responsibility, because no one is taking it anymore. No, Schäuble and his groupies will conclude that “the nation state has apparently reached the end of its usefulness, and fiscal sovereignty — excepting a few items here and there — must be passed on to Brussels.” So the crash is part of the plan! For now the EU central state is at hand, where it will no longer be the peoples and democratically elected parliaments that have the say, but the EU bureaucracy, with its cartel lobbyists and NGOs. The “Corona Crisis” will have to last long enough for this to be achieved. Until then, Mask On, Mouth Shut!