Our Dutch correspondent H. Numan checks in with the latest political scuttlebutt from The Netherlands. 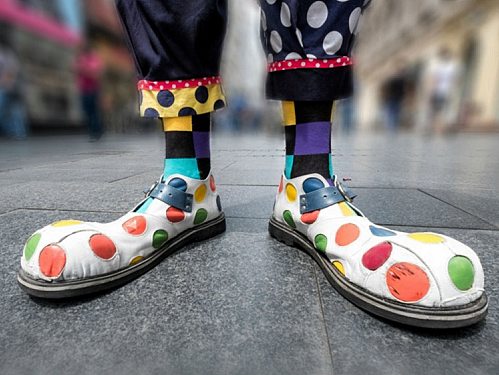 An interesting event happened in The Netherlands. The Christian Dhimmicrat Democrat Party CDA held internal elections for the new party leader. There were three candidates; one didn’t matter. The other two were Hugo ‘Pipo’ de Jonge and Pieter Omtzigt. Mrs. Nobody fell off in the first round. Before the voting, Hugo boasted for a bottle of good wine that a second election round wouldn’t be necessary. He would win by a landslide. Well, he lost. Pieter Omtzigt got 40%, so a second round was necessary. That round Pipo the Clown won, but barely. The difference was less than 1% in favor of the clown. About 300 votes… 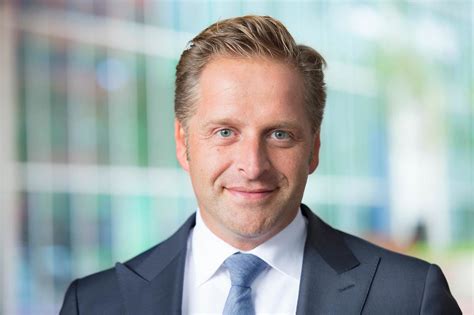 Why do I call the right honourable Hugo de Jonge ‘Pipo the Clown’? That’s because of his choice of shoes. Hugo doesn’t stand out in anything, so he decided to stand out as the most ridiculously dressed politician ever. He has a sense of fashion bordering the deranged. No matter how inappropriate, he wears clown shoes. Pipo, pardon, Hugo wore a nice blue suit with white clown shoes when the customary photo was taken after the inauguration of the present cabinet. He stands to the left of the king. 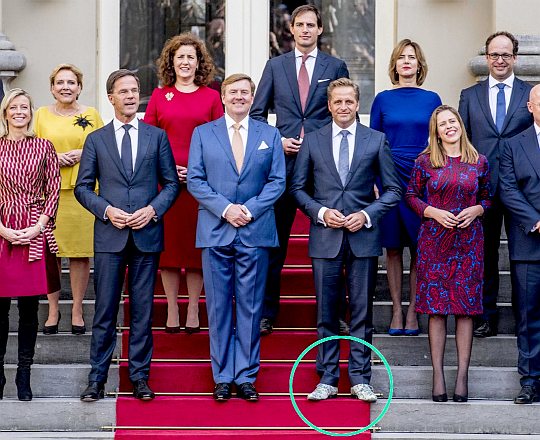 This is a very formal situation, not suitable for a wannabe court jester.

Hugo the Clown is not the minister of funny walks, but minister of health. Under his incapable leadership the Chinese virus pandemic was mismanaged. Even our parliament wasn’t too pleased with Mr. Funny Shoes’ performance, and grilled him. He barely saved his political skin by putting the blame on someone else. He had his staff call Dr. Diederik Gommers. How many ICU beds are available this weekend, was the question. “I dunno, about 1,600, I guess” replied Dr. Gommers. He is head of the ICU unit of a major hospital and member of the Chinese Virus outbreak team. “Can you confirm this by sms?” So he did. To his amazement he discovered that statement was used by Hugo to save his skin. “There is nothing wrong, 1,600 ICU beds are available; I got this confirmed by Dr. Gommers.” Needless to say Dr. Gommers is anything but pleased.

Normally, I wouldn’t bother writing you about an overly ambitious local nincompoop. You have plenty of those yourself. But his election is important, as it is another brick in the wall of Eurabia. Apart from having no fashion sense whatsoever, his ambition is without peer. Hugo de Jonge is by far the most europhile politician in the CDA. A party that already is a very euro-centric party.

So why this article? Because his victory may very well be a pyrrhic victory. That’s because of his opponent, Pieter Omtzigt. As politicians go, Omtzigt is a popular hard-working not (overly) ambitious parliamentarian. Very popular with his electorate, much less so with his peers and the civil administration. Omtzigt is a muckraker. He likes to investigate what is swept under the carpet. And he doesn’t let sleeping dogs lie. Several whistleblowers of nefarious affairs in the civil administration got his support. He’s also a very vocal voice on the MH17 scandal. One doesn’t make friends in high places that way.

All Omtzigt wanted to be is a hard working parliamentarian. He never said he wanted to run for office. ‘Winner’ Hugo said — silly as it is — that there are no winners, he will work as a team with Pieter. That’s sheer nonsense. There can only be one party leader. That goes for dictators just as well as for democratically elected parties.

Pieter Omtzigt can no longer be a regular parliamentarian. Given the fact that he ended in second place with a mere 300 votes’ difference, he has to be given a much higher position. The only job available is party whip. Which means that our ambitious clown will have to take orders from Pieter Omtzigt. That could lead to very funny situations in the near future.

Now don’t get your hopes raised too much. Hugo the Clown is very much against any cooperation with the PVV and FvD parties. Even more than the D66 party. Difficult to believe, but there you go. He hates both with a passion. With him in the command seat the boycott is total. But Pieter Omtzigt is also against such a coalition. He’s not as vocal about it, nor as outspoken. That’s all. Effectively, it doesn’t matter much whether Omzigt or de Jonge hold the command seat. Both will oppose any attempt to work with the PVV and FvD parties.

Having elected de Jonge by the narrowest of margins, the CDA goes bravely forward to their own rapture. De Jonge is not a popular minister. His election will turn off many voters. Omtzigt is far more popular, and could revive the CDA. However, the powers that be (The Hague, Berlin, Brussels) prefer have an easy-to-manipulate clown. Like the one they have in Paris.

Let me explain what the CDA is and why it’s doomed to fail. CDA stands for Christian Democratic Appeal as a reaction to the consistent secularization of Dutch politics. Until 1977 every Dutch cabinet consisted of at least one Christian party. However, those parties were shrinking in popularity. They realized if they didn’t cooperate, a — heaven forbid! — cabinet without a religious party would come soon. So three Christian parties merged together into the CDA: The KVP, Katholieke Volkspartij or Catholic People’s Party, the ARP, Anti Revolutionaire Partij or Anti-Revolutionary Party and the CHU, Christen Historische Unie or Christian Historical Union.

Their positions were center-right for the KVP, center-left for the CHU and definitely left for the ARP. Oh, what revolution are those devout ARP Calvinists against? The FRENCH revolution. (Don’t ask me why. It makes no sense. I know.)

Now, from the get-go the CDA was, and still is, a rear guard action doomed to failure. For two very good reasons. First of all, the historical trend is more secularization. From the age of enlightenment until today the trend in the West is consistently downwards for religion. With a few revivals and a notable exception: the USA. That’s currently the most Christian country in the world after the Vatican. However, we’re talking about Holland, not the USA here. Religion lost its foothold in society and politics after the Second Vatican Council, which had a huge impact on Dutch society. Much bigger than you can possibly imagine.

Until that time, the Dutch lived in a pillared society. I was born catholic, of RC parents. The midwife was an RC midwife, send by the RC baby-care organization. We lived in an RC housing estate. In an RC quarter of the city. When we got sick we went to an RC doctor. Or an RC hospital. We paid our dues to the RC healthcare organization. I went to RC kindergarten, school and college. My folks voted for the KVP, what else? Most of the time we listened to the KRO (RC) radio. I was a Boy Scout. An RC scouting group, of course. We went to mass on Sundays, and eventually would be laid to rest on an RC cemetery. Other religious and political groups had their own pillars. You could live next door to each other and barely meet. It wasn’t hatred. You just didn’t mingle with ‘the others’.

With the collapse of the much-hated pillared society (one of the few good things the hippies did) religion-based parties lost ground. By combining forces they could postpone the inevitable until 1994, when the first Kok cabinet took office. So, that sort of worked. At least for 25 years it did.

The second reason why the CDA is consistently shrinking is an equal consistent move to the left. The CDA positioned itself as the ultimate center party. They could rule with anyone, left or right. They still try to claim that position. However, they do no longer want to govern with anyone left or right. They only work with those they approve of. Both the PVV and the FvD parties are not approved and are boycotted. The CDA party is very much europhile, their voters not so much. The CDA used to be the farmers’ party, but no more. They just hang our protesting farmers out to dry.

What’s in a name, the great bard said. Would a pile of manure smell any different if you call it a pile of daisies? Religion is so much a second-string issue that the CHRISTIAN democratic party warmly embraces mohammedans. They have — like most other parties — a bunch of openly mohammedan parliamentarians. With skullcaps, headscarves and special food requirements. The name CDA is now often mocked as Christenen Dienen Allah. Roughly translated as “Christians serving allah”.

By electing Hugo the Clown as party leader, the CDA confirms they don’t give a hoot about their electorate. They care about power politics. Had they elected Omtzigt, the could possibly win the elections. With de Jonge? Never. In fact, I think the election of de Jonge is a blessing in disguise. It will cost the CDA dearly. Where will those disgruntled voters go to? Not to the VVD or PvdA. They won’t like it, but they have very little other choice. For them it’s either PVV or FvD. Not because they want to, but rather for lack of other options.

However, the socialists have learned their lesson. 99% electoral victories are no longer necessary. A 51% win is also a win. Or, if worse comes to worst, 49% is good enough. As long as the other parties can’t form a government, they have won just the same. Your election in November is a dead certain win for Trump. The March 2022 Dutch elections are almost as certain. Regrettably, not for the PVV.