The following article is an updated version of one that was published by LibertyGB in 2014. 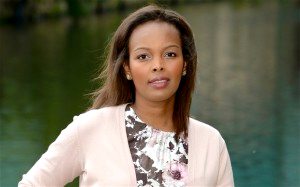 “I renounced Islam, so my family think I should die” is the heading of the article in the Telegraph by Harriet Alexander. The article illustrates the way readers’ thoughts can be subtly steered towards desired conclusions. Both the journalist and the featured ex-muslim woman she quotes have an interest in not directing the spotlight too strongly on Islam. They both know that this can be the excuse for “repercussions”.

Straight away in the heading there are two influences at work. First the spotlight is put on “my family”, influencing the reader away from supposing that the matter might have something to do with Islam — it is a family thing, you see. This is a standard deflection, often used. Secondly, the wording says, “I should die”. That is a slightly vague and open statement, a whole lot less dramatic than “I should be killed”.

Keeping attention on her family, the article goes on to say,“her family felt she deserved to die.” There you are: it was what they “felt”. The Western reader is inclined to consider that with some loving kind encouragement the family could be influenced to change their feelings. First feelings, then beliefs: “They believe you deserve to die”: the family “believe” this is what she deserves. Silently it is left open to the reader to hope that with the right pastoral care the family could be brought round to more charitable and humane beliefs. Nothing is offered to rule this out.

The pressure is on, though: we next learn that not just the family, but the community shares the same belief about leaving Islam: “within my community, that’s a capital offence,” she said. “They believe you deserve to die.” This is more demanding: there will have to be much more persuasion work done with the whole community to help them modify their beliefs. Steady! There is more detail: “In the eyes of the deeply-conservative Somali community… renouncing Islam was an act potentially punishable by death.” Now we know: it is the “deeply-conservative Somali” community. That is better: we can breathe a sigh of relief: it evidently does not include the presumed modern, fashionable part of the Somali community. Besides, look again, renouncing Islam is only “potentially” punishable by death. More sighs of relief: that really takes the pressure off, doesn’t it? “She is adamant that it is not a problem with Islam…” There you are: of course, it is not Islam: she is adamant. It is that deeply-conservative Somali community with its feelings and beliefs. The only snag is that the phrase “it is not a problem with Islam” has the ring of being a standard untrue disclaimer. As we shall see, this matter is indeed very much “a problem with Islam”.

Now that the pressure is removed we can be fed some handy distractions: “If you look at the Old Testament, there are some shocking things there.” This is another standard technique — “You lot do it, too” — known by its Latin name tu quoque, “you also”. Two observations are called for: firstly, just because certain other people may do the same does not alter the moral unacceptability of the action: it simply means there are others just as reprehensible: no difference is made to the objection. Secondly, in this specific case there is a flaw: the parallel fails to be a parallel. The Old Testament contains many old laws and accounts of killings. To adduce it as evidence is fatuous: it does not form part of British law. The Koran, in complete contrast, is ALL part of Islamic Law, which specifies the death penalty for denying any verse (Manual of Islamic Law o8.7(7)). Every command in the Koran has legal status. Similarly, every speech and action by Mohammed, as recorded in the traditions accepted as reliable, has legal status.

“But Jewish society realises that it’s no longer acceptable to stone someone to death, or to cut out their eyes, or enslave them. And the vast majority of Muslims realise that too.”

This puts the Western reader at ease, but it is another of those we’ve-heard-them-all-before excuses, putting Islam on a par with Judaism. The vast majority of Muslims may have good qualities, but what they realise makes no difference to Islam. Islam is not defined by what the vast majority of Muslims realise. Its teachings are derived from the Koran and the traditions, the Hadith, of what Mohammed did and said. As it happens, stonings, eye-gouging, and enslavements, all of which Mohammed took part in or commanded, do, indeed, continue in the Islamic world. Although not normally reported by the mainstream media, they can be found on the internet. Sometimes, as with the schoolgirls in Nigeria, slave-taking receives some publicity.

Actually, in the reality of Islamic law, there IS a problem with Islam. As the article itself mentions, Muhammad said, “Whoever changes his religion kill him.” His word is Islamic law. As a result the one who has renounced Islam, the “apostate”, has to be killed. This is not something that muslims may opt to “believe” or not. That question does not arise in Islam, which has no freedom of religion. Muslims cannot choose: they are instructed. “It is not fitting for a Believer, man or woman, when a matter has been decided by Allah and His Messenger to have any option about their decision”, says Koran 33:36. Islamic Law indeed commands death for anyone who leaves Islam. “Leaving Islam is the ugliest form of unbelief (kufr) and the worst”, says the Manual of Islamic Law (o8.0): “When a person… voluntarily apostatizes from Islam he deserves to be killed” (o8.1).

Sharia law has its own vigilante style of justice: the killing of an apostate can be carried out by anyone without penalty, “since it is killing someone who deserves to die” (Manual o8.4). In Sudan a nursing mother is in prison sentenced to death for leaving Islam, since her father, who abandoned the family when she was small, was Muslim, though she was raised a Christian by her Christian mother. She denied the charge, and bravely refuses to convert, which would spare her life. In Iran there are prisoners on death row for leaving Islam. In Pakistan lynch-mobs have beaten to death converts to Christianity, and burnt Christians alive. In Saudi Arabia, when a young woman embraced Christianity, her father cut out her tongue, lectured her on the Koran, then poured petrol on her and burnt her alive.

All four of the leading schools of Islamic jurisprudence agree that the apostate should be killed. Some hold that a woman must be shut up in a house and allowed to die — through starvation, that is. A teenage muslim girl in Uganda who embraced Christianity was very nearly starved to death after being shut in a room with no food for weeks. She became blind, unable to walk, and reduced to a near-skeletal state, weighing less than 20 kilos — 44 pounds — before being rescued. Sharia law is not quaint old stories from centuries back: it is harsh and unforgiving, and is being applied in Islamic states. In Britain it is being “called for”, and “implemented” vigilante style by Anjem Choudary and his followers.

The woman who is the subject of the article, Amal Farah, is courageous to have renounced Islam. She is more courageous still for making it public, which she was inspired to do by the case of the Christian mother in the Sudan jail. We can all salute her courage.

May she be joined by many others.

9 thoughts on ““I Renounced Islam””