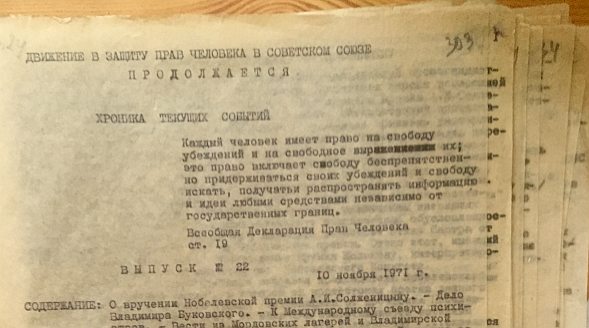 A couple of days ago we posted about the blocking of BitChute in Australia via a process known as “DNS poisoning”. It seems that the emergence of BitChute as a source of uncensored videos was enough of a threat for the Powers That Be in Oz to decide that it must be neutralized.

During the same time period the process of de-platforming dissidents has accelerated. Almost anyone who is well-known and has a slightly right-of-center political opinion can expect to have Tweets and Facebook posts deleted, YouTube videos pulled, and — if he is prominent enough to require complete excommunication — the closing of his account. Dissidents with the greatest celebrity status, such as Tommy Robinson and Milo Yiannopoulos, can expect to lose their accounts on multiple platforms simultaneously, as if their suppression were being coordinated by some trans-national censorship board.

Vlad Tepes is on BitChute and BitTube now, which is why the topic of DNS poisoning came up. His videos are now going up and staying up, thanks to BitChute; hence the establishment’s efforts to cut off viewers’ access to BitChute.

As it happens, all of these methods of censorship and repression are being implemented not by the state, but by private corporations. This gives repressive governments cover so that they can deny responsibility: “Facebook [or Twitter, or Instagram, or Google, etc.] is a private company, and may enforce its terms of use without government interference.” The ISPs in Australia that are sabotaging BitChute’s IP on their domain name servers are also private corporations, as far as I know — the Australian government doesn’t have to do the dirty work.

This doesn’t mean that governments are not arresting, charging, trying, and convicting citizens for “hate speech”. Britain, Sweden, and Germany seem to be vying with each other to see who can rack up the largest number of state prosecutions for hate speech. The rest of Western Europe, Australia, and Canada are no slouches, either. The USA has the First Amendment, so it’s not so bad here, but we’re only hanging on by the skin of our teeth. If Hillary had been elected in 2016, and had thus been able to appoint two Supreme Court justices, we’d probably be following the Canadian model right now.

Nevertheless, private companies are doing most of the heavy lifting when it comes suppressing free speech. Some of them are probably following the inclinations of their CEOs (think Mark Zuckerberg), but a quiet government word about antitrust action or a tax-evasion investigation must do wonders to convince them to help the state suppress Internet dissent.

A few days ago we posted an interview with a French communist MEP from back in 1992. This was one of Vlad’s videos, so it was uploaded to BitChute. However, I happened to find a mirror of it on a minor YouTube channel, and posted that instead. 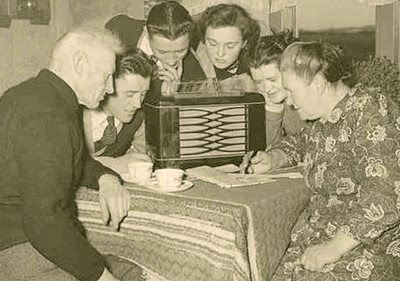 How was that channel able to post the video? Even if Vlad still had a YouTube channel, that video would have been immediately deleted by Google, because it said naughty things about the European Union. How come the other channel gets a pass?

The answer is obvious: Vlad’s channel was very popular, and had turned into a major influence in the realm of online videos. The other channel is relatively minor, and evidently doesn’t attract enough viewers to warrant being suppressed.

There’s a lesson for us dissidents in that.

If your opinions are politically incorrect, and you become prominent enough on the internet, you will be suppressed. You will be banished from Facebook, Twitter, YouTube, and all those other platforms that I can’t remember the names of. If you make public appearances, you will repeatedly find your venues being cancelled at the last minute. Your PayPal account will be closed. And — as part of the latest wave of corporate censorship — credit card companies may refuse your business.

All of this can happen without your being prosecuted. You might not even get milkshaked (milkshaken?) or beaten up by antifas, although both of those are likely to happen, too. But state action and violence are not necessary to incapacitate you. By shutting down all your normal means of electronic communication, private corporations can make you vanish from the public forum. To use an old-fashioned word, you become an unperson. You can still walk and talk and eat and drink and go about your daily routine, but to the larger world you no longer exist.

However, the YouTube video of the French communist provides us with an alternative way of doing things. A small channel without many subscribers can without consequence upload the same video that gets Alex Jones banned. And it may get only a thousand views. However, if 10,000 little YouTube channels do the same thing, it means that TEN MILLION PEOPLE will see that video.

This is an example of the functioning of a distributed network, in which many thousands of small nodes are laterally connected without having to feed their messages up a hierarchical tree to a central clearinghouse. Information is thus propagated horizontally along multiple pathways, making it very difficult to suppress entirely.

This is a 21st-century digital version of samizdat, the underground communication that thrived in the Soviet Union without having access to the state’s monopoly on publishing and broadcasting. In order for it to work, however, ordinary people are going to have to become part of a process that’s different from what they’re used to. There are three main things you’ll need to do or think about differently:

1. Become a node in the distributed network.

Under the hierarchical model, a passive media consumer receives information from a central provider — a television network, a metropolitan radio station, a major newspaper. The same process has continued into the digital age, so that people can go to Huffington Post, PJMedia, or Rotten Tomatoes to get their news and entertainment. They have thousands more choices, but it’s still a hierarchical system: major providers deliver content to thousands or millions of passive consumers.

In contrast, a distributed network shuttles information from node to node in a lattice where no individual provider has a huge number of recipients. In order for such a system to work, consumers must also be producers — they need to pass along what they receive.

So you need to get yourself a YouTube channel. It’s easy enough; you just set up a Gmail email address, which automatically comes with a Google account and a YouTube channel. Yes, it means you’ll have to give some personal information to Google. But chances are, if you’ve ever used Google, it already knows a lot about you, anyway.

Then, when you see a video you think is important (on YouTube, BitChute, BitTube, or any other platform), you download a copy of the video file and upload it to your own channel. You may eventually acquire a couple of hundred subscribers — who will also be lateral nodes in the network — and thereby become one of the 10,000 providers that help the video propagate. As long as your audience remains relatively small, YouTube will leave you alone and not take your videos down.

If you don’t know how to download a video file, visit Vlad Tepes and look for information there. If you don’t see it, leave a comment asking Vlad about it, and he’ll explain.

The same principle applies to Facebook, Twitter, and any other platform: acquire an account, keep your audience small, and repost anything that seems useful and important. As long as you don’t get too many reposts or retweets, the provider will leave you alone.

2. Stop looking to Big Media as your main source of information.

Get in the habit of acquiring information without visiting Google News, CNN, Huffington Post, or any other major provider. This doesn’t mean you’ll never look at an MSM article, but that you’ll find out about it through the distributed network, rather than from the main aggregation pages of the MSM sites.

Sites such as Conservative Treehouse, Gateway Pundit, and Power Line do a great job of collecting interesting news from the MSM or otherwise. Yes, each uses its own filters, but they’re up front about that. If you check a variety of sites you’ll see everything you might want to know about, without having to visit Google News or any other major provider.

I’ve reached the point where Drudge is the only large site I visit, to make sure that I catch any breaking news about a major catastrophe or terrorist attack. [Drudge seems to have wandered off track nowadays, concentrating mainly on celebrity news and perversion, but that’s a topic for another post.]

I’m also fortunate to have such diligent tipsters for the news feed — they read all the news so I don’t have to.

3. Give up any idea of become rich and/or famous.

A node in the distributed network is by definition not prominent. If you become prominent, and you post something that violates the Narrative, you risk having your virtual head cut off, as has happened, to Tommy, Milo, Lauren Southern, and many others.

A blogger or YouTuber naturally wants to expand his audience, especially if he monetizes his content through advertising. But if he becomes too large, he gets squashed by the Powers That Be, and loses his effectiveness.

Gates of Vienna has a relatively small audience, and I aim to keep it that way. We don’t have ads, anyway; we just raise money once a quarter through fundraisers that tap our readers for individual donations. It provides enough for subsistence, but Dymphna and I are so old now that we don’t need all that much, anyway. 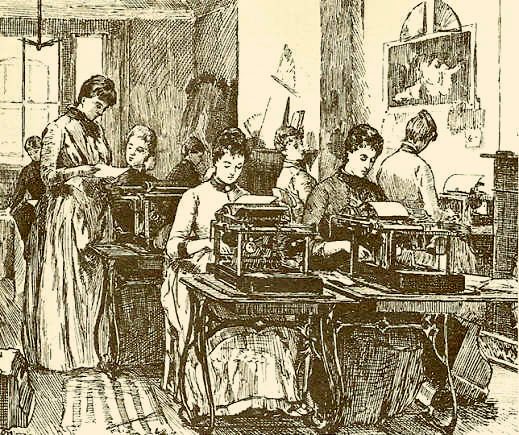 Unfortunately, there is a time limit on everything I said above: I expect a window of opportunity that will last only two to five years. After that, the combination of 5G wireless technology and the universal use of sophisticated artificial intelligence will allow the major social media companies — not just the government — to observe everything you do and restrict your activities when you attempt to propagate forbidden thoughts. 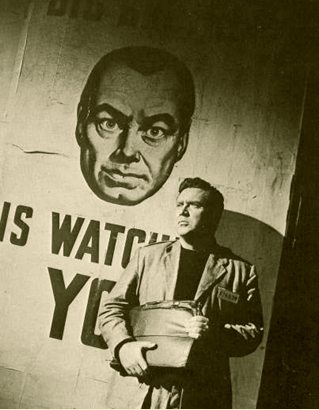 The connection of virtually all electronic devices to the Internet — commonly known as the “Internet of Things” will mean that everything you do will be known by the government, ISPs, and major corporations. Every phone call you place, every line of text you type, every trip in your car, every visit to a website, every retail purchase you make will become part of the Great Database in the Cloud. 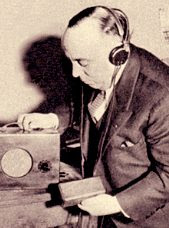 Right now it still requires humans to examine and make decisions about how to act on all that information. There aren’t enough employees in the Ministry of Information to examine all the data on everybody, so the functionaries charged with suppressing dissent concentrate on the big fish — they spend their time thwarting Tommy Robinson and Alex Jones, and leave the little fish alone.

AI will change all that. With many thousands of artificial brains to monitor for dissent, even the smallest nodes in the net can be suppressed. Your little 100-subscriber YouTube channel could be shut down without the intervention of any flesh-and-blood corporate drone. 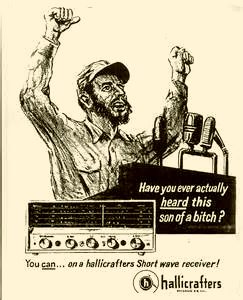 After that, dedicated dissidents will have to resort to old-fashioned non-digital forms of communication, such as two-way radio, handwritten messages, and possibly even carrier pigeons. If you want to be well-versed in alternative forms of secure communication, become a regular reader of Western Rifle Shooters.

The dedicated samizdatchik will want to use the next few years wisely. We can accomplish a lot in that time, but we need to remain small, and distributed, and savvy. 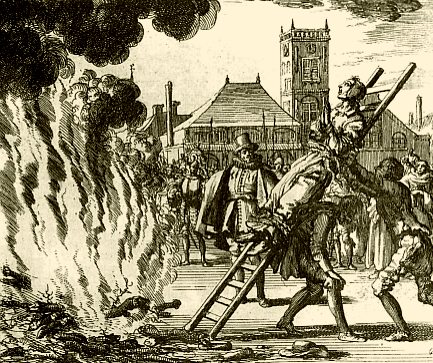 19 thoughts on “Samizdat in the Age of Digital Totalitarianism”