Hamas is currently at war with Israel, launching missiles and incendiary kites on a daily basis into southern Israel. The news about the attacks only makes it onto the world’s TV screens if one of the puir wee bairns among the Palestinians gets killed — usually because the child’s school or crèche is used to store missiles or arms, making it into a target for the IDF.

Our Israeli correspondent MC sends this report on the situation, literally from his own front yard. 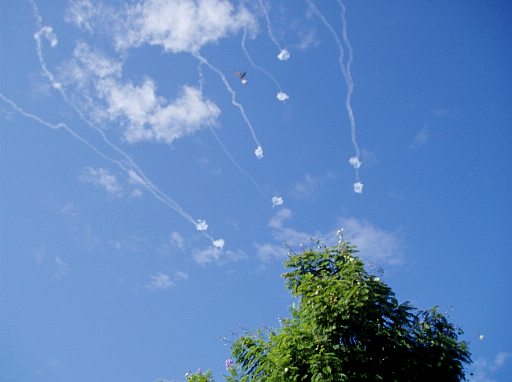 The birds fly over Sderot

It was a rough night. It started at 10pm and finished at 10am after some twenty missiles were launched in five attacks.

The small arms shooting is still going on as I sit here (8:20pm). 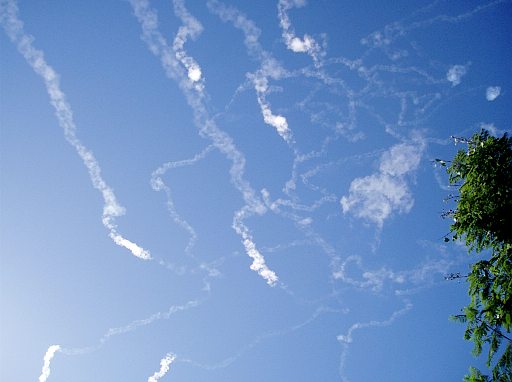 These are photos from about a minute after multiple Iron Dome intercepts occurred right overhead. The photos were taken from the front garden!

This is where the ‘humanitarian’ aid to Gaza ends up. That is your tax money up there burning up.

Islam is incorrigibly malicious. Its doctrines are the doctrines of evangelism by violence and coercion. It seeks to conquer and forcibly convert, and if genocide is necessary, then so be it.

Shooting missiles at random against a civilian population is acceptable in Yemen, Syria, and against Israel. And the world looks on complacently: Not my front door —Yawn!

8 thoughts on “The Birds Fly Over Sderot”