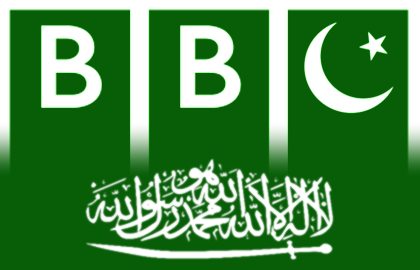 Tommy Robinson has been a relentless critic of what is being preached in mosques. The BBC has just as relentlessly demonized him for his point of view.

Could that be changing?

Vlad Tepes pointed out this BBC report linking Islamic preaching and the mosque in Manchester to the violent message contained in Islam, which the BBC had avoided at all costs up until that point:

And here are excerpts from the accompanying article:

A sermon at the mosque where the Manchester bomber worshipped called for the support of armed jihadist fighters, according to two Muslim scholars.

An imam at Didsbury Mosque in December 2016 was recorded praying for “victory” for “our brothers and sisters right now in Aleppo and Syria and Iraq”.

The imam, Mustafa Graf, says his sermon did not call for armed jihad and he has never preached radical Islam.

The recording the BBC obtained is of Friday prayers at the mosque six months before Salman Abedi detonated a suicide bomb following an Ariana Grande concert at Manchester Arena in May 2017.

Abedi and his family regularly attended the mosque and his father sometimes led the call to prayer.

I didn’t agree with Vlad’s take on the report. I saw this as a strategic and temporary retreat by the Beeb and the British establishment.

Here’s a digest of our discussion on skype:

Sure enough, in a follow-up article the next day, the BBC walked back even the weak dishwater that its “scholars” had offered:

A mosque where the Manchester Arena bomber worshipped denies encouraging people to “fight in any military struggle” following a BBC report.

A sermon by Imam Mustafa Graf at Didsbury Mosque in 2016 called for the support of fighters in Syria, according to two Muslim scholars.

It was delivered six months before Salman Abedi killed 22 people after an Ariana Grande concert.

Didsbury Mosque said it had “launched an investigation into the sermon to identify any issues raised by the BBC report” as part of its regulations.

Shaykh Rehan Ahmed Raza, who is a Muslim scholar, said there were “no ifs and no buts” that Mr Graf was referring to “being on the battlefield”.

Usama Hasan, head of Islamic studies at the Quilliam think tank that focuses on counter-extremism, said the sermon was “clearly referring to military jihad, to armed jihad”.

Didsbury Mosque said: “The term jihad was used in its wider meaning; ‘to strive and struggle’ and in this case aid to those being oppressed. There was no call for any military Jihad (qital).

“Nor was there any comment which could in anyway be construed to suggest that Britain or British people should be targeted or attacked. The focus was on the behaviour of the Syrian regime and its victims.

“Didsbury Mosque does not encourage anyone to go and fight in any military struggle.”

Mr Graf denied he had called for armed jihad.

No, nothing has changed. After awhile the furor will die down, and things will continue as before. I doubt the imam will even be sacked, all though he could be and still leave the whole strategy intact.

And a firm precedent has been set: at the BBC, Islam defines itself to the kuffar. No outside opinions are permitted.

18 thoughts on “Has the BBC Changed its Mind About Mosques and Terrorism?”