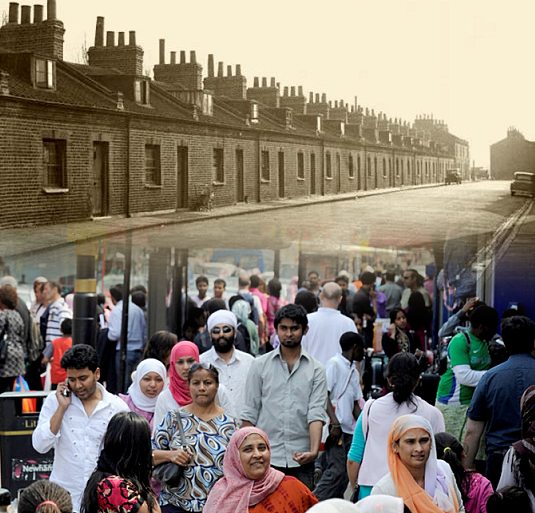 Southwark is an ancient London borough on the south bank of the Thames.

Harold, the last Saxon king, rode through it on the great road into Kent to inspect the fleet at Sandwich or Dover or to embark on a trip to France, and his doomed army marched through it on its way to Hastings. Chaucer’s pilgrims set out from there, from an inn at the western end of the Old Kent Road, for Canterbury. Many of Shakespeare’s plays were staged there, at the Globe Theatre, named after its sign, which showed Hercules with the world on his shoulders. Dickens’ father was jailed there, in the Marshalsea debtors’ prison in Borough High Street, and the author returned there often as an adult and portrayed his father’s experience in Little Dorrit.

Southwark Council recently published a brochure called ‘Welcome to Southwark’. On its page of history it reads:

‘Southwark is a highly cosmopolitan area with a rich mixture of communities going back centuries. The borough’s proximity to the River Thames led to strong links across the world and by the 15th century Southwark had one of the largest immigrant populations. German, Dutch and Flemish craftspeople excluded by the City of London settled in Southwark… immigrants from Ireland took up manual jobs… the labour shortage was eased by workers and their families invited from the Caribbean and West Africa… communities from China, Cyprus, Vietnam, Somalia, Ethiopia, Bosnia and Croatia… just under a third of our population is from an ethnic minority and over a hundred languages are spoken by our children.’

Reading this brochure, you would not think the English had ever been in Southwark. They are not mentioned. They have been airbrushed from the history of the area. This is typical. The English have gone — and been wilfully forgotten.

The people of Scotland, Wales and Northern Ireland are in a stronger position than the English. The English are doomed.

When the experimental policy of multi-culturalism has reached its logical conclusion, when the English have departed in an exodus, when every dissident has been silenced and the newcomers have multiplied until they predominate and their traditions prevail, England will be as dead as if every English person had been killed. It will have lost its culture, its beliefs, its common ideas, which have guided it and given it a soul, which, in short, made it a nation. This is not mass murder, but it is genocide; the destruction not of individuals but of a culture and a nation.

Raphael Lemkin, the lawyer from Belarus who coined the word genocide in 1944, spoke of it as meaning not only the destruction of individuals but also of cultures. Controversy over its meaning stems from the more legalistic definition set down by the United Nations four years later, when it was officially restricted to the annihilation of entire ethnic groups. ‘Genocide’ thereafter became organically bound up with race theories, and the Shorter Oxford English Dictionary defines it simply as ‘annihilation of a race’. And indeed genos is Greek for family, tribe or race and caedĕre is Latin for to kill.

But this was not the original definition. And what is happening in our land, though the English are indeed disappearing, does not meet that criterion. The policy of mass immigration is not an attempt to physically eliminate all of the English. But their culture is destroyed — and destruction of a culture is in the meaning of genocide as originally defined.

The establishment calls for our traditional values to be respected. But how can it expect the revival of our culture when teachers following the national curriculum are calling for it to be ignored or derided? Especially when among the settlers and their offspring are many who have an alternative source of values that seems to them more legitimate and has more vitality than our land’s discredited culture. This is, of course, Islam.

David Abbott is the author of Dark Albion. Previously: Jihad and Prince Charles.