Many thanks to LN for translating this essay from Fria Tider. 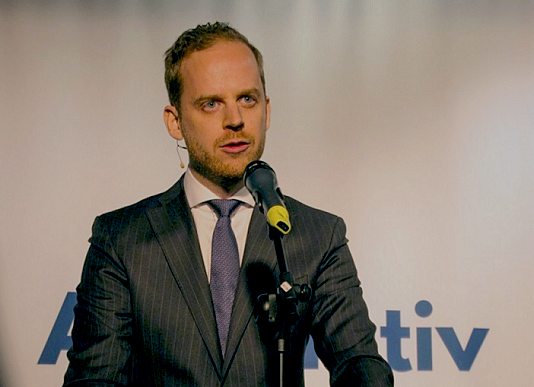 [Photo caption: Alternative for Sweden’s ambition is to become part of a kind of nationalist international, writes Gustav Kasselstrand.]

Alternative for Sweden is a new movement for a new era. Today, we are the first Swedish party ever to launch an international fundraising campaign on the Internet, writes party leader Gustav Kasselstrand.

Currently, the political map is redrawn throughout the Western world, the traditional right-to-left axis diminishes in importance, as do the parties that for decades have defined it. In its place new conflicts emerge. Conflicts that do not primarily concern how different social classes should advance at each other’s expense, but who can represent the people before the establishment, freedom of expression before political correctness, and the nation before globalism. This is the new game plan, which the established parties have had terrible difficulty adapting to. U-turns have been shown to be difficult in politics.

Established parties who, in the eleventh hour, try to piggyback on disruptive newcomers, rarely manage their repositioning. Drowsy, they venture into unknown terrain, often seeing their credibility drop further.

The party structures are too chewy: bloated by successes in the 20th century, the insight into their own instability becomes too difficult and painful. They finally will become aware of this in an abrupt manner.

[Sebastian] Kurz in Austria and [Emmanuel] Macron in France are perhaps the clearest examples of how the established parties are challenged not only by outsiders like [Heinz-Christian] Strache and [Marine] Le Pen, but also from within, by people who have seen new opportunities in a new era.

In Britain and the United States they have tasted victory’s sweetness in the form of Brexit and Donald Trump’s triumph in the presidential election.

When media and established politicians judged against Trump’s election campaign, anti-establishment politicians all over the world from the very first moment chose to learn from it.

It shows that modern nationalism at one and the same time is both a national struggle and a global democratic revolution. While there are many political achievements to be enjoyed in the Western world, there is also a deep seriousness behind all that happens.

The conflict line now emerging from country to country between a totalitarian establishment and — for politicians — an increasingly unruly people is the result of the destructive societal changes of recent decades. Changes that followed the same pattern throughout the Western world.

Sweden’s situation is therefore not unique — it follows a larger Western European and North American pattern — but our country still attracts extra attention, e to the fact that no country has fallen as deeply and from such a great height as Sweden.

Sweden is no longer a model for the rest of the world. On the contrary, Sweden today is used for the purposes of deterrence.

It is enough to go to one of our Nordic neighbors to hear political parties, the media and the general public express their consternation about developments: Sweden, the country they had previously looked up to, but today are deeply concerned about. The same picture of Sweden occurs to a great extent in the rest of Europe and in North America. 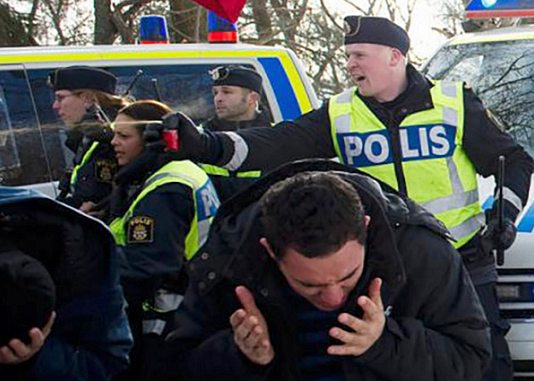 About the brand “Sweden”, or the “Sweden image” (Sverigebilden) as the media and politicians like to call it, there are discussions today far beyond our borders — by domestic liberals it is often called the world’s humanitarian superpower , by others sometimes referred to as an example or political horror or the Sick Man of Europe.

Alternative for Sweden means that the image of Sweden that exists among immigration and establishment critics in the Nordic countries, the rest of Europe and in the United States is essentially consistent with reality. If the image of Sweden has been damaged, it is the result of political foolishness and an inflated media establishment, not by distressed citizens.

Now we want to get help from the whole world to set Sweden aright.

Therefore Alternative for Sweden [Alternativ för Sverige, AfS], as the first Swedish party ever, is currently launching an international fundraising campaign on the Internet.

Our first campaign is aimed at the United States, and more specifically at the millions of Americans who sympathize with our willingness to do what Donald Trump tries to do in the United States: stop destructive immigration, drain the political swamp and always put the interests of our country first.

The American people’s uprising against their establishment has served as a source of inspiration for many with democratic aspirations. If the choice of Trump teaches us something, it’s just that success comes to those who refuse to accept the rules of the game that are rigged against you.

In our campaign, we appeal to Trump supporters and ask them to help us save Sweden. During the six months that remain before the parliamentary elections, we will call for funding from like-minded people across Europe.

There are other reasons why Alternative for Sweden turns to an international audience. Swedish party financing benefits exclusively the established parties, whose main source of income comes from government grants, not from membership fees or private donations.

Our ambition is that Alternative for Sweden will be part of a kind of a nationalist international. With international solidarity, the journey to take back our country begins.

17 thoughts on “Gustav Kasselstrand: Nationalism is Both a National Struggle and a Global Democratic Revolution”