Our English correspondent Seneca III offers these thoughts on the dire times that lie just ahead for us. 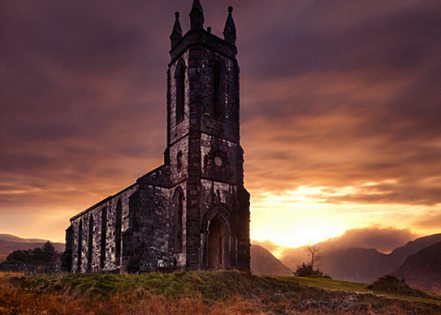 The historic course of all civilizations is cyclic in nature. Over a period of three to four hundred years, on average, all of them return to a similar common starting point, a point always defined by a darkness of the collective soul and a loss of moral fortitude. It is there and then that an inevitable movement for a return to old ways and meanings begins to form.

Imagine if you will a civilization’s chronological pendulum completing a vertical ellipse rather than just an arc at the bottom. At the superior apogee, twelve Noon in the cycle, the pendulum almost pauses at a point of stability before beginning its inevitable descent, accelerating slowly at first, even imperceptibly, but ever faster as the gravity of cultural entropy increases its velocity until it approaches the inferior apogee, Midnight, where then it begins its at first rapid but ever-slowing climb back into the light.

It is there, at Midnight and immediately before and beyond, that chaos rules, and with it comes a time in human affairs that does indeed try men’s souls; a time where dawn remains but a hope beyond an unseen horizon, where the night people are well about and yet to be put to the sword and where is found the formative crucible within which men and women, bound by strength and tradition, gather together and stand firm against the depredations of barbarism.

But such spiritual evolutions are never easy to form or prosecute with certitude, for if they were they would be worthless; thus, nothing is ordained for such warriors on the winds of time other than that the rectitude of their actions will define both their corporeal and spiritual fates. Hence those who do elect to stand firm, their physical and metaphysical faces streaked with the blood, sweat and dust of the battle that is roiling about them, will need to possess a depth of courage and conviction that comes only to the truly observant, having been built upon an unassailable foundation of Faith and its accompanying determinants.