Our Israeli correspondent MC sends his take on last month’s presidential election in the USA. 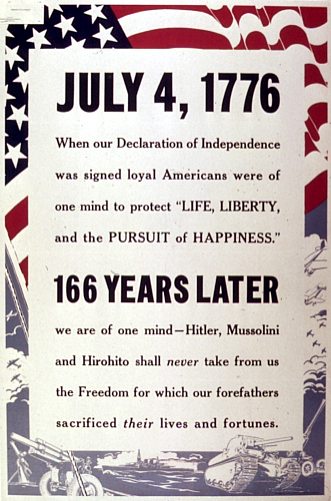 As the great Semi of State thundered down the switchback of communism, the emergency brakes applied, and you the people stopped the behemoth in its tracks. Hopefully without jack-knifing.

Now one has got to get the thing turned around, and started on the long grind in low gear back up the Hill of Difficulty, avoiding the by-passes of Danger and Destruction, going straight on towards the Palace Beautiful.

As with the Brexit bus, the vehicle stopped its cataclysmic descent in time, but it is not enough yet. Turning it around is a tricky exercise, and much of the damage is already done. Much of the skill needed to affect a repair is ageing fast or is already offshore.

Those who are pretending to be one thing in order to get power, and who then turn out to have an alternate agenda — the communists and the Islamists — these people have just nearly succeeded in toppling the whole shebang. Don’t get me wrong, this was an attempted revolution, and it is not yet finished. Revolutionaries may fail many times over, but they only need to succeed once, and then the blood starts to flow.

The first job is to repair the justice system, starting with the Constitution and the Supreme Court. This SCOTUS has proven to be the Achilles heel of the nation. It has shown that it does not support the Constitution; rather it wants ‘modernise’ it.

The Constitution is designed to be modernized, but through a process that is well-defined and produces Amendments. To change the Constitution by twisting it through the semi-legal contortions of ‘modern’ interpretation is not acceptable, and those Supreme Court judges who are tempted to pervert the constitution this way need to be named and shamed. The Constitution belongs to you the people, not to ‘them’ the legal beagles.

Never again must a section of the community believe that they have financial or political immunity. You, the people, must see justice done for the sake of all our children and grandchildren.

Those who believe that the ends justify the means are always going to end up as a perverted and vicious bunch of criminals, whether their intent is political or religious. The stated aims of religious communism: ‘power to the people’ and such like, should read ‘power to the elites’. All religion, both political and deity-centred has a severe problem with elitism. The elitism of the political religions is destructive and very easily becomes a mincing machine, where human life become valueless.

The idea of life, liberty and the pursuit of happiness — see the poster at the top of this essay — is perhaps the singularly most important political concept ever. It embodies the idea that each person has a set of enshrined values which must be protected from all or any elitism.

Sixty-four years later, those same forces of fascisto-communism were a just whisker away from taking power. But the incredible stopping power of the people spoke out in the ballot boxes, and the brakes are now on.

Civilisation, as defined by life, liberty, and the pursuit of happiness, is a very delicate thing that pivots around the idea that these things are God-given with the implication that no man can take them away. But if God is taken out of the equation, then the results become unpredictable. A godless SCOTUS can trample and twist. The result being that life may be aborted, liberty impounded and happiness scotched at the convenience of a man-centred elite.

The ‘endowed by their Creator’ bit is what makes this work, and in this instance, it was in particular the Judeo-Christian God. The point here is that whatever God this refers to, it does not mean a man-god. The theory of Evolution came later. It means that men are not to meddle with the fundamentals of life, liberty and the pursuit of happiness.

Roe vs Wade (1973) was the top of a very slippery slope, where the whole concept of ‘life’ was challenged. Life was taken out of the hands of God and placed in the hands of ‘evolved’ men. I suspect that if I went to the vet to have my pet cat’s pregnancy aborted I would be accused of animal cruelty, and I find it difficult to see the difference between that and the role of Planned Parenthood, which — with its roots in ‘liberal’ eugenics — probably made it so that the most dangerous place for an African American to be is in his mother’s womb.

The Declaration of Independence, with its life, liberty, and the pursuit of happiness under God, is not so much an endorsement of a creator God, an attempt put the fundamentals out of the reach of the elite. It almost failed when a man-is-god minded Supreme Court turned it on its head and decided that foeti were effectively already dead (not sentient and therefore not imbued with ‘life’ within the context of the Declaration of Independence) at the whim of the mother, and the Semi started its plunge to the depths. Civilization itself wobbled.

This essay is not about the rights and wrongs of abortion. Abortion just happened to be at the vanguard of the elite-driven attack on life, liberty, and the pursuit of happiness.

To get the truck turned around, hanging over the abyss as it is, will take guts and determination, especially on the part of the driver. The sniping has intensified. He must now get out of the relative safety of the cab and unload the baggage from the trailer to reduce the deadweight. But some of the baggage is toxic.

So whom can the new President trust? Or, perhaps more pertinently, whom can he get past a hostile congress who want their own bought-and-paid-for people in there?

We are halfway down the mountain teetering on the brink, but it is not so much what the driver does as much as what we, ourselves do next that matters. The opposition are already out there on the streets unchallenged by Obama and his cronies. “The government is with us — kill the Jews Trumpers” they appear to cry; just as in the in lethal anti-Jewish pogroms of Mandate Palestine. We to can either be the ‘same old, same old’ sitting in our armchairs in critical inertia, or we can join a “citizens for life, liberty and happiness” movement and help steer the truck back up the hill.

There is an awful lot of hostile money paying for the busses to bring in the snipers. The elites are, by definition, rich and powerful, and whilst the people, when united, are more powerful, that word ‘united’ is elusive. The elite took its buck-bespeckled eye off the ball, and those united in ex-middle-class misery and poverty hit back. The difference between this being a flash in the pan or a permanent way back to the American dream is about climbing back up the mountain, it is therefore all about us, about US turning TRUMP into TRiUMPhant.

23 thoughts on “America IS Great Again!”