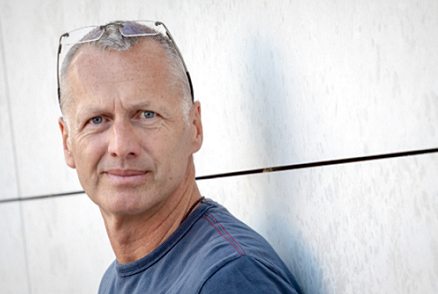 Georg Spöttle is a German-Hungarian security analyst with special expertise in Central European affairs. The following Hungarian-language interview was published recently in Demokrata.hu. CrossWare, who translated the interview, includes this brief bio of Georg Spöttle (based on another interview): Soul of a commando 2002

Georg Spöttle was born of a German mother and a Hungarian father (he uses his mother’s name). He lived in both in Germany and Hungary. He joined the German army (Bundeswehr) at age 20, specializing in experimental weaponry. Following his personal interest in the Middle East, he learned Arabic and visited many countries in the region. Recruited by the German military intelligence service for his extensive knowledge (he also speaks four different languages), he spent ten years in service. After that he joined the Federal Criminal Police Office (Bundeskriminalalamt, equivalent of the NSA and MI5). He spent another ten years in the service, visited many Middle Eastern countries (Lebanon, Iraq, Syria, Jordan, Egypt, Morocco, Algeria, …) as an operations officer. Since he retired from active service and now living in Hungary he has worked as a security/anti-terrorist expert with very good connections to the office of Prime Minister Viktor Orbán. He also has extensive knowledge of the German military and great connections to the European intelligence community. (his blog [Hungarian])

Europe on the brink of civil war

In France they have restored the National Guard. It looks like Germany is preparing for a near-war, or a natural disaster, storing fuels and emergency supplies, while the larger part of the population is visibly upset about the handling of the migration crisis. To learn about the reason of the panicky preparation in the two largest country in the EU, we asked the security-political expert Georg Spöttle.

As if they’re preparing for the attack of an invisible enemy in Western Europe. In France, after a long time they’ve reactivated the National Guard, increasing the number of reservists, strengthening the civilian defenses and increasing the number of armed people. Germany is even stranger: they are increasing their oil and gasoline reserves in more than hundred locations, checking firefighting materials and chemical defense materials as they would in a war. Now with a change in the law, the Bundeswehr (German army) can be used inside the country. What are they preparing for?

In Germany they try to prepare for attacks against critical infrastructure. A serious attack most likely would happen against these soft targets. Now even the police are sure that the Islamic State is preparing for an attack in Germany, so they prepare, and are not just being overly cautious there. Not long ago even the leader of the police union wrote a book in which he warns about the catastrophic results that could happen if immigration is not drastically limited, and no checks are implemented on those arriving in the country. He even discusses how the chaos could lead to civil disobedience. One thing for sure, as a result of unlimited and unchecked immigration, the Islamic State now has a beachhead in Europe. A good portion of the earlier terror actions are connected to the organization, even though the media presented this cases as isolated and mentally unstable people’s individual actions. In France they reacted fairly quickly to the erosion of the security situation. Even as President Hollande tried to prepare the population for more burials after Nice, they made some good decisions which may help the situation. The National Guard is a good idea, as the American example showed. After 9/11 they did a lot to avoid chaos and lynching. This type of organization is greatly needed in Germany too.

We don’t hear much in the media, but in Germany dissatisfaction has reached the level where many migrant centers have been burned down. How will this end?

Already there have been more than 700 occasions where migrant centers were burned down. The German media try to keep a lid on these events, and they keep quiet about how much the volume of crime has increased since the arrival of migrants. After the propaganda of “Wilkommenskultur”, now they hurrah over the ”Integration”. everything else has taken a back seat compared to this goal. They try anything to hide the facts: there are serious problems in Germany! I have an acquaintance there who was fired from his job because he wrote on Facebook about how migrants beat up his son and robbed him. His boss told him his services were no longer required because he “instigated” and “shared his Nazi opinions”. Another acquaintance, a Latvian lady living in Berlin, decided to move home to here parents for a couple of weeks because she had had enough of being molested every by migrants. The government cancelled a contract with a company because in the employees’ internal email conversations they made some offensive comments about the migrants. We could continue this ad nauseam because the interior ministry systematically hunts down those who post something negative about the migrants or question Merkel’s official migrant policies. For now this has successfully blocked the sharing of negative experiences, such as those of molested women, could not expect any help, and many man were even afraid to help when they witnessed an attack, fearing they will be charged with acting arbitrarily, so they would rather wait for a police response. Other countries are different. For example, in Russia a bunch of Afghanis ended up in hospital because the attacked persons were helped by passersby.

So emotions are running high — what is needed for an explosion? Is there a golden middle ground for Germans between the “Wilkommenskultur” and arson?

European citizens’ patience still holds More precisely: they are afraid to take steps, because they have sill a lot to lose — job, house, lifestyle — which keeps them in line for now. This might keep them back temporarily. Despite what has happened so far, there are still a lot of people who trust in the political leadership. They believe they can overcome these temporary problems and they still believe the integration of migrants is possible. If Merkel says so, it must be all right, no reason to panic. Of course, if the situation deteriorates even further, for example if they introduce new taxes to finance the migrants, public safety will get worse and terrorist acts by the Islamic state will continue, then the people’s dissatisfaction will find new outlets. Terror actions are very possible, the decrease in the standard of living is clearly shown in the raising of the retirement age from 65 to 67, and after 2019 it will be 70 years. There is widespread gossip about a “Solidarity Tax” to support the migration. In the meantime the people can see the freshly arrived migrants not working; they do not know the language, no skills, not even for unskilled labor. They are practically living on state welfare. Moreover, public safety is getting increasingly worse. Based on statistics, last year every 50th German had a conflict with the police, every 11th foreigner living in Germany committed a crime, from the freshly arrived migrants every second! For now, with the tight control of Facebook, the suppression of opinions and critical voices, they can block organizing by citizens, but as soon as there is a larger terrorist attack, they will no longer be able to mingle-mangle the event, make it look like it was lone attack, and it is clear that migrants were the perpetrators following the Islamic State, then suddenly people who want change will come forward. Radical groups will openly attack migrants with the connivance of the population, and even people’s self defense organization could arise as well. If that process starts, and the suppressed anger erupts, somebody sooner or later will pull the trigger. In that case it is very possible they will use all armed organizations to protect migrants from the population, as the average citizens’ anger will mostly point against them.

If the Bundeswehr is sent into action, will the solders open fire on their own countrymen? What if the migrants start to fight, at least the ones who are the soldiers of the Islamic State?

The Bundeswehr could be in serious trouble. The Minister of Defense, Ursula von der Leyen, suggested not long ago that they should integrate large numbers of migrants into the army, despite the fact that more than sixty percent (60%) of fighting soldiers are already Muslim, which means around 60,000 soldiers wearing the German military uniform are the children of migrant parents from Muslim countries, mostly from Turkey! It is a serious risk to add freshly arrived migrants to the army without proper checks. Even if they give them accelerated citizenship or, following the American example, after five year of service. They give them weapons training, teaching them military tactics, but these skills and knowledge can be turned against them. They can desert after training to join the Islamic State, as examples have shown in both Germany and France. It raises serious concerns about any Bundeswehr action in the future, both in Germany, perhaps after a riot started by migrants, or in a foreign location in the Middle East, where it is easy to question the loyalty of migrant soldiers. Just think about what could happen in a military action in Syria using soldiers of Syrian ancestry.

Is there any chance that in the near future any improvement can be expected? Where is the line that even Merkel can cross without punishment? After all, a civil war could sweep away the European elite too…

For improvement we would at least need a miracle, day by day the news comes about attacks being planned, captured terrorists and how radical Islam is gaining territory. As for using armies, however the legal requirements are provided, the politicians are still afraid because if soldiers and armored vehicles show up in public places and streets, it will demonstrate very visibly how public safety has eroded, and it would be a clear indication about the failure of their politics, so they will wait until the last minute. Presently in Germany they are trying to train the police to handle terrorist acts and defense. How the police forces of small cities and villages will be able to step up in special situations like that, and will it be enough, well, that is anybody’s guess. If there is a need for use of live weapons inside the borders of Europe, and somewhere the army were to open fire on its own citizens because of the escalation of tensions, that will end many political careers.

What will be the effect in the long term on the European Union? Will that bring the member states closer, or it will cause even more breaks between the Western and Central European states?

The internal problems will burst the Union further apart, instead of keeping it together. If the present direction does not change very soon, this will provide serious ammunition for Euro-skeptic parties, and other countries could follow the British example and leave the EU.

In the meantime, in the East, from us (Hungary), for other reasons but also if a civil war happens, even if it is not as much in our focus, we will be surrounded with chaos. What kind of effect this will have on our own safety?

Western events right now do not endanger us, because Hungary does not have large number of migrants, specially not in cities. The events in Ukraine do not have a significant effect on us. The largest danger could only come from the south. If Erdogan for some political reason decides to let out all the migrants accumulated in the camps there, they could arrive on our borders in such great numbers that, despite our fence and border defenses, it would be dangerous. Most likely a large number of Turks would come with those migrants, who as a result of the unsuccessful coup would apply for asylum in the EU, successfully claiming persecution for their political views.

78 thoughts on “The Looming Crisis in Europe”