Seneca III sends this afterword to his series on the writings of Guillaume Faye (See: Part 1, Part 2, Part 3). 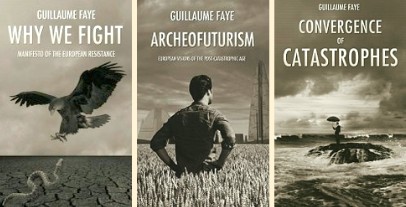 Faye on Fate and Futurism
by Seneca III

Reading back this morning reviewing the first two parts of the parts of the series, I realised that I had neglected to keep a commitment I made in Part 2 concerning The Black Death.

Commenting on a preceding paragraph I had said…

… “This was a pandemic of epic proportions. It is estimated to have caused between 30-60 million deaths in Europe alone (it even struck as far north as Iceland and the Eurasian sub-arctic) and far more in Asia, the Middle East and on the Indian sub-continent, although the Antipodes, Oceania and the Americas escaped infection as a result of their physical isolation far from the epicentre. Carried (vectored) by oriental rat fleas living on black rats the pestilence spread by land and sea at an unprecedented rate for its time, and arrived in the Crimea in 1343, spreading throughout Europe thereafter and peaking in the years 1346-53.“

“Not counting subsequent deaths from starvation, armed conflict and a vulnerability to other disease caused by malnutrition. There was, however, one significant exception [I should have said ‘a few exceptions’] to the worst effects of this near mass extinction which will be explored in Part III.”

And so, belated though it may be, here it is. 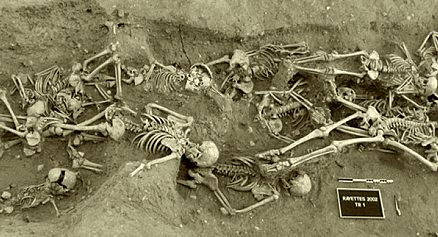 “During Kazimierz’s* reign, the Black Death, a pandemic infection, swept across Europe, killing millions. But Poland established quarantines at its borders, and the plague skirted Poland almost entirely.”

Poland was without doubt far less afflicted with the Black Death than in the rest of Europe although historic assessments of how much (as a percentage of the population) and how many (the number of actual deaths) can vary considerably. Essentially Casimir — by closing the Polish borders putting the country into quarantine both externally and then again internally, thus creating a second line of defence — severely limited the incursions of this virulent pathogen.

Also, Poland’s relative isolation was another contributing factor. Regions of Europe interlinked by sea and land pilgrimage and trade routes on the whole either could not or did not impose such draconian measures.

Furthermore in central Poland, where centres of population were sparsely scattered and rural rather than urban in nature, the inhabitants were more prone to a wariness of ‘strangers’, or ‘travellers’ (who might be disease vectors), and the fact that the long time it took travellers to reach these semi-isolated communities often exceeded the short incubation period of the disease (in humans**), may well have prevented any of the infected from reaching them at all. Couple all of the above with the additional factor that in those days peasants were generally forbidden to travel far beyond their immediate environs, and you have an almost airtight isolation system in the central regions.

Milan and Venice also sustained low mortality rates (said to be 15% or less) relative to the rest of Europe by employing similar practices to those in Poland, although these were derived from and applied under rather different circumstances and from a different perspective.

Both the Milanese and the Venetians, because of their extensive trade links and greater proximity to the Asian epicentre, had advance warning of the plague. Also their habits of hygiene and medical knowledge were some of the most developed in Europe, and they understood that the disease could be passed from human to human as well as being inflicted by means of other vectors. Consequently, in Milan in particular, infected households were isolated and rigorously quarantined, and, as Milan was a walled city, the burghers simply locked the gates and used armed force to deny entry to the city. Food and trade goods were brought to the gates, left outside for the Milanese to collect without contact with the traders, and then they in turn left payment for the traders to collect once the townsfolk had retreated back inside.

With respect to Venice it is thought that they originated the concept of forbidding the entry of or contact with outsiders. Using an offshore island as a waiting area they prevented all shipping from physically entering Venice for forty days (‘quaranta giomi’ — thus the origin of the term ‘quarantine’). It appears that this practice was very effective and resulted in a similar survival advantage to that in Milan.

And, finally, I added this…

“Caveat: Whilst I have not gone so far as to directly categorise Islam as a pathogenic microbial in the mould of Y. pestis, there are some disturbing parallels between their respective epidemiologies: both have made several incursions into Europe and now the West in general —Y. pestis in fact in Australia (1900-20) resulting in a 1000 deaths, mostly in Sydney, and again in the form of several small outbreaks in California in more recent years. Furthermore, both organisms reproduce and spread rapidly in a receptive host environment; both are enzootic, persistent and highly infectious and both can erupt unexpectedly from deep, global reservoirs of that infection.”…so I leave it to the reader to make any connections they may wish between what came to pass in Poland, Milan and Venice seven centuries ago and a possible solution to what is happening in Europe and all across the West today.

9 thoughts on “Faye on Fate and Futurism: An Addendum”