Islam Buheiry is one of those rare birds, a genuine Islamic reformer. Notice that what he wants to do isn’t a “reformation” of Islam, but a reinterpretation of its core texts in the hadith and the sira. It’s a tough job, and I doubt that he and people like him will ever succeed — the Koran says what it says, after all, and the violence and misogyny of Islam are clearly laid out in numerous hadith. Many (if not most) of them would have to be purged completely to make Islamic doctrine less inherently violent. Yet there’s no doubt that he is putting his life on the line in what may well be a futile endeavor.

Before you jump all over him for what he’s attempting to do, bear in mind that the gate of ijtihad (independent interpretation of Islamic scriptures) has been closed for more than a thousand years, and any reopening of it will be attempted within Islam itself. That is, you and I and other non-Muslims will have no input into the process, and no say whatsoever in whether it will succeed. All we can do is quarantine Islamic countries and keep Muslims out of our societies until the unlikely occasion when such reinterpretation occurs.

As for the millions that are already here enriching our cultures — that’s another matter entirely. 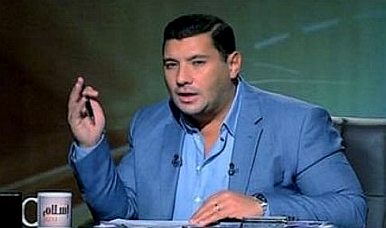 Egypt’s deep state is a bureaucratic theocracy. This network forms the infrastructure of the official government. It is accountable to the doctrines put forth by the powerful Islamic clerics of Al-Azhar Institute. The religion of Islam, when merged with the state, can better exert Allah’s powerful hold over the individual. Only then can it fulfill its destiny. While controlling Egypt, Islam’s elite, in turn, have control over its whole world of believers. Their race for world domination begins in Egypt.

Brave Egyptians resisting the system and exposing ideological underpinnings will eventually erode Islam’s backward concepts and entwinement with the state. It can rob power from religionists and lead to the release of followers around the world. Believers can then be inspired to replace blind obedience and fear with individual thinking, free will and assimilation into Western societies — a hopeful scenario.

Dr. Islam Buheiry is one example of only a handful like him around the world. An iconoclast, Dr. Islam Buheiry, evolved out of the climate of dissent that delivered Al-Sisi, the military general, to lead Egyptians out of the Arab Spring. Dr. Buheiry is an Egyptian intellectual living in Cairo who specializes in the study and renewal of Islam for modern times. He spoke out against the religious establishment’s exploitation of ancient texts. He analyzed interpretations by Islam’s top historians and teachers past and present. For this he risked his life. Last month he began a one-year prison sentence (often a penalty worse than death) for his offensive opinions. Dr. Islam Buheiry — speaking about Islam in the Egyptian state-sponsored media — is a hero at a time when the West is afraid to even name or discuss Islamic terrorism.

Educated in Britain, Buheiry headed the Islamic Studies Center Foundation at Cairo’s Al Youm Al Sabeh newspaper, a position created just for him, but he went far beyond his role. His research led the way for Islam’s religious enlightenment, which entailed new explanations and revision of sanctified Islamic texts. He was careful to focus on sacred writings (Seerah and Hadethes) outside the Koran or Koranic verses believed to be sealed in heaven. Despite his politically correct approach, he dared to contradict Al-Azhar Sunni doctrine — interpreted Islamic texts used to manage Muslim followers around the world.

It all started a few years back when Buheiry began a national television program called “With Islam” to examine Muslim Brotherhood (MB) ideology, the strictest version of Islamic Sunni theology. As the Arab Spring Egyptians fought against tyranny, Buheiry questioned bizarre and dangerous “fatwas” — edicts issued by imams justifying the MB takeover and Sharia law. None of Buheiry’s religious opponents could find arguments to silence him. In general, religious legalists refuse to engage in open and honest debate where violence has been the acceptable answer. Buheiry rose up in the face of what he knew about the fate of Dr. Faraj Fuda before him, a freethinker who spoke publicly about Islam and was assassinated by edict during the Mubarak regime. In fact, Dr. Islam Buheiry considered Dr. Fuda his teacher.

When Buheiry exposed the religion for its inherent radicalism, he entered into a collision course with the deep state — a stronghold of backward, intolerant state officials, prosecutors and judiciary allying with Al-Azhar’s religious dictators. Egypt’s legal system dating from the 19th century French occupation has been under siege by Islamic clerics since 1971. The Second Amendment of Egypt’s constitution subjugates all matters to a final ruling by religious scholars and contradicts the remainder of the constitution’s text, which is steeped in the language of freedom and human rights.

The crime of blasphemy, now gaining influence in the West (U.S. House Resolution 569), pertains broadly to mentioning, questioning, analyzing, or criticizing the religion of Islam. Egyptians now have a leader and an advocate for the cause to rid Egypt and the world of archaic, draconian laws and severe, inhumane punishments. In only two years’ time, Egypt’s “reformist” president has not only accomplished much to end terrorism but has begun to chip away at the foundations and the system that produces it worldwide.

He did the obvious first. He banned the Muslim Brotherhood organization, removed its members from key government positions, and sent the military to the Gaza border as well as Libya to fight terror. Meanwhile, he addressed the deeper layer; the machine that continues to generate the ideological basis for terror. Like fellow dissidents, Buheiry and Fuda before him, the President puts his life in jeopardy.

When Al-Sisi requested a referendum back in 2013 from the people to fight terrorism, more than 10 million citizens gathered in Tahrir Square to answer yes. Today with this mandate, Al-Sisi has approached Islam’s “doctrinal command center” (Al-Azhar Institute) to encourage an enlightened transformation of the Islamic message. He has given speeches to Al-Azhar scholars for the explicit purpose of inviting peace and equality with other faiths in the country. His reasoning has extended to the immense Islamic propaganda network within Egypt spreading through early education textbooks, and he set out to rewrite and eradicate religious brainwashing.

During his tenure, Al-Sisi has made two unprecedented visits to the Orthodox Church during the holiest of times, which Coptic Christians take as genuine outreaches for the promise of equality and religious freedom. With this, he committed the state to rebuilding 87 churches destroyed as a result of the most recent Islamic attacks. Importantly, he opened up parliamentary elections to Christian candidates for the first time ever in Egypt, which have only ever been token appointments in the past selected from this minority. All of this makes him dangerous to the establishment.

Al-Sisi’s industriousness is historic. This is anti-Islamic and, in itself, represents a culture clash. It took his government just six months to complete a Suez Canal expansion project, which has proven to Egyptians he means to do what he promises. Like Dr. Buheiry and Dr. Fuda, Al-Sisi, the president, is a true hero and role model. If he were to publicly pardon Dr. Buheiry and memorialize Dr. Fuda for their brave work in this common cause, it would strengthen and build momentum for the progress forged so far in Egypt.