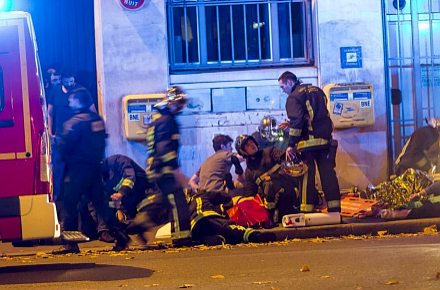 In the wake of last night’s massacre in Paris, a petition has been filed at petitions.whitehouse.gov that seeks to place an indefinite moratorium on Middle Eastern refugee resettlement in the United States. The initiator of the petition says: “We know that jihadis have been using the cover of refugee resettlement to exploit our weak borders and commit acts of terrorism. Paris is proof of this objective.”

Here’s the text of the petition:

In the wake of the Jihad terror attacks in Paris of 13 November, we demand that an indefinite moratorium be placed on all refugee resettlement from Middle Eastern nations.

It has recently come to light that one of the Paris Jihad attackers possessed a Syrian passport and passed through Greece in October 2015. According to Nikos Toscas, Greece’s deputy minister in charge of police, “The holder of the passport passed through the island of Leros on Oct. 3, 2015, where he was identified according to EU rules.”

Seeing how this attacker easily exploited Europe’s refugee policies, we can only assume that others will exploit our generous, and porous, system in order to commit acts of terrorism on our sacred American soil.

For more information on what “refugee” resettlement is doing to the USA, visit Refugee Resettlement Watch.