Tensions are Rising in Sweden
by Fjordman

The Sweden Democrats, who are critical of mass immigration, on August 20, 2015 for the first time were polled as Sweden’s largest political party, with 25.2 percent support.[1] This put them just ahead of the Social Democrats, who have been the country’s largest political party for generations. The SD entered Parliament for the first time in 2010. They became the third largest party during the elections in 2014, and have continued to grow in popularity since then. These poll numbers are therefore not entirely surprising. However, it is likely that a brutal double murder that same month contributed to SD’s breaking this threshold for the first time. 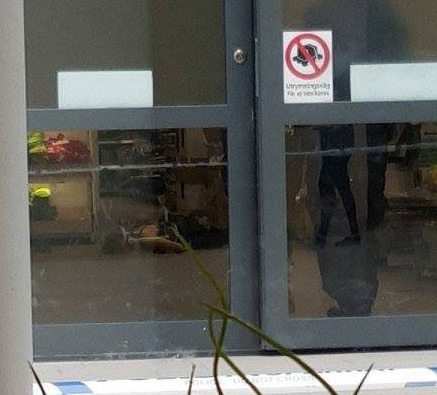 On August 10, 2015, two Swedes [2] were stabbed to death by a rejected African asylum seeker[3] at an IKEA store in Västerås, west of Stockholm. The store closed for two days after this double homicide, officially due to “technical error.” The furniture giant IKEA is one of Sweden’s most famous brands internationally. To see random Swedes brutally murdered by an immigrant, simply for shopping in their own country, caused widespread outrage among many Swedes.[4] It seemed to demonstrate yet again that immigration is out of control, and that the establishment parties have failed to uphold basic security.

I have previously labeled Sweden one of the most repressive and culturally insane countries in the Western world. I stand by that assessment. It was true, at least in the past. Yet in fairness to Sweden, censorship and ideological indoctrination can be encountered throughout the Western world today. They are not unique to one country.

When opinion polls show that the Sweden Democrats could become the largest political party in the country, this is a major breakthrough. Even in Sweden, the negative effects of mass immigration will finally need to be talked about openly. I attribute this breakthrough to at least two key factors:

Problems that were worrisome 15-20 years ago have now become alarming, even catastrophic. Europe and the wider Western world is stuck in a race against time: Will rising popular opposition to mass immigration be enough to stop the current inflow? So far, this has unfortunately not been the case. More drastic measures need to be taken to stem the massive inflow of asylum seekers and illegal immigrants.

In this age of doom and gloom, we should celebrate whatever good news we can find. It is good that opposition to organized national destruction is finally rising, even in Sweden. Nevertheless, on the negative side of the equation, we have to add a few factors.

First, the Sweden Democrats now rival the country’s largest political parties in size, but so far only in opinion polls. That is not the same as elections.

Second, even if the SD should indeed become Sweden’s largest party, the next election is scheduled to take place in 2018. That means, at a minimum, several more years of possibly irreparable damage done to the Swedish nation.

Third, no single political party in Sweden today is anywhere close to having a majority of the seats in Parliament. That probably means that the Sweden Democrats cannot substantially change the country’s suicidal immigration policies until they have convinced some other parties to do the same. This could happen, if the ruling elites feel squeezed by the voters. However, so far this has not taken place. On the contrary, all of the other established parties have closed ranks in order to keep the SD away from any position of influence.

Fourth, in the highly unlikely event that the Sweden Democrats should get a majority of seats in the Swedish Parliament, even that might not be enough. In order to stop Sweden’s slide into the abyss, they would have to withdraw from the Schengen Agreement and possibly the outdated United Nations Refugee Convention from 1951. Finally, they would have to leave the European Union (EU) entirely in order to reestablish effective control over their own national borders and laws. The leadership of the SD have so far not demonstrated any willingness to do all of this.

In summary, I would welcome a Prime Minister from the Sweden Democrats with a strong mandate to finally do something real about the runaway mass immigration that is destabilizing the country. Unfortunately, I fear that even if this happens, it will be like being made captain of the Titanic five minutes after it hits the iceberg.

As I warned in one of my essays already in May 2005, “Swedish culture is disappearing with astonishing speed in front of our eyes. If the trend isn’t stopped, the Swedish nation will simply cease to exist in any meaningful way during the first half of this century. The country that gave us Bergman, ABBA and Volvo could become known as the Bosnia of northern Europe.”[5]

More than a decade later, some of the major media seem to have a reached a similar conclusion. The country’s third largest city, Malmö, is probably the most Islamized city in Scandinavia. It has been rocked by explosions and bombs for several years.[6] Gothenburg, Sweden’s second-largest city, had been plagued by deadly gang shootings[7] and is a recruitment center for Jihadists to the Islamic State (ISIS). Stockholm was shaken by major riots in immigrant-dominated suburbs in May 2013.[8] There are fears that similar riots could return at any moment. None of the underlying problems have been solved, and there are reports of policemen, firemen or ambulances being attacked or pelted with stones. Even smaller Swedish towns now face similar problems.

In neighboring Denmark, the centrist newspaper Jyllands-Posten published an editorial on August 18, 2015 about these issues. It lamented that many people can no longer recognize what was once known as Sweden. Closing on a dark note, the paper concluded that unless the government is able to get a handle on Sweden’s immigration problems soon, the end result could be chaos and anarchy: “The security of Swedes depends largely on whether the government can solve problems with political solutions. If not, the solutions will be anti-political, in other words, violent and bloody. When those in power no longer have legitimacy, society is in danger of ending violently. This has happened in Syria, but it could also happen in Sweden.”[9]

Written at a time when Syria is engaged in an exceedingly bloody civil war, this is a stark warning indeed. Unfortunately, it is not without merit. Right now, both the “diversity” problems and the opposition to them are growing. This will ensure increasing polarization in the years to come.

Mass immigration and population replacement continues at full speed. Sweden is infamous for having the highest rape rates in all of Europe.[10] The general level of violent crime is high. Many native Swedes have family members or friends who have been raped, mugged or abused by immigrants. Resentment is quietly simmering beneath the surface. Trust in the mass media and in political leaders is plummeting. The economy has been put under increasing strain in order to finance a level of immigration that is not sustainable.

Quite a few people in Sweden and other Nordic countries have guns and a hunting licence. Meanwhile, the police have lost effective control over dozens of areas. This number keeps growing. Criminal gangs are becoming bolder. In some cases, ethnic gangs attack not merely each other or average citizens, but also police patrols or even police stations.[11]

I wish civilized Swedes who want to preserve their nation the very best of luck. I fear they are going to need it. But then again, the same goes for many other European nations, including my own.

12 thoughts on “Tensions are Rising in Sweden”