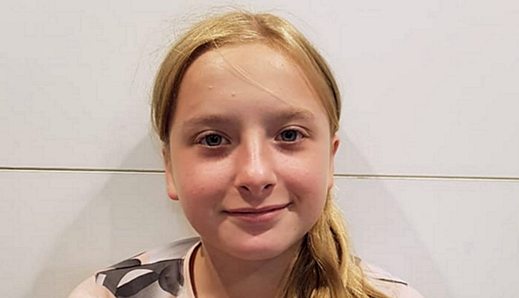 A 12-year-old schoolgirl named Lola was abducted and brutally murdered in Paris last month, allegedly by a culture-enriching Algerian woman whose deportation had been ordered, but who was still in the country.

Many thanks to Gary Fouse for translating this article from Le Figaro:

Friha B., older sister of the suspect, should be expelled soon to Algeria, due to “lack of a residence permit”.

Friha B., the older sister of the principal suspect in the murder of little Lola, has been placed in an administrative detention center and should be expelled soon to Algeria, Le Figaro learned Friday November 18 from a source close to the case, confirming a report by France.info.

Twenty-six years of age, the young woman was arrested last month for “lack of a residence permit”. Friha B had previously been placed in custody within the course of the investigation of the murder of Lola (12), murdered on October 14 in the 19th arrondissement of Paris. Unlike her sister Dahbia, Friha was freed from custody and was not charged in the case.

It is in Friha’s apartment, in which she lived with her sister Dahbia, that little Lola was murdered on October 14. According to statements made by the principal suspect, as reported by the Paris prosecutor, Dahbia B. reportedly admitted “dragging the victim to her sister’s apartment, in the same apartment building as the child. She reportedly forced her to shower before committing sexual attacks upon her and other acts of violence that resulted in her death.” Some hours later, the body of the adolescent was discovered in a trunk.

Dahbia B, a 24-year-old Algerian, had been under an order to leave the territory of France (OQTF), which was not the case for her sister, Friha, according to France.info. Dahbia B. is currently in pre-trial detention.

Previous posts about the murder of Lola:

5 thoughts on “Update on the Lola Murder”