As a follow-up to “No Fear of Cyborgs!”, our Hungarian correspondent László sends this report on the latest biometric banking technology being promoted in Hungary.

He includes this note:

The speed of introduction is amazing — judging by that, we are only years away from the CBDC.

Fintech.hu sponsored the dishonest advertisement in question, which is being sold as an article. It turns out that fintech is a sort of “Davos tech”. But then who sponsors fintech.hu? That is the billion-digital-dollar question. 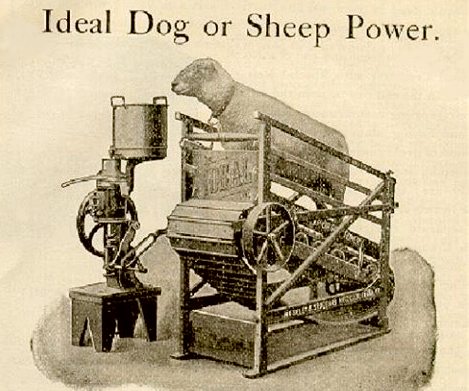 Pimpin’ for the New World Order

The Grinning Hookers of the Great Reset

You will read below a brainwashing ad for biometric payments, camouflaged as an article, published by the Hungarian globalist mainstream media outlet Index. The format is that of a regular article, and unsuspecting readers are informed only at the end of the piece that they have actually read an ad.

So first you get duped by a dishonest ad, then you get hooked by the alleged convenience of the payment methods decades later, and you won’t have any idea why.

The article claims that in the future you will be able to pay with a smile. And if, I might add, you will eventually not be able to pay without a smile, then all dissatisfaction in the society will easily be eliminated, won’t it? This is how the dystopia of “you will own nothing and be happy” is taking shape.

“It may seem counterintuitive to expect security from sharing sensitive personal data, but our unique identifiers are the perfect way to prove our identity,” the central tenet of the article claims.

Sacred gaslighting! It is, of course, not “counterintuitive”: it is foolish and dangerous as hell. But, most importantly, it is the very way our liberty will be taken away from us.

The planned transformation of society is taking place in the minds of the populace, which are being hijacked in the manner Yuri Bezmenov described. In ten to fifteen years’ time such brainwashing pieces will long be forgotten, only the ‘mystery’ will remain: “why almost nobody resists the totalitarian new world order.”

That’s why. That’s why the smilin’ hookers of the Great Fascist Reset will betray us all and steal our liberty. But it will not be their fault.

It is long-term subversion at work: the media pimping for the New World Order.

The translation of the propaganda of Index.hu:

In the future, you won’t need cash or a debit card to pay — a smile will be enough

We don’t even realise it, but we rely more and more on our unique physical features for our everyday purchases. Apple Pay, Google Pay and Samsung Pay have made wallets redundant for a lot of people. And the ability to validate payments with your fingerprint or facial image has played a huge role in this. So let’s take a closer look at what else the world of biometric payments has in store.

People’s payment habits have changed enormously over the last hundred years. Cash has been replaced by a range of debit cards, and online shopping and mobile payments have also gained momentum. But whatever method of payment we choose, we always need to have some way of proving that we initiated it. Biometric payment solutions are opening up new possibilities in this area.

Biometric payment solutions look at people’s unique physical and behavioural distinguishing characteristics. In fact, it’s more about identification than payment. That’s because services compare their existing databases with the biometric data they receive during the payment process and approve the transaction based on the match. The most commonly used biometric identifiers are retina and iris, finger and palm prints, and facial images, and there are also behavioural identifiers such as gait, keystroke patterns and intonation.

Biometric payments are closer than you think

With a smartphone in our pocket, we are all just a few steps away from starting to use biometric payment solutions, if we haven’t already. Apple Pay and Google Pay have brought the smartphone unlocking logic to the payments space. They have already won over a lot of people with fingerprint and facial recognition.

The number and total value of mobile payment transactions increased by 240 percent last year, according to the Hungarian National Bank. A survey reports that active users feel that mobile payments are faster and more convenient than other alternatives. Because they always have their smartphone with them, they don’t have to bother with a wallet or fetching their bank card.

The one huge advantage of biometric payment solutions that is not reflected in the feedback is security. It may seem counterintuitive to expect security from sharing sensitive personal data, but our unique identifiers are the perfect way to prove our identity. So while our cash and bank cards can be stolen and used at will, our mobile phones cannot be unlocked at a moment’s notice.

It seems people are reluctant to bother with their plastic bank cards and PINs. The big card companies are trying to respond to this feedback. Visa and MasterCard have already created a bank card that can scan your fingerprint and then approve the transaction.

Both cards work on similar principles. The customer need only hold his finger on a separate fingerprint-reader section of the card and, once a match is made, the contactless payment can be completed — without entering a PIN. This is made possible by a sensor implanted in the card which verifies the fingerprint on the spot. The biological data does not leave the card, so there is no risk of a data leak.

But real convenience begins where no physical object is needed — no smartphone, no credit card.

A few years ago it was science fiction, now it’s reality

Facial recognition terminals, payment chips that can be placed under the skin and cashierless shops are not just ambitious plans, they are now a reality. But they are not yet widespread, so the real breakthrough is still some time away in the future.

A growing number of companies are trying to gain a foothold in the market of facial recognition payments, which they believe is the future of personal shopping. Just as there are payment terminals at cash registers now, a facial recognition tablet is not difficult to install. And the payment process will be much more convenient and faster.

There are simple facial recognition technologies that can instantly recognise the customer.

But other solutions require more than just standing and waiting for identification — you have to smile or wave to show that you are actually shopping. Of course, to use such services, you need to provide your face image in advance, so that subsequent attempts at identification can have a basis for comparison.

While facial recognition solutions expect stores to embrace biometric payments, there are companies that don’t expect change from stores, but that put the customer in control — literally. Walletmor, a British-Polish company, is putting an implant in its customers’ hands that will allow them to make contactless payments at terminals they currently use.

The implants contain NFC chips, like those found in bank cards and smartphones, which the terminals can use to communicate with each other to exchange information for payment. The only difference with Walletmor’s service is that you approach the terminal with your hand, not with a card or phone.

All solutions so far are based on the idea that we will always pay at cash desks. However, this will not necessarily be the case.

Amazon is one of the biggest brands to have embraced the idea of cashierless stores.

Already in 2015 they were thinking about the development. And in 2016 they opened a store for their employees, which opened its doors to the public at Amazon’s Seattle headquarters in 2018.

Instead of the usual scanning of goods and checkouts for payment, the company has come up with a much smoother process. Customers scan a code to identify themselves when they enter the store. Once inside, artificial intelligence-enabled cameras and sensors monitor what they take off the shelf. When they’re done, they simply walk out, and the price of the identified products is deducted from their app-connected credit card balance. Similar cashierless shops have now appeared in several countries, including several in our region. In Austria, Saturn Express was the first European example of a cashierless shop. Zabka, one of Poland’s largest chains, has introduced the business model in several of its stores. And in Hungary, Quick Pick Grab & Go brought this innovative shopping experience to Hungarians.

The author is an advisor to Peak.

This sponsored content was produced in collaboration with fintech.hu.

Fintech? It is a sort of Great Reset tech: “Davos 2020: Delegates at World Economic Forum Urged to Commit to Fintech”.

Those who are surprised should smile now.

6 thoughts on “Pimpin’ for the New World Order”