Our Hungarian correspondent László reports on the case against a Hungarian man who converted to Islam and joined a jihad conspiracy. The young perp has gotten off very lightly — a slap on the wrist would have been an improvement. 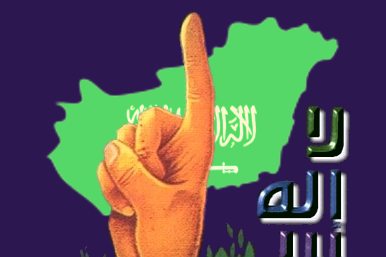 The Spirit of Mohammed has Arrived in the Hungarian Courts

A Historic Moment of Islamic Conquest in Central Europe

Even though there are relatively few Mohammedans living in Hungary (about 70,000 in my estimation), and the country has been known as a bastion protecting Europe against the Hijra (Islamic conquest by migration), the legal system seems to have joined the Eurabian norm in a recent precedent.

The story in a nutshell:

A young Hungarian convert to Islam, the son of a lawyer, wanted to detonate a bomb and drive into a crowd, in order to “commit a terrorist act on the territory of Hungary aimed at intimidating the people of Europe”. He also joined the Islamic State. And he got away with it all, with a suspended prison sentence, and has been ordered to undergo therapy with a psychologist.

Mohammed, the prophet of Islam, said: “I have been made victorious with terror (cast in the hearts of the enemy)” — Bukhari (4.52.220). And for Mohammedans, Mohammed is the most “beautiful pattern of conduct” and “example” for mankind to follow (Qur’an 33:21), as well as the “exalted standard of character” (Qur’an 68:4). And the Jihadists of the Islamic State have consistently referred to the Hadith and the Koran to justify their actions over time — signalling that ISIS, Jihad and Islam are inseparable.

So the motive is clear — and that should have been taken into consideration in the judgement. Yet the Hungarian legal system does not seem to know or care about it. Or have they been intimidated by potential accusations of “Islamophobia”?

One thing is sure: the weaponized narrative of the “radical, jihadist branch of Islam“ has unfortunately arrived in Hungary and has hijacked and perverted the legal system. Jihad terror is now a mental disorder, in Hungarabia too. That is a known application of Taqiyya (‘sacred’ Islamic deception) in the West, deliberate or not: The spirit of Mohammed has arrived in the Hungarian courts.

Islamic conquest is spreading slowly but relentlessly from Western Europe towards the eastern parts of the continent.

Translation of the article from 24.hu:

In the end, the Islamist V. Kende does not have to go to prison

V. Kende, who was sentenced to 3 years 8 months in prison in the first instance for preparing to commit a terrorist act on the territory of Hungary aimed at intimidating the people of Europe, will not have to go to prison in the end.

The Budapest Court of Appeal overturned the February judgment of the Metropolitan Court of Budapest (Fovárosi Törvényszék) and classified the man’s act as a basic case of preparation for a terrorist act. The young man’s sentence was reduced to two years’ imprisonment but suspended to four years’ probation.

According to the court, the young man was placed under the supervision of a probation officer and ordered to undergo therapy with a psychologist and to refrain from visiting sites and forums on the Internet that promote violent ideas and content.

According to the prosecution, V. Kende converted to Islam in June 2020 in a mosque in Budapest. Last spring, he became a follower of the radical, jihadist branch of Islam and a supporter of the Islamic State terrorist organisation.

He was accused of planning to carry out a terror attempt by looking for possible targets and ways to carry it out. And between March and May, he communicated with several people online about committing terrorist acts.

He received written materials and advice from a user on how to make a homemade pipe bomb, which the prosecution says led him to start buying the materials to make the pipe bomb.

In the course of this, he ordered a remote control from an online shop, and at the end of May, also in the online space, he agreed with another interlocutor to carry out a simultaneous, high-profile bomb attack that would terrify the population of the whole of Europe, by driving a car into a crowd of tourists on the Siófok promenade, while his partner would carry out a bomb attack in Budapest.

The 22-year-old boy, accused of preparing a terrorist attack, denied that he had planned to carry out bombings and drive into crowds in Siófok.

According to the indictment, he wrote in chat rooms: “Great things will happen soon in Hungary, Allah willing” and “The European Championship will be a huge blast.”

The 22-year-old admitted chatting about such content during the investigation phase, but did not plead guilty. He claimed he did not mean it and would not have done these things.

When imposing the sentence, the trial court took into account the defendant’s factual confession and the fact that he had a slight impairment of his mental capacity at the time of the offence. The sentence was appealed by the prosecution, the accused and his lawyer.

The Budapest Court of Appeal classified Kende’s act as a predicate offence, since it could not be established that the accused had committed his act in order to commit a terrorist group offence. He was therefore sentenced to suspended imprisonment instead of imprisonment for a term to be served.