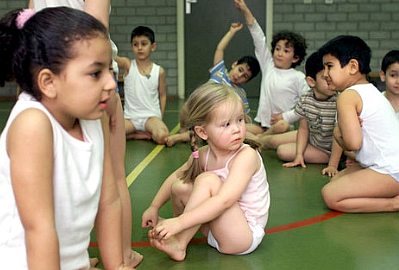 Elementary schools in North Rhine-Westphalia are fast approaching maximum cultural enrichment. Pretty soon they won’t have any “whiteness” left to purge themselves of.

The AfD is now demanding consequences. “For performance-oriented lessons, students need study groups that are as homogeneous as possible. This is being thwarted by a policy that actively brings about an increasing heterogenization of society,” said Carlo Clemens, spokesman for education policy for the AfD parliamentary group. The integration policy spokeswoman, Enxhi Seli-Zacharias, also referred to growing cultural conflicts and accused state policies of making the schools a “nucleus for ever-expanding parallel societies.”

Katrin Göring-Eckardt (Greens), in particular, must have her heart pumping in rapturous joy about how Germany is changing continuously, rapidly and most likely irretrievably.

Wir sind die letzten Goten. (We are the last Goths.)

10 thoughts on “The Great Replacement in Elementary Schools”