Our Israeli correspondent MC takes another look at the Bizarro World of American politics since the investiture of the Puppet on January 20. 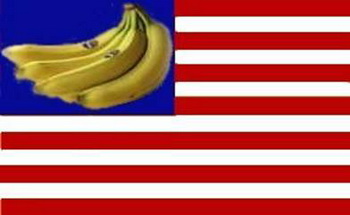 The Besmirching of that Star Spangled Banner

If President Biden and his Democrat party really did steal that election by malice aforethought then the banner is irrevocably soiled — the land of the slave and the home of the snowflake.

It is sad for a foreign fan of all things American, like myself, to see the nation taken over by criminals: Bidens, Clintons, Capones, Parkers and Barrows rather than the Reagans, Kennedys and Kings — true Americans despite their faults.

I have a nightmare: that all Americans hate each other, that skin colour is more important than achievement and character. That accusation, that bigotry, that cancel culture, that Trump-hatred, that they dominate the District of Columbia.

That the Supreme Court Judges are so obsessed with politics and the orange-man-bad cult that their decisions are totally biased and irrational and that “they, the people” are so emasculated and leaderless that “we, the elite” can just walk all over them.

But most of all, we must ask ourselves: what happened to the Republican opposition?

They caved. They have allowed the USA to become a one-party state. Their leaders were and are pathetic. They allowed the pseudo-assassination of their own guy; worse, they were Brutus: they, too, drove home the blade, and then stood by as “Cassius” Soetoro undid all that was achieved in four years with just a few strokes of the pen.

Can a dim-witted old man really stand the test of time, or is he just a puppet of all that is worst of the “Bandung Generation”?

Of course, if the election was straight and fair, then none of this applies.

Americans, especially Democrats, need to ask themselves: is hatred of Trump worth destroying the nation for? It’s that Russian Roulette with an automatic pistol again. Socialism is not an ‘empty chamber’, and a blank is also lethal at short range. Trumpophobia may be fashionable, but it is not worth committing national seppuku over.

With the censorship, digital book-burning and ‘no platforming’ solidly in place, the USA is a few steps away from a helter-skelter (British : a spiral slide around a tower at an amusement park) slide into full scale Communism and poverty — yes, poverty, your poverty, you queuing for food for 12 hours a day.

In the aftermath of WW2 the UK socialists gained power and built a welfare state in four years, a welfare state that cost the taxpayer dearly, in reality, up to 70% of their earnings, much of it through indirect taxation. This has crippled Britain. It is a national ball and chain locked firmly to the leg of economic mobility. I am also of the opinion that it was Bismarckian socialism that drove Bethmann-Hollweg into the WW1 debacle; Germany could not compete with the evolving (Czarist) Russian economy.

What was President Trump’s crime that he faced such hostility?

Firstly, and importantly, it was a negative crime, the crime of not being part of the clique; although successful, he did not come from the correct lineage and was therefore despised. He was despised and hated by everybody from mild conservatives leftwards, he was the symbol of failure to all those closet admirers of Marx.

Mild conservatives hate taking action. Tommy Robinson was also despised by the soft conservatives because he was not one of them and was outspoken when he had no ‘right’ to be. Class bigotry is alive and well in the UK today.

Marxism has failed. 150 years later the middle classes have still not risen and taken over the means of production; Marx’s historically inevitability has proven to be elusive. In its place we have had attempts to re-engineer Marxism, attempts that lead Russia through Marx-Leninism (a short circuit where a coup d’état leads to the unwelcome imposition of Soviet tyranny), Fascism (Mussolini’s rationalization of Marxism into Statism) and Nazism (Hitler re-initializing Marxism, but focussed on race rather than class).

The flavours of the tyrannies varied. We have Stalin’s Marxism in one country, a form of nationalist socialism, and Mao’s nationalist/racist Han-corporatist-Marxism — and Pol Pot’s feudal Marxism. All of these (except Mussolini) used mass extermination techniques to ram through their politico-religious doctrines. Of course, with mass media constantly at hand, we now only need to murder a few, and cancel a few, and over-publicise the hype.

Nasty, unpleasant governments for all, except for those few at the very top, and those for whom it was a wonderful opportunity to satiate their illicit and depraved sadistic desires on vulnerable people.

And now, we can welcome the USA to ‘Club Gulag’ at a FEMA camp near you.

The rule of law broke down years ago, maybe epitomised by the Rambo movies, where the illegal action of a rogue but unaccountable sheriff against a psychologically challenged Vietnam Special Forces vet, now hobo, triggers a slide into extremes of violence.

The Rambo scenario, triggered by policing authorities taking ‘shortcuts’, is now familiar. Do the ends ever justify the means? In defending the ‘rights’ of the hobo, one upholds rule of law. The hobo, too, is innocent until proven guilty, but when the elite are guilty, they now seem to be able to make the burden of proof impossible. The dry rot in the deep state has penetrated right to the very core.

Innocent? guilty of non-wokism — punish — kill, that is the real historical inevitability. For ‘woke’ substitute ‘Islam’ or ‘Spanish Inquisition’ or ‘Nazi’ or ‘Hun’ or whatever is current.

The moment anybody, including Christians, leaves the ten Commandments behind, the amoral warlord culture once more takes over and the rule of terror is once more released on the masses.

So here we are today, uncertain as to the legitimacy of the Administration.

If the Administration were innocent of electoral fraud then one would expect them to not only be open to independent investigation, but to positively encourage it in order to establish true legitimacy.

So the flag droops, tarred and feathered, lacking credibility.

“Land of the Free” — only as long as you take the vaccine, wear the mask, social distance etc., etc.

“Home of the Brave” — Now just cower in the corner and do as you’re told and the covid boogaloo will pass over — you are safe as long as you do as we say (not as we do).

I suppose we got too comfortable in our blankets. It is 4am and the fire alarm is ringing, but I can’t smell smoke (the stink of biased and malicious media covers all else), so I stay in the warmth of my bed. Next thing, I’m dead.

Right now we are looking at “American Betrayal” S2E1. This time it is not a Harry Hopkins, it’s at the very top, same story, different cast, same players, different countries, a sellout for money rather than ideology. Hopkins made a puppet of FDR. Who has made a puppet of the current POTUS?

One of the problems of cheating is that the fear of exposure renders one open to blackmail, and in the Oval Office, blackmail is a national disaster.

Why did the USA agree to ‘Europe First’? Was the decision made in Washington or Moscow? We may never know the answer, but to the Americans and Filipinos fighting in the Bataan Peninsular it was a disaster, too. Was the current Corona crisis thought up in Wuhan or Davos? Who knows? 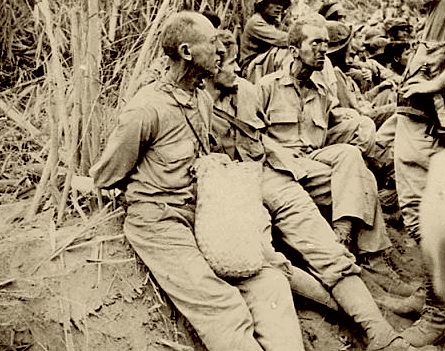 We’re the Battling Bastards of Bataan,
No Mama, No Papa, No Uncle Sam,
No aunts, no uncles, no cousins, no nieces,
No pills, no planes, no artillery pieces,
And nobody gives a damn!

13 thoughts on “The Besmirching of That Star Spangled Banner”