Khairi Saadallah, the Reading mujahid, has pleaded guilty to three murders in a court in the UK, but has not yet been sentenced. The following essay by Michael Copeland is about Mr. Saadallah’s crime, and the cluelessness of the judicial authorities concerning Islamic law. 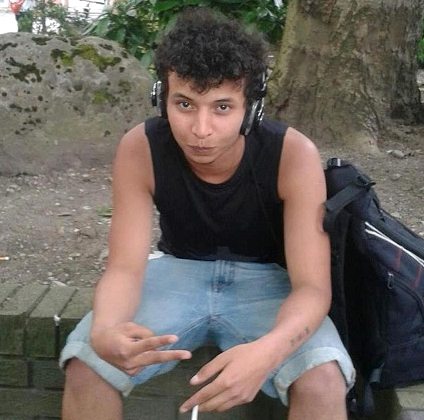 The Mystery of the “Extremist Ideology”

In the trial of the Reading park jihad killer, who knifed three men to death and wounded three others while shouting “Allahu Akbar!”, prosecuting counsel Alison Morgan QC said:

“…the defendant believed in carrying out this attack he was acting in pursuit of an extremist ideology he appears to have held for some time. He believed killing as many people as possible, he was performing an act of religious jihad.”

What is this mystery “extremist ideology”? Does it have a name?

According to politicians the accused must be a “misunderstander”, or, as the Daily Telegraph has put it, a “warped nutter”. Does he hold, as Tony Blair expresses it, “a radicalized and politicized view of Islam, an ideology that distorts and warps Islam’s true message”? Is he, as Blair says, one of those “extremists who pervert the true faith of Islam”, one who has allegedly twisted and distorted the teachings he has received? Does he espouse, as David Cameron puts it, “a poisonous ideology of Islamist extremism that is condemned by all faiths and by all faith leaders”?

How had this come about? Was he badly taught? Is he a hopeless learner? Are his beliefs all mistaken? Is he a poor dear who has got it all wrong?

The case is being heard by Mr. Justice “You know nothing about Islam!” Sweeney, to quote the accolade given him in court by Lee Rigby’s killer. The judge, with no training in Islamic law, had just told him that what he did was “a betrayal of Islam”. The killer, unlike the judge, had studied the Koran, all of which forms part of Islamic law. He had made a note of thirty-two Koranic instructions to kill kafirs, and given this to a bystander.

Killing kafirs is no “betrayal of Islam”: it is a dutiful fulfilment of it. It is what Islam has been commanding — and performing — for nearly 1400 years. The Koran is law. Muslims who kill kafirs in obedience to it are “doing exactly what this book says”, to quote Lt.-Col. Allen West.

All this is apparently unknown to senior barristers and judges, as to politicians. They have not begun their Learning Curve. The remedy is a very useful book, Reliance of the Traveller, a Classic Manual of Sacred Islamic Law. Unlike the difficult and unarranged Koran, it is arranged by subject, is well indexed, and quotes Koranic authority and Hadith where they apply.

Will this educational change happen? Or will these highly paid taxpayer-funded judges and barristers continue to be baffled by this lucrative mystery?

10 thoughts on “The Mystery of the “Extremist Ideology””