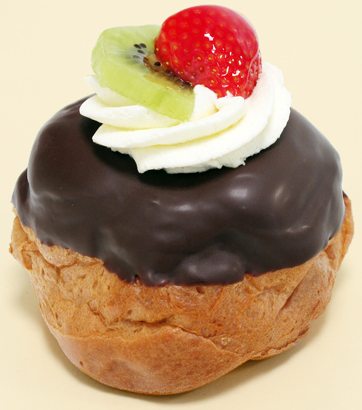 Being progressive for fun and profit

Last week something funny happened. I’d like to share this chuckle with you. What happened? A bakery in the village of Monster in South Holland announced it had been harassed by extreme right-wing villagers. Consequently the baker closed his business, for safety reasons. Why was this baker harassed? He didn’t want to sell the highly racist ‘moorkoppen’ (Moorish heads) anymore. He had renamed them roomkoppen (cream puffs). Enraged villagers threatened him with violence. Hence he had to close his business. The media lapped it up as if were it moorkoppen. The same evening he was interviewed on TV. ‘Beware of extreme right-wing violence’ was the message. But not all is as it appears to be…

What’s a moorkop? Delicious, of course! It is a profiterole covered with chocolate. The name Moorish head isn’t centuries old, but quite old. According to Wikipedia it dates back to about 1920. Racist? Well, anything you want can be racist. Beauty Racism is in the eye of the beholder.

The media loved this act of racist Dutch violence. See? We were right all along. That sort of thing. So they didn’t do their homework. A progressive journalist doing fact-checking first? That’s for dummies. We bring you the real truth! Not all the media are progressive, so pretty soon the truth came out.

The baker was a vegan. Vegans are not necessarily extreme left-wing, missionary and obnoxious. Though I have yet to meet one that isn’t. This one was no exception. Being a vegan bakery is pretty much a political statement. He probably knows a lot about progressive politics, but not much about running a business. The poor harassed vegan baker was poor indeed, as he was near bankruptcy. He didn’t have any money for advertising. So he resorted to a clever trick. He renamed his moorkoppen as roomkoppen. Announced to the press he was harassed over his decision, and consequently closed his shop for safety reasons. That gave him a moment of prime time on national TV.

The journalists who did investigate quickly found out that only one or two (no more) customers told him they didn’t like his name change. That was all. Nothing more. On TV he wasn’t asked anything inquisitive at all; he was a poor oppressed victim of right-wing extremism. So they changed the one or two less satisfied customers in hordes of extreme right-wing activists.

What’s the end of the story? Well, nothing much, of course. The police now protect his bakery. They installed a video camera. The baker didn’t apologize for his blatant lie. Nor did the media. I doubt very much if he gained anything out of it. Monster is a tiny village. I lived nearby; it’s close to The Hague, within easy cycling distance. I’m not sure if the villagers like to be called extreme right-wing hooligans. Even if they frequent vegan bakeries. The Dutch FDA did forbid our progressive baker to call his moorkoppen roomkoppen, as they don’t contain any cream. That was all. On the very next day HEMA, a large store with lots of branches, announced they no longer will sell moorkoppen. From now on, they call them chocolate balls.

The HEMA is a large store that sells almost everything. Their strength is low price and fairly reasonable to decent quality. The abbreviation stands for Hollandse Eenheidsprijzen Maatschappij or Dutch single price company. If any company is Dutch, they are. And they are deeply ashamed of it. They want to be young, hip, and progressive. So their marketing department got to work on it. They launched a campaign in 2007-8, El HEMA, in which they went 100% mohammedan. Literally everything possible — up to being ridiculous — was changed into something promoting or resembling islam. For example, the Dutch love to give/eat letters made out of chocolate on Sinterklaas. So the HEMA added Arab letters to their collection. And made sure everything was clearly marked halal. Clothing was developed along this line with Arabic symbols, letters and much more.

Was it a success? Of course it was. They won prizes for the best marketing campaign in the marketing business. Everybody who was progressive was lyrical about it. Just nobody else. That ‘nobody else’ is their customers. Nearly all of them. With very good reason. First of all, their customer base is the ordinary Dutch(wo)man. Not high income thoroughly indoctrinated well-educated customers. The ones that hate everything they are themselves: being Dutch and being white.

Not surprisingly, HEMA is in serious trouble. The company was already sold to a foreign investor and had to close branches all over the country. Being extremely politically correct is not the reason they are in trouble, but it surely contributes. Ordinary Dutchmen don’t like to be treated to enforced correctness. The people the HEMA wants to woo simply don’t like to shop in a haram store. So ordinary Dutch don’t buy halal chocolate, and muslims would rather buy it in their own shops. I have no idea why the HEMA keeps marketing to the wrong public, for they have been doing it for many years, and show no sign of relenting.

Back to our vegan baker. He probably got his idea from Buys Negerzoenen. Buys is a large bakery that manufactures among other things chocolate coated marshmallows. Negerzoen is literally translated “kiss of a negro”. In 2005 they changed the name into Buys Zoenen (Buys’ kisses), at the ‘request’ of a progressive organization for reparations for slavery. One of the Buys marketing people blabbered not much later that Buys was more than happy to follow up on the request. They expected to gain a lot of free publicity out of it. When that leaked they got more than they bargained for. Yes, the decision to rename negerzoenen got nationwide publicity. Mostly by people who did not want to submit to it. After the news that it was actually a marketing stunt had leaked out, the public was not amused. Yes, you can still buy Buys Kisses. But the expected gain in popularity never materialized.

The last item in this article is about myself. I did have a personal experience of being left and profitable. I was for some time while in The Netherlands. My host showed me a newspaper ad, in which a travel foundation (this is significant!) wanted tour leaders for the Thai market. As I speak fairly decent Thai, and lived there for well over a decade, I thought I’d give it a try. Not that many Dutch can claim in-depth knowledge of Thai and Thailand, after all.

When I arrived at the address, I saw a bunch of not so average cars parked in front of the building. A Saab 900 Cabriolet is not exactly cheapo. I went inside and thought I was at the wrong address. A gang of fairly obvious left-wing women (very sloppy clothing, colored hair, piercings, tattoos) were chatting. So I asked where this travel foundation was. “That’s us.” Oops, I thought. Standing there in my best suite and tie. That’s not going to work, but let’s give those hippies a chance.

One of the dikes managers took me aside for the interview. They were a travel foundation for tax reasons. Much cheaper to run a business that way. That’s why they could afford those fancy cars. They didn’t own them, the foundation did. Their market was ‘feel-good’ holidays worldwide, she told me. Their market was upscale progressive people who wanted to do something for society during their holidays. Their Thailand program was building a school. The group would arrive in a remote village. Help the villagers building a school and dig a well. They would sleep in a barracks. Eat local food. Build that school. Enjoy village life. After two weeks they would do a short tour in Thailand, and then go home again. My job was to translate, assist and interpret. I would join in the work, sleep in a bunk with the others, and eat the same food. I would be paid per tour. If they couldn’t get a group to Thailand, tough luck. That would mean no pay for me. At the same time they required me to be available. Payment, as they were a charitable organization, was pathetic. About 30% of a normal tour leader’s wage. Without a work permit, so it was not even legal. (Thais are very strict in enforcing labor policies.)

Of course I turned it down. I don’t want to work for Dike Tours FDN, and certainly not for a slave wage. After all, the job was to work 21 days non-stop, day and night. If I have to interact 24 hrs of the day with my clients, that’s working too. Personally, I charge extra if I have to bunk and eat a lot worse than in the army.

Do you know what the villagers do after the group has left? They tear the newly build school down and fill up the well, so a new group can do it again. It’s simply Disney World for progressive people. They run programs in many third-world countries, based on this theme. A school here, a well there, a nursery somewhere else. In each case the villagers were paid a pittance for their performance. Just like the tour leader. Their holidays are not cheap at all, mind you. The starting price was over €8000 per person. Combine this with their status as charitable foundation (much less tax to pay) and absolutely low or nonexistent labor ethics. That makes a very nice income for them.

Many people think or say progressive people are not business-oriented. I disagree. They can compete with any business and win. Provided they rig the rules in their favor. Just about everything the left rails against, they did.

But, as we know all too well: some pigs are created more equal than other pigs.

6 thoughts on “Being Progressive for Fun and Profit”