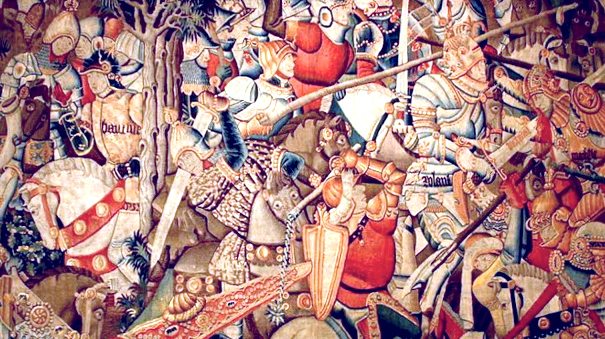 The following video features an appearance on RTL by Eric Zemmour, a popular French commentator. What Mr. Zemmour describes, if true, is quite significant: The French army has prepared a battle plan for retaking French territory that has been colonized by Islam.

Many thanks to Ava Lon for the translation, and to Vlad Tepes for the subtitling. The translator includes this introductory note:

When Zemmour mentions Operation Ronces, it would make most educated people in France think of Battle of Roncesvalles, Ronceval or Roncevaux (the Valley or Valleys of Ronces) in 778 A.D. — Charlemagne against the Moors (and not against the Basques, the PC version of the events, which incidentally is also denied by Muslim sources, which say: we attacked Charlemagne in the Roncesvalles/Roncevaux/Ronceval Pass). And I would be surprised if hinting at that battle wasn’t the intention of the French Joint Chiefs of Staff when they called this Reconquista operational plan “Ronces”.

Roncesvalles, now part of Spain, was an important stop on the pilgrimage route to and from Santiago de Compostela.