Migrants are being stealthily imported into the European Union in large numbers. A similar process is also occurring in the United States. In his latest essay, Michael Copeland points out that these operations may be surreptitious, but the ideological groundwork is not. The intentions of the planners was not occluded; their statements are part of the public record for those who care to look for them.

A community in Bavaria, Germany, was surprised back in 2014 to find deliveries being made of basic beds to an apartment in a small block: twelve beds, arranged as if in dormitories, in a two-bedroom flat with one lavatory. This was to house twelve African so-called “asylum-seekers”. If this were a student accommodation, that arrangement would fail the minimum requirements. No doubt planning regulations in Germany forbid so many inhabitants in one small flat. All those considerations are apparently swept aside. There had been no previous announcement, no seeking of agreement, no listening to objections, no consultation at all. That is what was inflicted on those ordinary Bavarians. Maybe it will be coming soon to an apartment near you. 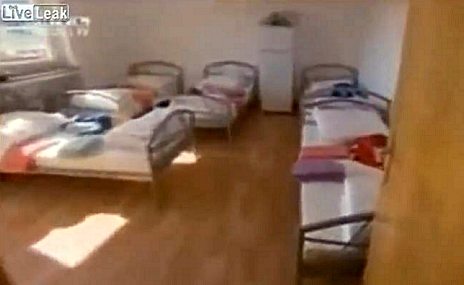 This is EU nation-breaking. High-handed, totalitarian, undemocratic, a conspiracy against the local people, it shows, up close and personal, how indigenous communities in EU states are being invaded, and their cultures deliberately exposed to adverse pressures and hostile competition. This insidious policy is not confined to Germany. Scottish and English cities have had their share of “asylum seekers” planted on them, and are finding out the hard way how problematical it is to have whole communities of greatly differing culture side by side: so too, France, Sweden, Spain and so on. Remember, though, it is kaleidoscopic, vibrant, exciting, and diverse, all hideously inappropriate terms compulsorily used to impart a positive spin. Hear at first hand what the experience is like. Amanda Andrews tells us:

“Multicultural and diverse must mean dominated by Muslims. … Vibrant just means rubbish, noise, crappy halal takeaways, vandalism and men trying to hit on me and abuse me. Exciting must only mean having fear and a pounding heart when I have to walk around this place.” (LibertyGB Facebook, now unavailable)

The twelve fit strong young African tribesmen will have known no German, but would have had predictable interest towards young women. Muslims are instructed in their mosques that women who are uncovered are asking to be raped, and that it is a Muslim’s right to take them. Perhaps these young men are some of those who entered the EU as invaders, by boat to Lampedusa, or by scaling the fence in Melilla, one of the Spanish territories on the coast of Morocco. If so, they have demonstrated that they are not law-abiding, but are law-breaking invaders. What will they be doing by day and by night? The community can justifiably have concerns about crimes such as rape, assault, robbery, and burglary, and car-burning, as in Berlin and many French cities.

Here is another example, this one from Sweden:

“So the city decided: To hell with the [locals], get them out. We want state money, get lots of refugees in here quickly before the locals understand what we are doing.”

Those are the words of a local councillor, Annika Lohmarker. See this video.

Sweden — the government, that is, not the people — announced an open door to Syrian refugees with all necessities provided, and a quick route to Swedish citizenship. There was not a numerical limit to it. The people were not consulted.

Nation-breaking is an unannounced EU policy. It is not about asylum: it promotes colonisation. Here and there appear little insights into what has been decided behind closed doors. The late bullying and tainted Peter Sutherland, UN Special Representative for International Migration, and instigator of the misleadingly-named Global Forum on Migration and Development, was disparaging about any sense of national identity:

“We still nurse a sense of our homogeneity and difference from others, and that’s precisely what the European Union, in my view, should be doing its best to undermine.”

“We… must strive to this end that as many foreigners as possible be brought to Germany. If they are in Germany, we must fight for their right to vote. Once we have achieved this, then we have the segment of voters we need to change this republic.”

Almost word for word that could have been spoken by Tony Blair or Gordon Brown with regard to Britain, and maybe it was. The Brussels monster, as Dutch Freedom Party politician Geert Wilders describes it, is a menacing danger. “De-homogenising” is destruction of our indigenous culture. There is trouble ahead.

Coming soon… to apartments near you