Last week I belatedly posted a response by Victor Onrust to an essay by Thai Peter. Below is Peter’s counter-response.

UPDATE: The Catholic Insight article referred to by Peter is here. 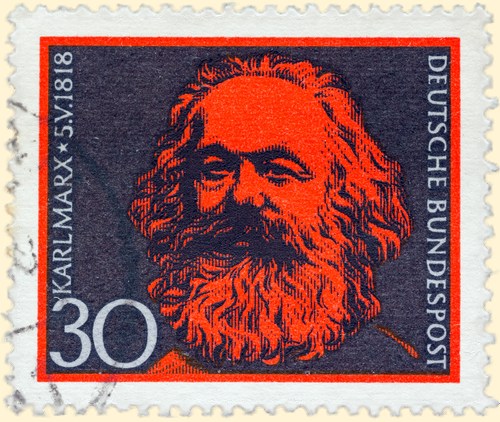 That was an interesting response from Victor Onrust. It cuts across something I was working on already concerning Tony Blair and New Labour, but that is for another time. For now, ever since the concept of Cultural Marxism arose, the Left has been unanimous in the vehemence of its denial that it ever existed. At least Victor appears to be prepared to argue the point rather than resort to the usual name-calling and sneering.

There is one point I must refute from the start: I do not see, nor have I ever seen “Cultural Marxism” as a conspiracy theory. It was a conspiracy, pure and simple — a conspiracy to corrupt in order to impose a communist revolution by stealth. That is how I have always seen it, and it is still at work in the here and now. I first came upon the phrase “Cultural Marxism” in Melanie Phillips’ book “Londonistan”, though she attributed it to the work of Antonio Gramsci rather than the Frankfurt School.

Victor states in his opening paragraph “As with most conspiracy ideas, little is said about who the conspirators are.” Not true. The identities of the “conspirators” are well known. Among others, the main players were Georgy Lukacs, Herbert Marcuse, Theodor Adorno, Walter Benjamin, Leo Lowenthal, Erich Fromm, Max Horkheimer, and Jurgen Habermas — Victor mentions them in his fourth paragraph. As for having a definite plan, that was formulated decades ago and was designed to impose a world-wide Communist revolution by the gradual destruction of Western culture, particularly Judeo-Christianity. It has taken a long time, but it is closer to success today than it has ever been.

Towards the end of 1922, the Comintern (Communist International) began to consider why their 1917 revolution failed to spread into Europe and throughout the West. On Lenin’s initiative, a meeting took place at the Marx-Engels Institute in Moscow to “clarify the concept and give concrete effect to a Marxist Cultural Revolution” — presumably as opposed to a proletarian bloody one, which had already failed to take off outside of Russia. Georgy Lukacs was present at the meeting, and I am reminded that, soon after becoming a Communist, sometime in 1917, he wrote, “Who will save us from Western Civilisation?” Maybe he would.

Also at the meeting was one Willi Munzenberg, a German-born Communist propagandist and fundraiser. Munzenberg foresaw a top-down initiative to “mobilise all the intellectuals and use them to make Western civilization stink. Only then, after we have corrupted all its values and made life impossible, will we be able to impose the dictatorship of the proletariat.” It took a lot of time, but that seems to have happened, particularly over the last thirty years or so.

In 1924, after Lenin’s death, Stalin began to view Lukacs and like-minded people as revisionists, so a number of them decamped to Germany, where Lukacs chaired the first meeting of a group of Communist-oriented sociologists, a gathering that was to lead to the foundation of the Frankfurt School. It was from here that the basic principles of Cultural Marxism were formulated. When Hitler’s rise caused the primary members of the group to flee to America, a number of them were put to work by American institutions. For instance, Adorno — an accomplished musician — obtained the post of Head of the Music Section at the Office of Radio Research at the School of Public and International Affairs at Princeton University. Popularly known as the “Radio Project,” and funded by the Rockefeller Foundation, it examined how the media could affect the population and increase their susceptibility to mass indoctrination and control techniques.

Marcuse, after spending World War Two working for the Allied war effort, went into teaching, first at Brandeis and then at San Diego University. During this time, Marcuse was regarded as the Guru of the New Left and laid down a lot of the principles that are still freely practiced today, such as repressive tolerance which, simply put, encouraged tolerance of ideas and propositions from the left and intolerance of those coming from the right. He also realized that the American working classes would not be engaging in any form of Marxist revolution, and that any revolution he and his cronies could foment would have to be populated from elsewhere. He identified, inter alia, those people that Victor has set out in his second paragraph, the self-proclaimed victims and fringe groups as potential revolutionaries. I agree that there could be no Marxist revolution without the working classes (How I hate that derogatory term!), but what Marcuse was trying to initiate was a Marcusian revolution. Once instigated, this would spread rapidly through universities in the US and elsewhere, where it has become part of the accepted theology, and is why the so-called ruling classes caused those policies Victor identifies to be implemented.

Victor mentions The Dialectical Imagination: A history of the Frankfurt School , the author of which, Martin Jay, taught at the University of Berkley and knew many of the Frankfurt School members personally. He also draws attention to an article on Vice.com by one Scott Oliver which turned out to be another one of those spite-filled anti-right rants seeking to smear anyone with conservative sympathies as a knuckle-dragging, brain-dead Breivik clone. I encountered a lot of those when I was writing my article, and after quoting from some of the worst, I disregarded the rest. There are still a lot of them about.

I grew up in England and also participated in ’68. I must admit that, even then, I found the whole concept of Communist theory and Marxism utterly boring. As far as I was concerned, Marx was reputed to be a hygienically challenged little man who was accused of plagiarizing many of his ideas. As for using the concept of Cultural Marxism to denounce Marx, nothing could be further from the truth. At present he is lying in Highgate Cemetery, North London under a huge pile of masonry, and my only regret is that they didn’t bury all his writings and other meanderings with him. My concern is that from 1922 onwards, certain Communist revolutionaries plotted to destroy Western Civilization and replace it with leftist totalitarianism. They have played a long game, and the original instigators have died, but the evidence of their handiwork is all around us, and all the programmed leftist denials will not change that.

Finally, Victor states, “What is interesting is that I haven’t found any article with reference to Frankfurter (sic) School authors, describing how this Cultural Marxism came about.” I find this curious. There are numerous online articles including:

I recommend Timothy Matthews’ article from Catholic Insight. It is rather old and difficult to find but well worth a read. In case you have difficulty locating it, I will send a copy to the Baron and you can get it from him.

Peter is an English expatriate who now lives in Thailand. For his previous essays, see Peter’s Archives.