Victor Onrust is a Gates of Vienna reader from the Netherlands. He sent this essay sometime last year, and I have been so dilatory that I failed to post it until now. For the first time in many months, the pressure of new material has abated — possibly because MissPiggy is on vacation! — and I’ve actually had time to dig down into my immense “to do” pile and excavate some material that should have been posted long ago.

This article is a response to an essay by Peter in Thailand. 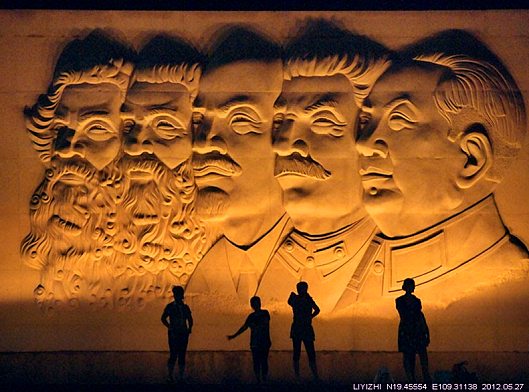 I have followed “Peter’s” series on the loony left. And although he makes some good observations, especially in part one and part three, The Red Evolution IV: The Subversive Left is rather problematic. Although he doesn’t state this explicitly he sees “Cultural Marxism” as a conspiracy theory. An active conspiracy theory, at work in the here and now. As with most conspiracy ideas, little is said about who the conspirators are. Some vaguely-defined groups are held responsible. To my knowledge, any conspiracy needs some committee or other organization that has a definite plan. So I will leave it at that: CM is not a conspiracy.

So what is it? For most of the more regular users, especially in Europe, it describes the ideology of the (loony) left, the social justice warriors, etc. The core of CM is: There is great injustice and inequality in the world; many groups (“natives”, women, homosexuals, people of [black] color) are oppressed and exploited by… the white male. This should end, if necessary, with revolutionary violence. Each of these named groups have their own ideas, cultures, which are equal or even superior to the culture of the white man.

It is clear that these ideas have great influence and are put in to actual policies by the ruling class. The question is: Where did these ideas come from, why are they called “Cultural Marxism”, and why are they so influential?
In general, and Peter is no exception, the primary source of CM is thought to be the Frankfurter School, while many add Gramsci. What is interesting is that I haven’t found any article, with references to Frankfurter School authors, describing how this Cultural Marxism came about. The one thing I have found is that Martin Jay, the author of The Dialectical Imagination: A History of the Frankfurt School fell into a trap set by William Lind (also here towards the end). Note in the piece by Jay that there are certainly anti-Semitic issues with CM, as is usual for most world-scale conspiracy-theories.

Living in Europe, I participated in ’68 (more the ’70s, though) and read (on) Marx, Gramsci, Habermas, Benjamin, Fromm, Marcuse and a lot of others. I can tell that only very few people seriously studied these authors. In some (Fromm and Marcuse for instance), one can see tendencies that go in the direction of “CM”. However, they are not taken seriously as Marxists. There is some revolutionary rhetoric that could as well stem from Bakunin. The first question to ask is: What is “Marxism” anyway, “Cultural”, “Female”, or what you will? The answer is rather simple: Marxism is about Capitalism and the class struggle between the proletariat and the bourgeoisie. Now there is a lot to say about if and how Marx’s ideas on this subject hold in the present, but one thing is sure: Capitalism is the dominant force in this world, and this “poses some problems”. So maybe we can learn something from Marx and his successors, especially Gramsci, about how to tackle these problems.

Identity politics and cultural relativism are mainly grounded in French Postmodernism and the like: Foucault, Deleuze and Guattari, Baudrillard, Lyotard. Some of these once knew some Marxist influence, but have denounced it. So why frame this postmodernism and the like as “Cultural Marxism”? I can think of only one reason: That Marx is still a threat to capitalism and produced some useful insights into its workings, its inherent problems and dangers. Also some ideas how to deal with these problems; but while these proved wrong, his analyses are still very useful.

So the objective is to denounce Marx by ascribing to him the ideas of the loony left. The “cultural” part is to denounce their goal to infiltrate political and juridical institutions, media and universities. Now it’s certainly true that they did this and succeeded. But any political movement that wants to come into power should set such a goal. There is no difference here between right, left, conservative, republican, democrat, socialist, Zeitgeist/Occupy, Social Justice Warriors or Islam.