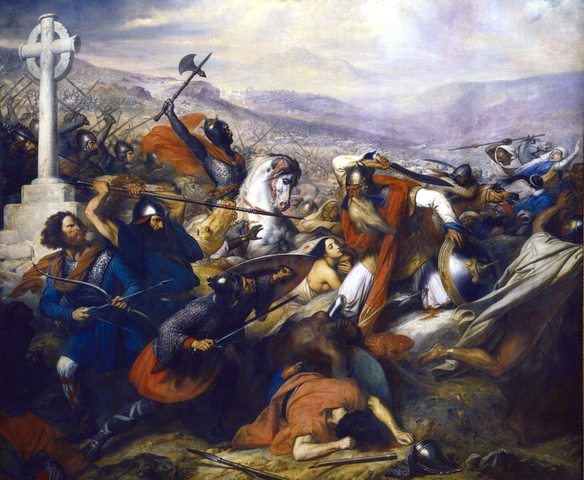 The centuries-long struggle of Europe against Islam is no longer well-understood by most Westerners. When I was young, we still studied the Islamic conquests in school to a certain extent. However, I’d wager that nowadays all pedagogical discussion leaves out this important aspect of European history, which lasted from the conquest of Iberia in the early 8th century until the Second Siege of Vienna in 1683. Whenever the interaction of Islam with Europe is mentioned, I’m certain that all our children hear about are the evil Crusaders, and maybe the later colonization of Islamic lands by European empires.

Muslims, in contrast, are well aware of their martial history. They celebrate their victories over the infidel, mourn their defeats, and burn to avenge the loss of previously held Muslim territory.

The following report from France is a perfect illustration of this dichotomy of historical understanding. Muslims know perfectly well what happened at the Battle of Tours, and why they are building a large mosque in Poitiers.