Our Swedish correspondent Svenne Tvaerskaegg reports on the earliest signs of a shift in the Multicultural winds in the World’s Only Humanitarian Superpower. 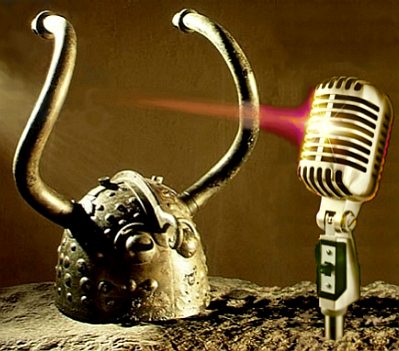 Sweden, once regarded by many as perhaps the most modern and progressive country in the world, is having big problems with its image. News reports about no-go zones, riots, gang rapes and rising crime are appearing with alarming frequency in international media. Sweden has spent a lot of money and effort over the years in promoting itself as a ‘humanitarian superpower’, and the government is very worried about the rapid disintegration of their long-fostered superpower image.

After the Stockholm ghetto riots of 2013 broke out and raged for days across the TV screens of an incredulous world and headlines like “Stockholm burns as rioters battle police”[1] dominated the international press, Swedish authorities moved into full damage-control mode. The world’s attention was now fixed on Sweden, and it was going to be very difficult for them to continue presenting the Scandinavian country as a tranquil place of peace and harmony. Unfortunately for the Swedes, the news coming out of the country got progressively worse as the years passed.

But perception management can sometimes work wonders. Just give the statistics a bit of a massage, bend the truth a little — or quite a lot if need be — and all will be well. Swedish spin doctors via credulous journalists in left wing media assured international readers that the bombings, shootings and riots that were now exploding uncontrollably all over Sweden with alarming frequency really weren’t so bad at all. Such articles aren’t hard to find in The Guardian and Huffington Post and the like, but unfortunately for the spin doctors, reality is brutal and became impossible to hide no matter how hard they tried.[2]

Such was the desperation of the Swedish authorities that they have not been averse to outright lying in an attempt to play down the escalating crime and social disintegration plaguing the humanitarian superpower. But lying is a dangerous game that carries the risk of being found out, and the consequences can be humiliating. In an interview on BBC TV news in March of last year, Swedish Interior Minister Ylva Johansson was asked about the rocketing rape statistics in Sweden after reports appeared in international news media about the city of Malmö being the rape capitol of Europe. Ms. Johansson confidently assured BBC viewers that all was well in Sweden, there was no escalating rape problem and rape statistics are actually improving. In Ms. Johansson’s own words, the number of reported rapes and sexual harassment cases in Sweden were “going down, and going down, and going down”. The world’s Left rejoiced. Jubilant articles appeared in left-leaning media. Here was solid confirmation that the negative things being said about Sweden are “fake news”.

But brutal reality was quick to intrude into Interior Minister Ylva Johansson’s cozy little world. Experts, opposition politicians and media in Sweden pointed out that exactly the opposite of what the minister said to the BBC is true. She was informed in no short measure that rape in Sweden is escalating out of control, and has been doing so for decades. Ylva Johansson was accused of peddling “fake news” herself, and it didn’t take long for the news of her embarrassing public reprimand to reach international media. Ms. Johansson was forced to make a humiliating retraction in front of the entire world and apologize for her false claims on BBC TV news. Sweden’s humanitarian superpower image took yet another battering across the headlines of the world’s press.[3]

Sweden now has the dubious honor of being known as the rape capital of Europe. And it is steadily getting worse. Official statistics from the Swedish Crime Prevention Agency show that rape and sexual assault have been rising for decades. The latest government figures published in January of this year show that rapes have increased by 10% since 2016 and in the last ten years have increased by a massive 34%[4]. It is going to be an impossible task for even the most skilled of spin doctors to put a spin on that, and of late ever fewer of them are trying to.

This could well be the year in which Sweden’s humanitarian superpower charade completely and finally collapses. After decades of lies and outright denial the gulf between what politicians and the media have been saying and what ordinary people are experiencing has become so great that public confidence in them is dropping alarmingly.[5] This has spurred some of them to take a more reality based-position. The last year has seen increasing numbers of Swedish politicians and journalists start to wake up to what mass immigration and multiculturalism have done to their country. The beginnings of a realistic discourse can be detected amongst political and media elites, although this is likely just a matter of their own political and financial survival rather than honesty and integrity. After all, why did they remain silent for so many years while the problems were growing? As an old Swedish saying goes: a “conversion under the gallows.”

Still, some of them are now trying to be truthful and the enthusiasm with which some politicians and sections of the press called out Interior Minister Ylva Johansson over her dishonesty on BBC TV news is symptomatic of the new climate slowly entering Swedish public discourse. Just a few years ago press and politicians would have lined up solidly in support of her, and the spin doctors of Swedish media would have worked overtime to prove everything is just fine in the superpower and the figures don’t say what they obviously do.

The election in September of this year is going to be the most important in the country’s history, and the grim truth about the immigration-driven degeneration of Swedish society will be a central issue. Politicians can no longer credibly deny what is now becoming glaringly obvious if they want to be elected and will either have to publicly recant their years of denial or brazenly change tack and hope no-one notices. The latter strategy is the one being adopted by the leader of the Social Democrat party and Prime Minister Stefan Löfven.

Throughout his political career, Stefan Löfven has been extolling the virtues of mass immigration and multiculturalism. Immigrants and asylum seekers were a making a great contribution to Sweden’s economic well-being and would secure the country’s future was Mr. Löfven’s enthusiastic message to all who would listen. At the height of the immigration crisis of 2015 he was the main speaker at a big “Refugees Welcome” rally in Stockholm. “My Europe builds no walls,” thundered the Prime Minister to an ecstatic crowd.[6]

Now that colder winds have started to blow, Stefan Löfven has a different message. Incredibly and without blinking an eye he is using rhetoric the left have always condemned as racist scare-mongering. According to the Prime Minister, who just over two years ago stood up in central Stockholm and proclaimed “Refugees Welcome”, foreigners are now coming to steal Swedish jobs. Politicians in other political parties have accused Mr. Löfven of stealing the nationalist Sweden Democrats’ party platform[7], but all the major political parties are to some degree copying policies that were once the sole domain of the Sweden Democrats in a cynical scramble for their own survival.

In the long run it won’t matter.

Sweden might be on the threshold of a political seismic shift, but unfortunately for the Swedes, even if they do face up to what they have done to their country it is too late. Far too much damage has already been done.

39 thoughts on “Sweden: The Sleeper Awakes?”