The following declaration on the principle of secular government, “L’appel des 100 intellectuels contre “le séparatisme islamiste”, originally appeared in Le Figaro on March 19. It was signed by a hundred French intellectuals, including Ibn Warraq, who kindly sent the introduction that is posted below.

The declaration was translated into English and published at the Clarion Project. Since then it has been reposted at the New English Review and Jihad Watch. 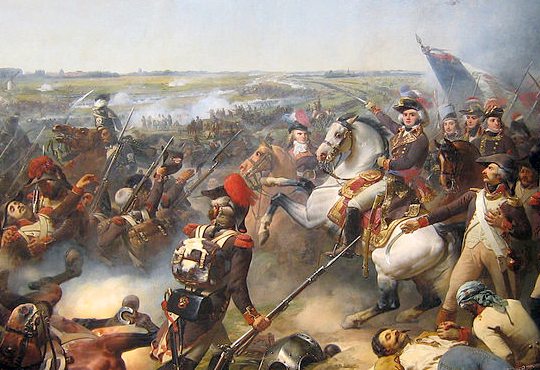 Although the original declaration was the initiative of Stephane Breton, an associate professor at École des Hautes Études en Sciences Sociales [EHESS] and a documentary film-maker, so many amendments, corrections, and additions were suggested during many collective discussions by many others who eventually signed the declaration, that one must see it as a truly collective effort— a joint initiative.

The most important idea behind the text is “Republicanism”, the fact that it is signed by Republicans, whether of the left or right. Although these intellectuals have signed a joint declaration, this does not mean that they all agree on everything, but they are all, nonetheless, totally committed to the defence of the Republic, a term with a far greater resonance and significance in France than in the Anglo-Saxon world. For the French, the Republic is a civic space in which divergent political opinions can coexist.

These intellectuals of all persuasions are very conscious of the history of the long, violent wars of religion that tore France apart; they do not wish to witness such terrible religious conflicts again. That is the historical reason that gives the term “secularism” [laïcité] in France a particular nuance and importance that is hard sometimes for the non-French to grasp. The three principles of the neutrality of the state, the freedom of religious exercise, and public powers related to the church are enshrined in the 1905 French law on the Separation of the Churches and State. The Republic does not recognize, pay, or subsidize any religious sect. Accordingly, from 1 January, 1906 following the enactment of this law, all expenses related to the exercise of religion were removed from state budgets, departments and municipalities.

Some of the signatories have personal experience of the pernicious effects of the new laws designed to protect the tender sensibilities of Muslims, and only Muslims. For example, the award-winning historian Georges Bensoussan was acquitted in March 2017 of charges of incitement against Muslims; he had quoted an Algerian scholar and said, “in French Arab families, babies suckle anti-Semitism with their mother’s milk.”

Another signatory, Mohamed Louizi, is being taken to court for defamation for having implied that the recently elected French President Emmanuel Macron had been a hostage to the Islamist vote. Louizi has an intimate knowledge of Islamists, since he’s former member of the Muslim Brotherhood.

Several others among the signees are also ex-Muslims such as Walid al-Husseini, Boualem Sansal, and myself, Ibn Warraq. They, too, have first-hand knowledge of the ideologies of the Islamists. All value the freedom of and from religion which includes the right to leave or change one’s religion, or not to have any religion. The presence of women such as Fatiha Boudjahlat and Fawzia Zouari underlines the need to defend the freedom of women to live their lives without interference from Islamic fundamentalists. Many are distinguished philosophers (Alain Finkielkraut, Luc Ferry, Renée Fregosi, Vincent Descombres, Rémi Brague, Philippe de Lara, Jean-Pierre Le Goff, Damien le Guay, and Yves-Charles Zarka), others are historians, essayists (Pascal Bruckner), and professors. Some have served as ministers or advisors in past governments, such Bernard Kouchner, Luc Ferry, and Patrice Champion. All are dedicated to secularism, and the firm separation of state and religion, and all, of course, value free discussions of all and any ideas, wherever they may lead.

Their fears are founded on real facts, not irrational fears of foreigners. The well-known Islamologist Gilles Kepel has remarked upon the inexorable rise of Islamist propaganda and proselytism in universities, promoting the ideas of the Salafists and the Muslim Brotherhood. Thankfully, the French authorities have recently shut down twenty mosques and prayer halls they found to be preaching radical Islamic ideology — that is, preaching hatred of non-Muslims, and advocating jihad.

The suburbs are rife with Islamic militants proselytizing among the young, imposing sharia on all, especially women, segregating swimming pools, demanding halal food, and so on. Incidents of anti-Semitism in France have risen dramatically, almost all of it coming from Muslims. But if I were to say so in France, I might well be prosecuted for “Islamophobia”.

A group of 100 diverse French intellectuals denounced Islamist totalitarianism in the newspaper Le Figaro on March 19, 2018. The following is a translation of their statement made by Clarion contributor Leslie Shaw:

We are citizens of differing and often diametrically opposed views, who have found agreement in expressing our concern in the face of the rise of Islamism. We are united not by our affinities, but by the feeling of danger that threatens freedom in general and not just freedom of thought.

That which unites us today is more fundamental than that which will undoubtedly separate us tomorrow.

Islamist totalitarianism seeks to gain ground by every means possible and to represent itself as a victim of intolerance. This strategy was demonstrated some weeks ago when the SUD Education 93 teachers’ union proposed a training course that included workshops on state racism from which white people were barred.

Several of the facilitators were members or sympathizers of the CCIF (French Collective Against Islamophobia) or the Natives of the Republic party. Such examples have proliferated recently. We have thus learned that the best way to combat racism is to separate races. If this idea shocks us, it is because we are Republicans.

We also hear it said that because religions in France are trampled on by an institutionalized secularism, everything that is in a minority — in other words, Islam — must be accorded a special place so that it can cease to be humiliated.

What these proclamations have in common is the idea that the only way to defend the “dominated” (the term is that of SUD Education 93) is to set them apart and grant them privileges.

Not so long ago, apartheid reigned in South Africa. Based on the segregation of blacks, it sought to exonerate itself by creating bantustans (territories set aside for black South Africans) where blacks were granted false autonomy. Fortunately this system no longer exists.

Today, a new kind of apartheid is emerging in France, a segregation in reverse thanks to which the “dominated” seek to retain their dignity by sheltering themselves from the “dominators.”

Does Islamism also seek to segregate French Muslims, whether believers or otherwise, who accept democracy and are willing to live with others? Who will decide for women who refuse to be locked away? As for others, who seemingly do not deserve to be protected, will they be held under lock and key in the camp of the “dominators”?

All of this runs counter to what has been done in France to guarantee civil peace. For centuries, the unity of the nation has been grounded in a detachment with respect to particularities that can be a source of conflict. What is known as Republican universalism does not consist in denying the existence of gender, race or religion but in defining civic space independently of them so that nobody feels excluded. How can one not see that secularism protects minority religions?

Jeopardizing secularism exposes us to a return to the wars of religion.

What purpose can this new sectarianism serve? Must it only allow the self-styled “dominated” to safeguard their purity by living amongst themselves? Is not its overall objective to assert secession from national unity, laws and mores? Is it not the expression of a real hatred towards our country and democracy?

For people to live according to the laws of their community or caste, in contempt of the laws of others, for people to be judged only by their own, is contrary to the spirit of the Republic. The French Republic was founded on the refusal to accept that private rights can be applied to specific categories of the population, and on the abolition of privilege.

On the contrary, the Republic guarantees that the same law applies to each one of us. This is simply called justice.

This new separatism is advancing under concealment. It seeks to appear benign, but is in reality a weapon of political and cultural conquest in the service of Islamism.

Islamism wants to set itself apart because it rejects others, including those Muslims who do not subscribe to its tenets. Islamism abhors democratic sovereignty, to which it refuses any kind of legitimacy. Islamism feels humiliated when it is not in a position of dominance.

Leslie Shaw is an associate professor at the Paris campus of ESCP Europe Business School and president of FIRM (Forum on Islamic Radicalism and Management).

50 thoughts on “Declaration by French Intellectuals: “We want to live in a world where no religion lays down the law””