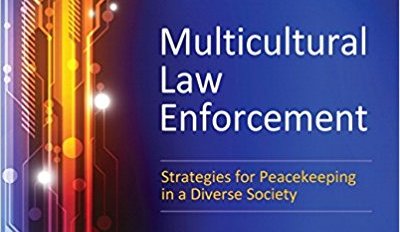 Many thanks to JLH for translating this article from the Preußische Allgemeine Zeitung:

How an author is caught up in the brambles, how we seek out our provocateurs and why the Antifa was silent.

The Week in Review
by Hans Heckel

The American writer Laura Moriarty is going through hard times. She actually wrote the novel American Heart to chastise the racism and hard-heartedness of the white majority population toward minorities, and to call for improvement.

The plot: In a somber future, US Muslims must live in camps. The fifteen-year-old narrator, Sarah, is not bothered by this, because she finds it basically right. When an ethnic Iranian girl named Sadaf, who has fled the camp, crosses her path, she intends to report her to the authorities immediately.

But then there is a miraculous transformation. Sadaf turns stupid Sarah into a critical thinker and the two manage to reach Canada. The habitual racist Sarah becomes the savior of a persecuted person. Everything is good, and the readers participate in Sarah’s learning experience.

Kirkus Review, a magazine for discussion of books, was charmed and gave Moriarty’s book a star, which is considered a great distinction. Everyone was happy.

But not for long. Culturally sensitive observers, in their outrage, attacked the book, the author and the magazine. Portraying a white girl as a savior who stands by a Muslim girl — that’s racism. Kirkus Review reacted as courageous publishers do in these times, when “civil courage” wells up everywhere. Cowed, they pulled the positive review and took away the book’s star.

Moriarty is deeply affected. Should she perhaps have reversed the roles? Muslim female saves fleeing non-Muslim from the misery of the camp.

Oh for heaven’s sake! She would have fared no better. First, the non-Muslim author would have presumed to know what a Muslim girl thinks and feels. That is called (cultural) “appropriation.” And that, according to the latest anti-racism rules, is a very serious infraction of acceptable customs. Second, non-Muslims would be the victims and Muslims the perpetrators who put non-believers into camps. Such a thing cannot be allowed, even in a fantasy novel, and no, we do not want to talk about the fate of the Yazidis in the Sinjar Mountains or the cry “Jews to the gas” raised by radical Muslims three years ago in a certain West German metropolis.

Laura Moriarty has recognized the hopelessness of her situation. The message of the critics is that, basically, she is not allowed to write this story.

So, girl, write other stuff! Specifically, pure “white” stories with nothing but Western players for a white public, period.

That should work, right? Ha! But now we hear the thundering rebuke: Authors who, mostly unintentionally, arrange it so that “minorities” don’t appear in their stories are palming off their hidden racism on you.

Better just not to write anything anymore? That would be the tidiest solution.

The victory of anti-racism is evident in the leaden stillness, penetrated only by fearfully contorted pseudo-intellectual babble. Many people — especially younger ones — are less afraid of speaking total nonsense than of unwittingly stumbling upon some politically incorrect formulation.

To avoid that, it is necessary to choose carefully, not only your words, but also the object of your criticism. After a sleazy film producer has been denounced for molesting women in the USA, we read in Germany too, of female celebrities whom men are said to have approached inappropriately, often years ago. A retroactive wave of outrage is sweeping across the land. Only now and then is it interrupted by casual reports of women in parks or on the streets, who are harassed, beaten up (to the point of being hospitalized) or raped, by men or even whole hordes of men. Police in Leipzig are recommending that women no longer jog alone, following the particularly brutal rape of a woman over 50 years old, in broad daylight.

But that doesn’t really interest us very much. We get excited about the way a retired diplomat greeted SPD politician Sawsan Chebli. Or that — as recently revealed — in 1983, a ZDF producer laid his hand on the knee of announcer Birgit Schrowange and stroked her neck. Or so she says. And we say we believe that. The Schrowange story, at least, is disgusting. But somehow the enormous attention we pay such incidents is surprising, when simultaneous reports of bestial rapes only cause national uproar if the woman in question nearly dies.

Isn’t our perception a bit askew? Of course, we know why. The knee groper was a German, while the monsters in the parks are described almost exclusively as “southern”-looking types or “black Africans.” Occasionally, the perpetrators — like the Nigerian recently in Munich — turn out when arrested to also be rejected asylum seekers, who should not even be in the country.

Let’s imagine for just a moment that the reverse is true. With gruesome regularity, some German man has beaten, humiliated or even murdered a woman from Africa or the Near East in the park. Then what would go on in the country? What would the compatriots and co-religionists of the victims have to say? Or the countless asylum supporters and anti-racism organizations?

In the Bavarian town of Waldkraiburg, 80 mostly Turkish or ethnically Turkish people demonstrated in front of the local facility for initial receipt of asylum seekers. The cause: A 37-year-old Turk had been in the park with his wife and two daughters and encountered asylum seekers from the facility. A black man had hit on his 14-year-old daughter. When he tried to protect his family, a beer bottle was thrown at him and a stone at his daughter. The family fled to the nearby house of his mother-in-law. They had been followed by 30 to 40 black men.

Thereupon the man called for a demonstration via Facebook, demanding “that something be done about violence by asylum seekers.” The local paper reported that someone else had said that people had had enough of provocative looks, vulgar behavior and noise harassment from the asylum seekers, and no longer felt safe.

Strange… If indigenous Germans (best of all, Saxons!) had demonstrated like this, the reports would have gone out all over the country: “Racist mob intimidates refugees after incident” or something like that. Nothing of the sort this time.

And something else was missing. Where was Antifa and their initiative, “Waldkraiburg is diverse”? Just days before, they had called for a great day of action against the “big brown cesspool.” Not a word about that. Well, maybe they couldn’t think of a twist to put on it to make “German perpetrators” responsible for the whole mess. As soon as they have, we’ll hear from them.

14 thoughts on “Following the Multicultural Rules”