Yesterday we posted a report by H. Numan on last weekend’s violent attacks against gay couples in two Dutch cities. One of the features of the piece was a photo of Alexander Pechtold, the leader of the D66 party, and his sidekick Wouter Koolmees walking hand-in-hand on a well-guarded street next to the parliament buildings in The Hague. The two progressive politicians had staged their moment for press photographers and videographers. 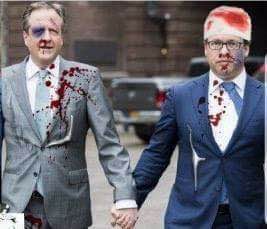 The first shows Pechtold and Koolmees after walking hand-in-hand through a Muslim area. 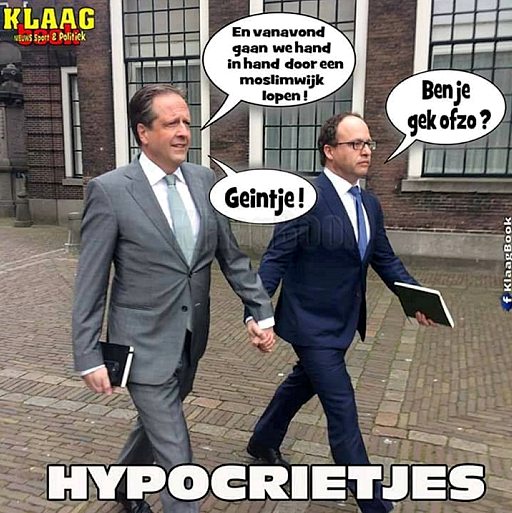 H. Numan’s translation of the text in the second image:

10 thoughts on “I Wanna Hold Your Hand”