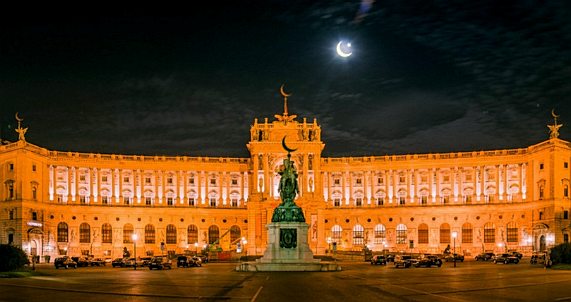 Wolfgang Fellner, the editor-in-chief of the Austrian daily Österreich, provoked outrage from Muslims and bien-pensants in Austria when he said in an opinion piece after the Brussels massacres that “it must be possible to discuss the prohibition of Islam.” (For additional German-language accounts, see Die Presse, Vienna Online, and Junge Freiheit.)

Many thanks to JLH for translating this open letter to Mr. Fellner from Christian Zeitz, which was published by Politically Incorrect:

Banning Islam: Are You Serious About That, Mr. Fellner?

by Christian Zeitz, Official in charge for Islam, Wiener Akademikerbund

After the devastating attacks in Brussels on Tuesday you set off a verbal bomb with considerable power and reach. Even considering the bitter situation in Europe, that is a courageous act, and I can add only my congratulations. At any rate, only recently my Islam-critical friends and I would have been hauled into court for hate speech for such a statement, and the media would have applauded enthusiastically if we had gotten some grief from that.

Isn’t it odd? Serious Islam-critical organizations (such as, for instance, the Wiener Akademikerbund, for which I have worked voluntarily in this area for a long time) have proven with painstaking exactitude, that

A close friend of mine was convicted for establishing this last point. For the dissemination of the other points, we were regularly reviled as being Islamophobic, extreme rightist populists, racists and Nazis.

Exactly a year ago I had the dubious pleasure, as a parliamentary expert, of working for weeks with the new Islam Act — its drafts and its development as a law. At that time, we warned and predicted that the execution of this law would protect and strengthen (political) Islam and undermine religious peace and the interests of the Austrian people.

All of our predictions have unfortunately proven true. The so-called “disclosure of the doctrine” presented by the IGGiÖ (Islamic Religious Community in Austria) is a nine-page mockery of vulnerable Austrians. The requisite translation of the Koran, of course, was not done. Both of them would have been indispensable for checking the legal conformity of the religious doctrine. And the “constitution of the IGGiÖ” continues to expand, strengthening the base of believers and pushing Islam’s influence into all aspects of Austrian life (army, universities, “halal” food, cemeteries, etc,). Both the doctrine and the constitution were accepted on the 27th of February of this year by the responsible ministry. But who is bothered by it?

The responsible minister — and in fact the entire political class — are interested in appeasement, cooperation and favorable business with Islam. We conduct dialogues, and chase after the phantom of “Euro-Islam”. Critics are annoying troublemakers. They could, indeed, question the shaping of the EU, which means to accelerate the superstate project by pushing the multicultural society (and thus Islam and mass migration).

The effects of programs that spread out across decentralized organized structures cannot be limited merely by legal prohibitions, Islam, Mr. Fellner, they can be banned as well or as poorly as a computer virus. That does not mean that there would be no applicable instruments of de-Islamization and protection of the vulnerable public. And it is high time to attempt both, for the attacks of Brussels are only a modest foretaste of what awaits us.

So, are you serious abut your demands?

21 thoughts on “Can a Ban on Islam be Discussed in Austria?”