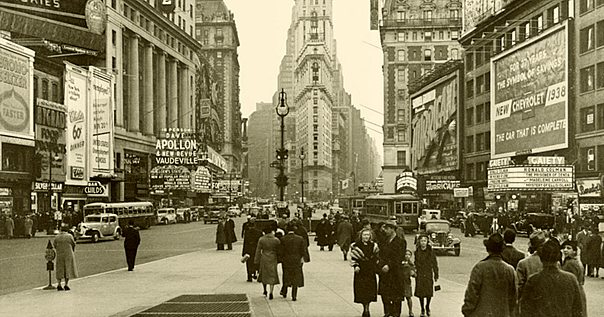 Today is the final day of our quarterly fundraising drive. All this past week Dymphna and I have been writing — at least loosely — on the theme of “Third Rails”: the topics we are not allowed to mention in public discourse.

No one has received a greater shock from a Third Rail and survived than Geert Wilders, as was discussed here last night. Compared with Mr. Wilders’ ordeal, the tribulations Dymphna and I have suffered are trivial. And his circumstances are likely to get much worse, given that the public prosecutor is investigating him, and may well file new criminal charges.

One of the things that stood out in the interview with Geert Wilders was the lack of privacy that he has had to live with for the past ten years. Between the constant glare of publicity and the necessity for round-the-clock protection by bodyguards, Mr. Wilders doesn’t have a private life as most people understand it. Most heads of state enjoy more privacy than he is allowed.

We’re fortunate not to have to live like that. However, after Anders Behring Breivik committed his massacre back in the summer of 2011, we were subjected to the glare of publicity for a few months. That was our fifteen minutes in the spotlight, and I’m glad they’re over with. During those evil days we had seven or eight times as many visitors as usual, and it wasn’t the kind of traffic we ever wanted to see.

I was inadvertently reminded of all that when I read an op-ed written by Stephen Glover for The Daily Mail a couple of days ago:

Wind the clock back, and there are historical parallels to be found at the siege of Vienna in 1683. Then, Islamic forces were on the verge of overrunning Christian Europe, with rampaging Ottoman troops standing on the banks of the Danube. In the end, the Poles came to the aid of the Austrians, and Vienna was saved.

More than three centuries later, a new Islamist threat — crueller and infinitely more nihilistic than the Ottomans — stands at the gates of Europe. The psychopaths of Islamic State are besieging Kobani on the Turkish-Syrian border. Almost everyone expects the town to fall.

Although most of Turkey is in Asia, about ten per cent of its population lives in the part of the country that lies in Europe. No one is suggesting that IS would dare to invade Turkey — at least, not yet. My point is only that the killing machine is much closer to home than most people think.

And whereas an effective alliance was eventually fashioned out of squabbling nations to defend Europe against the Ottomans, there seems no prospect of assembling a coalition to drive back IS in Syria and Northern Iraq. The Western powers are ineffectual, Turkey stands aside, and Middle-Eastern nations are hopelessly divided. [emphasis added]

Note the phrase “overrunning Christian Europe”, which is not all that common. In fact, it’s almost proprietary to Gates of Vienna — I coined it myself ten years ago for the first post on this blog: “At the siege of Vienna in 1683 Islam seemed poised to overrun Christian Europe. We are in a new phase of a very old war.”

Just out of curiosity I googled “overrun Christian Europe” (including the quote marks) to see what turned up. Sure enough, the first three or four pages of results were all from Gates of Vienna, or references to GoV. So I think we can safely say this Glover fellow picked at least some of his ideas up from us.

While doing that googling, I found an interesting article from CNN that I hadn’t seen before, dated July 27, 2011 and entitled “Suspect admired bloggers who believe Europe is drowning in Muslims”:

The blogs and websites Breivik enthused about were pro-American and pro-Israel, extremely hostile to Islam and despairing that the European political elite would ever see the error of its liberal multicultural outlook.

One such site is Gates of Vienna, whose banner reads: “At the siege of Vienna in 1683 Islam seemed poised to overrun Christian Europe. We are in a new phase of a very old war.”

Breivik’s digital footprint Breivik regularly applauded a writer who goes by the name of Fjordman on the site, one of whose contributions, from 2007, reads: “When the Swedish welfare state collapses, the immigrants who lose their payments will have to go somewhere. Denmark will probably be fairly successful at keeping them out. A lot of them will migrate to Norway, some will move to Germany and the Netherlands, and some will probably end up in Eastern Europe.”

The reason I hadn’t found it before was that it quoted us, but didn’t include a link. Reading it more than three years later brought back that ghastly time, the late summer of 2011. Fjordman was in hiding, comments on our blog had been closed, and journalists in Sweden, Norway, and Britain were contacting me, trying to persuade me to talk to them (I didn’t).

The situation has improved since then. Breivik has been tried and imprisoned, and Fjordman has written a book about the trial that will be published fairly soon. The New York Times, CNN, and British and Norwegian newspapers are no longer interested in Gates of Vienna.

And Anders Behring Breivik has repudiated the Counterjihad. He admitted in a letter sent to various press outlets that he never had any real interest in Fjordman or Jihad Watch or Gates of Vienna — it was all a ruse to deflect attention away from his real friends, the neo-Nazis.

Breivik’s purported affiliation with us was big news back in July 2011. But his recantation of that affiliation merited no mention at all in any major news outlet. They had their Narrative, and that’s what they were sticking to.

And that’s what I expected. After all, anything else would have brought them too close to the Third Rail.

On Saturday our generous donors hailed from:

Far Abroad: Denmark, the Netherlands, Sweden, and the UK

Thank you all for your willingness to donate to the Autumn Fundraiser of 2014. I’ll post the wrap-up sometime tomorrow.

6 thoughts on “In the Public Square”