Enza Ferreri follows up on her earlier post about the inflated claims of Islamic contributions to science, this time tackling the topic of Islam and mathematics, specifically algebra. 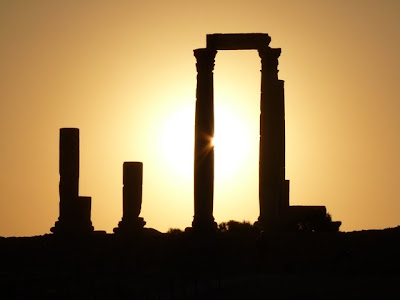 How Muslims Did Not Invent Algebra
by Enza Ferreri

Continuing on the theme of what Muslims did — or more likely did not do — for the world, there is a widespread misconception that they “invented algebra”. Maybe this fallacy is due to the fact that “algebra” is a word of Arabic origin, but historical questions are not solved by etymological answers.

Yes, the English word “algebra” derives from the Arabic. So does “sugar” (from the Arabic “sukkar”) but that doesn’t mean that Muslims invented sugar.

The word “algebra” stems from the Arabic word “al-jabr”, from the name of the treatise Book on Addition and Subtraction after the Method of the Indians written by the 9th-century Persian mathematician Muhammad ibn Musa al-Khwarizmi, who translated, formalized and commented on ancient Indian and Greek works.

It is even doubtful whether al-Khwarizmi was really a Muslim. The Wikipedia entry on him says:

Another epithet given to him by al-Ṭabarī, “al-Majūsī,” would seem to indicate that he was an adherent of the old Zoroastrian religion. This would still have been possible at that time for a man of Iranian origin, but the pious preface to al-Khwārizmī’s Algebra shows that he was an orthodox Muslim, so al-Ṭabarī’s epithet could mean no more than that his forebears, and perhaps he in his youth, had been Zoroastrians.

In all likelihood he was a Zoroastrian who was forced to convert (or die) by Muslim rulers because Persia had been conquered by the Islamic armies, and that was what Muslims did (and still do wherever they can). That could easily explain the “pious preface to al-Khwarizmi’s Algebra”.

In Renaissance Europe, he [al-Khwarizmi] was considered the original inventor of algebra, although it is now known that his work is based on older Indian or Greek sources.

There is archaeological evidence that the roots of algebra date back to the ancient Babylonians, and were then developed in Egypt and Greece. The Chinese and especially the Indians also advanced algebra and wrote important works on the subject.

The Alexandrian Greek mathematician Diophantus (3rd century AD), sometimes called “the father of algebra”, wrote a series of books, called Arithmetica, dealing with solving algebraic equations. Another Hellenistic mathematician who contributed to the progress of algebra was Hero of Alexandria, as did the Indian Brahmagupta in his book Brahmasphutasiddhanta.

With the Italian Leonardo Pisano (known as Leonardo Fibonacci, as he was the son of Bonacci) in the 13th century, another Italian mathematician, Girolamo Cardano, author in 1545 of the 40-chapter masterpiece Ars magna (“The great art”), and the late-16th-century French mathematician François Viète, we move from the prehistory of algebra to the beginning of the classical discipline of algebra.

Even Bertrand Russell, who in no way is a critic of the Islamic world, writes in the Second Volume of The History of Western Philosophy [pdf]:

Arabic philosophy is not important as original thought. Men like Avicenna and Averroes are essentially commentators. Speaking generally, the views of the more scientific philosophers come from Aristotle and the Neoplatonists in logic and metaphysics, from Galen in medicine, from Greek and Indian sources in mathematics and astronomy, and among mystics religious philosophy has also an admixture of old Persian beliefs. Writers in Arabic showed some originality in mathematics and in chemistry — in the latter case, as an incidental result of alchemical researches.

Mohammedan civilization in its great days was admirable in the arts and in many technical ways, but it showed no capacity for independent speculation in theoretical matters. Its importance, which must not be underrated, is as a transmitter. Between ancient and modern European civilization, the dark ages intervened. The Mohammedans and the Byzantines, while lacking the intellectual energy required for innovation, preserved the apparatus of civilization — education, books, and learned leisure. Both stimulated the West when it emerged from barbarism — the Mohammedans chiefly in the thirteenth century, the Byzantines chiefly in the fifteenth. In each case the stimulus produced new thought better than any produced by the transmitters — in the one case scholasticism, in the other the Renaissance (which however had other causes also).

You can see that to say that Muslims invented or pioneered algebra is a gross misrepresentation.

In conclusion, there have been various attempts at historical revisionism concerning Islamic contributions to the world. These attempts are more political propaganda than academic scholarship. After all, taqiyya, lying to the infidels to advance Allah’s cause, is permitted, and even prescribed, to Muslims. Jihad does not consist only of violent aggression or terror attacks: it can be gradual, by stealth, through indoctrination and false reassurance.

Enza Ferreri is an Italian-born London writer and the Press Officer for Liberty GB. She blogs at www.enzaferreri.blogspot.co.uk.

44 thoughts on “How Muslims Did Not Invent Algebra”