One of the general characteristics of Western feminism is its preoccupation with rape. Accusations of rape, the insistence that men are predisposed towards rape, etc. Yet when culture-enrichers are the ones doing the raping, feminists look away. When it’s not a white European man doing the raping, they don’t want to know about it.

The following report documents the rape and violence against women perpetrated by culture-enrichers in Sweden. For many Swedish feminists, the issue of racism seems to trump any concern about rapes committed by third-world immigrants. Any frank discussion of migrant rapes risks accusations of hets mot folkgrupp — incitement against a group of people. 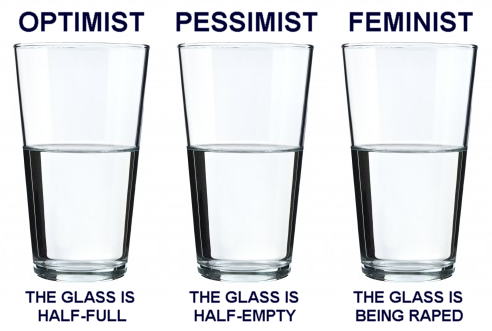 Many thanks to LN for translating this material. The first brief excerpt is a flashback to a notable honor-killing in 1998:

Prelude: The murder that shook Sweden: Here Fadime predicts her own death

When Fadime Sahindal appeared on Nyhetsmorgon in 1998, it was just over a week after her boyfriend was killed in a car accident. She had chosen to live with him instead of an arranged marriage to a cousin.

Fadime came to Sweden and Uppsala when she was seven years old. Her family came from the Kurdish part of Turkey and they refused to accept that Fadime wanted to live a free and independent life.

She was not the first person to be subjected to honour-based violence in Sweden, but no one else had come forward to speak openly about the oppression and what it meant.

She appeared in the media and was even invited to the Riksdag.

Two months after her speech in Parliament, Fadime was murdered by her own father, an outcome that Fadime herself predicted when she appeared on Nyhetsmorgon.

The second article is from the Swedish blog Invandring och mörkläggning. The translator’s comments are in square brackets:

In the public debate surrounding the murder of Fadime in 2002, two camps emerged. One seized on the concept of honour killing, arguing that Sweden and Swedes were now shockingly aware that foreign cultures were not just different food, music and similarly enriching cultural expressions. It was also about completely different ways of thinking and living.

ROKS (the National Organisation for Women’s Shelters and Girls’ Centres in Sweden) had a different interpretation. In a press release, they claimed that honour had nothing to do with this or other similar murders. It was not about immigrants. It was about the patriarchal culture that dominates all societies, including that of Swedish. Gudrun Schyman, then leader of the Left Party, also used the murder as an argument in the feminist struggle. Author Liza Marklund added to this in Aftonbladet. For her, the murder was related to the basic structures that were the same in Swedish and Kurdish society, and honour killings were a small and peripheral issue. In Aftonbladet, four feminist researchers wrote an article in which they called the honour killing perspective “cultural racism”.

In the summer of 2012, Carina Ohlsson and Olga Persson from Kvinno- och Tjejjourers Riksförbund (SKR) proposed a media blackout in Aftonbladet under the headline “Let’s avoid headlines about summer rapes”. They objected to the fact that Expressen and P4 on Swedish radio had drawn attention to “summer rapes” as a growing problem, but did not say a word about their being crimes where certain immigrant categories were clearly discernible. They preferred to discuss men in general.

The fact that misinformed young girls are raped is obviously a reasonable price to pay for Ohlsson and Persson & Co to flirt with their tolerance and anti-racism. A number of Swedish girls are raped every year in our country because journalists like Ohlsson and Persson have lied to them. They believed in the corrected cultural relativistic illusion they have been fed.

One would think that the dogmatic feminists would have crawled to the cross and apologised for their mistakes. For some this is certainly true, but there are still many feminists who think it is more important to cover up the criminality of immigrants than to draw attention to the problems. Rape is particularly sensitive.

Prior to the 2018 elections, the feminist, author and journalist Anna-Lena Lodenius released a report entitled “Anti-Feminists”, subtitled “The Sweden Democrats and Gender Equality”. In the section “Women must be protected from immigrants”, she writes that there is no evidence that immigrants are over-represented when it comes to sexual violence and rape. She says nothing about immigrants and crime as a whole, and the wording of the short section smacks of distaste. Immigrants and sexual violence is an issue she does not want investigated at all. That would be to give the racists a free ride. She concludes the section with the following words: “But to claim that the problems can be reduced to immigrants, and in particular Muslims, is dishonest and untrue.”

Certainly no one wants to reduce the issue to immigrants alone. What is being requested is ordinary straightforward and reported statistics. SCB or the Crime Prevention Council could compile such statistics in a few hours. The data are available in the form of police reports and convictions. How are different immigrant groups represented? But just as much as Anna-Lena Lodenius, this is not a question our authorities want answered. Brå [National Council for Crime Prevention] does not publish regular statistics on differences in the incidence of crimes committed by people born in Sweden versus people born abroad.

In the study published by Brå the other year entitled “Suspected crimes among persons with a domestic and foreign background”, sexual offences are in fact also reported. Sexual offences are 2.7 times more common for people born abroad than for people born in Sweden with two parents born in Sweden. For rape, the figure is higher, 2.9. For native-born people with two foreign-born parents, the figures are 1.8 and 1.7 respectively. This is a long-awaited survey, since the previous one was conducted before the turn of the millennium and reported in 2005. It could be said that the new survey arrived under the radar and never triggered any particular media discussion about the over-representation of immigrants.

The cover-up is of course very upsetting, with the addition that when it comes to Swedish feminists, the taboo is downright peculiar. Why do they accept the silence? They should demand to know. Instead, they generalise and claim that sexual violence is something all men engage in. Women’s peace should be paramount, especially since this isn’t about loose assumptions and innuendo at all, but rather something that is measurable.

In a previous post, I referenced a review by a private citizen, P. Jonasson, of all convictions for sexual offenses from 2012-17.

[Here begins the most interesting part.]

The interesting thing is that it was available when Anna-Lena Lodenius wrote her report. Although it was hidden in the mainstream media, it attracted a lot of attention in social media. In addition, the then-leader of the Sweden Democrats group in the Riksdag, Mattias Karlsson, knew about the study. At the party’s national conference in Norrköping in November 2017, he singled out Stefan Löfven in particular as responsible for immigrants thanking us for our hospitality “by raping our daughters”. It was therefore hardly a difficult-to-access piece of knowledge. Here is a summary of the report:

There is also an earlier study by the well-known law professor Hans Klette that points in the same direction. In Dagens Nyheter on 2 June 1997, he reported on the 24 men convicted of gang rape between 1989 and 1991. 21 of these were foreign nationals. It is not clear from the report whether the other three were of Swedish or foreign origin.

Another study that Anna-Lena Lodenius might have noticed is the review that Expressen made of gang rape convictions in 2016 and 2017.

It was published in March of 2018. A total of 43 men were convicted. On average, they were 21 years old when they committed the crimes A third of them had previously been convicted of crimes in Sweden, and 37 of them were born abroad. Overall, 40 of the 43 convicted offenders were either foreign-born or born in Sweden to two immigrant parents. Expressen not only reported the statistics but also gave some case descriptions. Here is one of them:

On a Thursday in June 2015, two women in their twenties had left a party in Malmberget in Gällivare municipality when a stranger invited them to continue the evening with him and his friend Adam Al-Zawatia. Later in the evening, when only one of the women is left in the apartment, Adam Al-Zawatia forces her to perform oral sex on him. She is scared and cries. He hits her several times across the nose so that she starts bleeding. The other man enters the room and joins the act. When it’s all over, the woman runs home to her friend, banging hysterically on her balcony door, her face bloodied and tears streaming from her eyes.

In the district court, the men claim that everything happened voluntarily. They are acquitted. The verdict is appealed and the Court of Appeal rules that the two men “had sexual intercourse with the plaintiff against her will”. Despite this, the other man is acquitted. It may be that he believed that everything happened voluntarily. For Adam Al-Zawatia, there are no such circumstances. The Court of Appeal sentences him to four years’ imprisonment and deportation for aggravated rape. By then he had already disappeared and has since escaped Swedish justice.

In August of 2018, SVT’s Uppdrag Granskning conducted a survey of all those convicted of rape and attempted rape in the past five years. This involved 843 perpetrators. 58 percent of them were born abroad. If you restrict yourself to completed assault rapes — where the victim and perpetrator do not know each other — the figure is even higher. More than eight out of ten convicted offenders were born in another country. 40% of these had been in Sweden for one year or less. The survey also showed that over half of convicted offenders were born outside Europe — 427 out of 843. Almost 40% were born in the Middle East or Africa. In the case of assault rapes, 97 out of 129 were born outside Europe.

One of the cases in the survey was the high-profile double rape in Strängnäs in 2015. Sofia Näslund was raped twice in one evening, by different perpetrators. One of the perpetrators was an Algerian national and was sentenced to two and a half years in prison for rape. The other, a Syrian national, was sentenced to five years in prison for aggravated rape. Both were to be deported after serving their sentences. Despite DNA evidence, they denied committing the crime.

Swedish feminists, here is a much more worthy subject than fighting the Swedish man. Never mind ideology, never mind whether this is a right-wing or a left-wing issue. It is not a women’s issue either. It is an immigration issue. Do something, do something now!

8 thoughts on “Feminism and Rape”