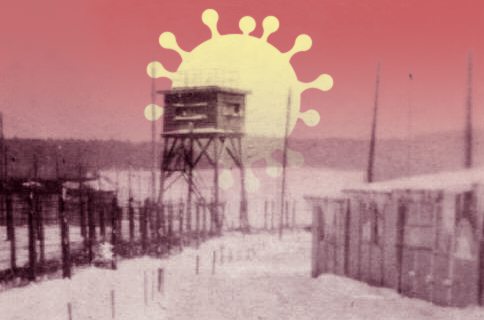 With the new left-wing government installed in Germany, strict measures against the “vaccine hesitant” are to be expected. If Gregor Gysi — a member of the Bundestag for Die Linke (The Left) — has his way, anyone who refuses the vaccine and doesn’t pay the fine should be sent to prison.

Many thanks to Hellequin GB for translating this article from PolitikStube. The translator includes this background on the illustrious Me. Gysi:

Just a little Wikipedia background on our F(r)iend Gregor here: “Gregor Florian Gysi is a German attorney, president of the Party of the European Left and a prominent politician of Die Linke political party. He belonged to the reformist wing of the governing Socialist Unity Party of Germany at the time of the pro-democracy transition inspired by then Soviet leader Mikhail Gorbachev.” He thus clearly shows what kind of spirit child he has always been. It was not for nothing that there were repeated rumors of Stasi activities. He also took home — so conveniently — the DDR’s assets.

According to the left-wing member of the Bundestag Gregor Gysi, “imprisonment threats” if a vaccination requirement is introduced. That is the consequence should a fine be imposed for violations of the vaccination obligation “and the money cannot be collected,” says the lawyer at “19 — the chief round-up”. But he himself advocates creating incentives for a vaccination, for example €50, which would also be paid retrospectively. “I prefer bonuses to Mali(?),” says Gysi.

The left-wing politician recognizes a new quality in the protests against the Corona measures: the demonstrators did not fight for one cause, “they are opposing the state itself” — a “real problem”, warns Gysi. Because the protests are often organized via social media channels such as Telegram, and forged vaccination cards are also offered there, he advocates stricter regulation: “The legal framework must be adapted.”

5 thoughts on “Send the Vax Refuseniks to the Gulag!”