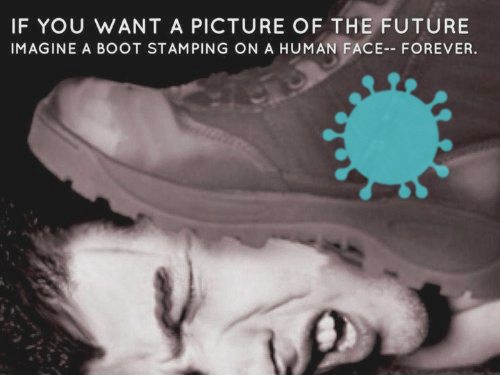 Many thanks to László and Hellequin GB for translating this article from the Swiss daily Blick.

The bold comments in square brackets were inserted by Hellequin GB:

Austria is looking for people to check on vaccination refusers

Anyone who refuses to be vaccinated in Austria from February 2022 will have to reckon with a fine. To ensure that the fines are paid, (special) employees are taking care of it. That’s why the country is now looking for inspectors.

Starting in February, Austria means to get serious: Anyone over the age of 14 will have to be vaccinated against Corona. This was announced by the Austrian government last week.

This could create new jobs, as the example of Linz shows. The city has a population of just over 200,000 and is the capital of the state of Upper Austria, and has the lowest vaccination rate in the country. According to E-vaccine passport data, only 63 percent of residents have been vaccinated twice.

Going after the unvaccinated

Linz now wants to hire people to monitor vaccination refusers, as Heute reports. They are to check whether those who refuse to be vaccinated are actually paying the fines. Because those who do not get vaccinated will be asked to pay. Up to €3600 euro; converted, well, around 3740 Swiss francs.

The vaccination controllers receive a salary of at least €2774, the equivalent of about 2880 francs. The salary is paid 14 times a year. [NICE — more than Judas got for his trouble.]

Ösi [Austrian] with Matura and 2G

The job includes, among other things, the issuing of fines as well as the processing of appeals. In the job profile, a completed Matura [high school diploma] is required. [Not surprised — only completely academented need apply.] In addition, the hunters should be resilient and willing to work. [What do they mean by “resilient”? Without a heart or conscience, perhaps?] Specifically: willing to work more overtime! [Sounds to me that they’ll be going at it Gestapo-style.]

For the job only Austrian citizens will be employed. And of course the applicants must be either vaccinated or recovered. [Recovered from what? Humanity, decency, morals or empathy?]

Even if in Austria the unvaccinated get it in the neck — the general Corona situation in the country seems to be relaxing, at least momentarily. On Monday, just under 1,800 new cases were reported within 24 hours. The lowest value for two months. Probably the result of the three-week lockdown that ended on December 12.

15 thoughts on “Austria is Recruiting for the Corona Stasi”