As I mentioned last week, a four-day nationwide strike against the vax mandates begins today.

The resignations and sick-outs as a result of the mandates have already had a significant effect, especially in the airline industry and the emergency services. If the Powers That Be continue with their totalitarian experiment, they may eventually face a general breakdown of civil society.

These actions can only have a meaningful effect if everyone walks out at the same time, so it’s important to get the word out between now and Thursday. Since the MSM won’t cover it, I advise spreading the information through samizdat channels: 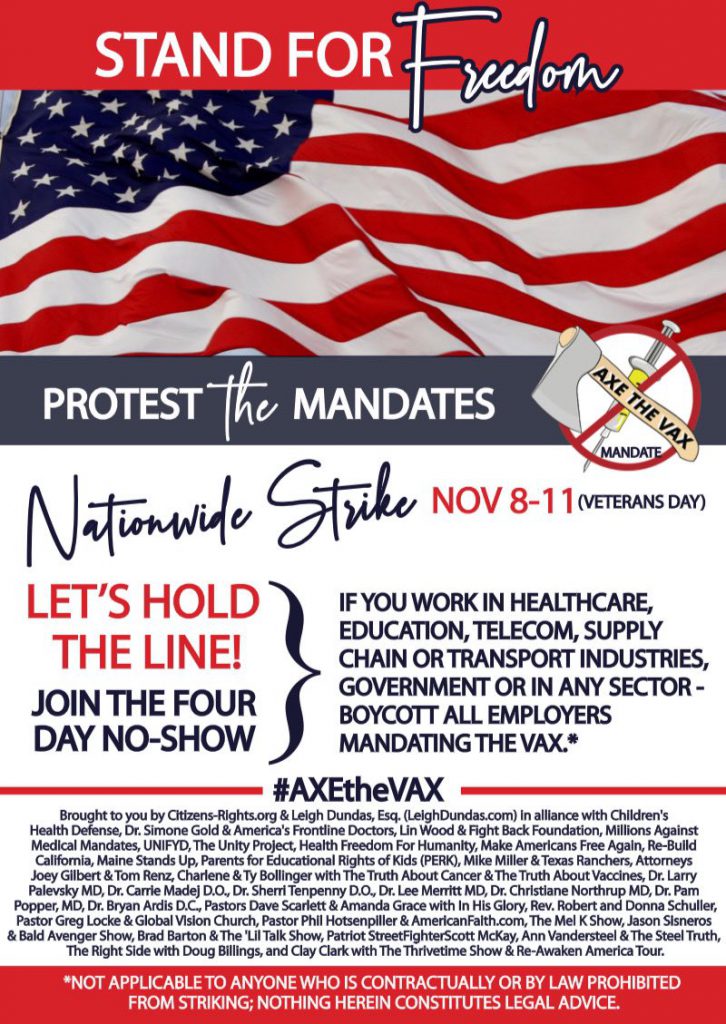 2 thoughts on “A Reminder: Axe the Vax”