It seems that just about every more-or-less secular Afghani has stood up, raised his hand, and said, “I, too, was an interpreter for the Bundeswehr!”

At least that’s the way it looks as the Afghan “refugees” pour into Germany, aided and encouraged by various factions of the German government.

An Afghan unpacks: Good contacts brought me to Germany

In Brandenburg it turned out that more than half of the evacuated Afghans were not German local workers. The reception centers were bathed in the sloppy politics of Berlin. At the same time, unbelievable stories came to light and were silently swept under the carpet

Brandenburg remains a target country in several ways. Not only do hundreds of irregular migrants arrive at the Polish border every day, the Berlin-Brandenburg airport also regularly brings more “visitors” into the country, also from safe transit and countries of origin such as Turkey or Greece. Everyone is currently backing up in the Brandenburg asylum system, whose employees are unlikely to have any breathing space.

In addition, as early as August some of the “local staff” from Afghanistan and their relatives, who had initially landed in Frankfurt am Main, were distributed to the federal states by buses. All in all, 266 Afghans came to Brandenburg this way. Now it turns out that only 25 of them had actually been local government employees in Afghanistan. That was the result of the examination by the Brandenburg immigration authorities. A total of 91 relatives had entered the country. This in turn means that more than half of those flown in were neither local workers nor some of their family members — even though the federal government has expanded its definition of local workers more and more in recent weeks. The term ‘local force’, which has now become politically contaminated, has been obscured more and more in the past few weeks, filled with new content, and meaningless.

Residue-free removal of one’s own work

However, not all ministries are so strict about evacuation. It was the Foreign Office under Heiko Maas that expanded the term local staff to include “people from the fields of science, politics, judiciary, NGOs, culture and the media” and thus completely devalued it. If it’s up to the Foreign Office and the accommodating Ministry of the Interior, tens of thousands of Afghans now have a right to humanitarian protection in Germany. In the end, this endless expansion serves only one goal: the most complete possible relocation of the new Afghan intelligentsia to Germany. But what have you been committed to for twenty years, only to remove the results of your own work today with practically no residue? Shouldn’t one rather advertise that parts of the former “civil society” keep their place under the Taliban and thus ensure a somewhat pluralistic Afghanistan? Can’t we at least expect this much heroism from the champions of the Western way of life in Central Asia?

In the meantime, allegedly 136 of the Afghans evacuated to Brandenburg have applied for asylum. However, about this act, which was actually a matter of course and expected for a non-local worker, some of those affected, and with them a few media, made a great noise. An asylum application submitted by an Afghan seemed to contradict the blank power of attorney that Interior Minister Horst Seehofer had given the evacuees at a press conference in August. The evacuated local workers and people at risk would not have to go through an asylum procedure, but would receive humanitarian protection under Section 22 of the Residence Act.

But what if an Afghan evacuated in this way is neither a local worker nor a person particularly worthy of protection? Does the word of the ever-manoeuvring interior minister then apply? Or do the normal statutory procedures apply? The actions of the Brandenburg state authorities seem to reflect this conflict, giving Afghans without local worker status the choice of either applying for asylum or leaving the state’s reception centers. Of course, these non-local workers should not have been evacuated from Afghanistan in the first place. And of course the fact that there are now 150 Afghans in Brandenburg who have never had anything to do with the federal government is due to an extreme lack of political fortune that undoubtedly prevailed around the glorious Afghanistan Airlift. Yet improper conduct is not glorious.

With vitamin B for residence status for humanitarian reasons

The consequences of this sloppy policy are being played out today by the employees of the Brandenburg immigration authorities. For it was they who wanted to force some of the “refugees” who had been illegally flown in into “conventional asylum procedures” — which in fact would have been an enormous demand on a “refugee”. This is how the RBB [Radio Brandenburg] saw it , which caused a storm on the Internet that had been triggered by an online video by the NGO Pro Asyl. But Brandenburg state radio killed the bird with the description of a very specific case. Because one of the unjustified arrivals, called “Hamid” by the RBB, is a former advisor to the Afghan Defense Minister. “Hamid” may have had something to do with the Bundeswehr now and then, but he never worked for them. He came to Germany thanks to his “contacts and friends in the German embassy”. Under normal circumstances this would be called corruption and nepotism. In this case, however, it is transfigured into a heroic act that must not be bogged down in the German bureaucracy. It is the swamp itself. 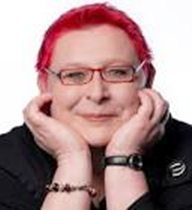 The vice chairman of the Brandenburg Left [Die Linke], Andrea Johlige, immediately declared: “I am stunned. The local staff was promised humanitarian admission to Germany in the summer. It is an outrageous process that these people are now supposed to be forced into the asylum system, which in many cases will be disadvantageous for them in terms of residence law,” whether they are even allowed to receive a residence status in Germany. At the same time, one wonders who was actually copying from whom: the RBB from the ex-SED politician, or was it the other way around?