I received the latest of a series of periodic injections in my left eye today (to treat wet macular degeneration), so posting will be somewhat light this evening. However, there will be a news feed at least, in addition to the article below.

The “Belgian” terrorist Hicham Chaib has been convicted in absentia by an Antwerp court.

Many thanks to Gary Fouse for translating this article from the French-language Belgian news portal 7sur7. The translator notes that Mr. Chaib may already be dead:

Updated: Wednesday, after two and a half hours of deliberation, the jury of the criminal court of Antwerp found Hicham Chaib (40), who was not present at the trial, guilty of the terrorist assassination of an unidentified prisoner in March 2016 in Syria 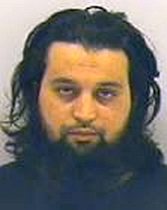 The former figurehead of Sharia4Belgium was at that time part of the terrorist organization Islamic State (IS). Images of the execution were spread on the internet a few days after the attacks in Brussels and Zaventem.

The nine-minute video surfaced on March 27, 2016. The attacks in Belgium were glorified, and in a monologue, Hicham Chaib took part in additional terror. At the end of the message, he killed the prisoner, dressed in orange and kneeling on the ground in front of him, with a bullet to the back of the head. The victim then received another bullet in the back. “The experts studied the video and concluded that the images were real and that the execution was not staged,” the jury stated. 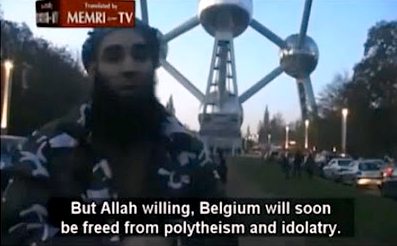 Aside from the terrorist assassination, Hicham Chaib also was found guilty of participation in the activities of the Islamic State and the threat of terrorist assassination, due to his threatening language toward the Belgian population in the execution video. Tomorrow [Thursday] the federal magistrate will request a sentence. Chaib faces a punishment of life imprisonment.

One thought on ““Belgian” Terrorist Brought to Justice — In Absentia”